Former Texas Congressman Robert Francis “Beto” O’Rourke is preparing to run against Texas Gov. Greg Abbott next year, according to Axios, which suggested the candidacy would give the anti-gunner “a path to a political comeback.”

O’Rourke became infamous for blurting during a Democrat presidential primary debate in Houston to years ago, “Hell, yes, we’re going to take your AR-15, your AK-47!” His presidential campaign came to a halt shortly thereafter, and his next big stroll into the spotlight, albeit brief, was at a Joe Biden campaign function when he appeared onstage to endorse Biden, who declared he would put O’Rourke in charge of his gun control policy.

According to Fox News, O’Rourke advisor David Wysong “sought to shoot down the rumors when reached by Axios, saying, ‘No decision has been made.’”

However, that may not really be the case. Alluding to unidentified “Texas political operatives,” Axios is reporting that O’Rourke “is expected to formally announce his 2022 gubernatorial bid…later this year.”

O’Rourke served three terms representing El Paso and the surrounding region of West Texas. He challenged Sen. Ted Cruz in 2018, and since then he has become something of a perennial candidate trying to maintain relevancy.

According to a recent poll by the Dallas Morning News, O’Rourke is pulling closer to Abbott, though there is a spirited contest between the ex-congressman and actor Matthew McConaughey, who has actually been polling ahead of the governor. McConaughey hasn’t said he is actually running.

Axios says an entry into the race by O’Rourke “would give Democrats a high-profile candidate with a national fundraising network.” Fox News suggested O’Rourke would be running apparently hoping to restart his political career in a state politically divided by hot-button issues like abortion, immigration and COVID-19.”

Democrats desperately want to take Texas away from Republicans, simply as a trophy that brings along a slug of Electoral votes. It has a strong economy—which it has maintained under Republican leadership—and a hardcore conservative voting bloc that includes a strong Second Amendment faction. An O’Rourke candidacy could slam hard into that wall.

If O’Rourke enters the race it will pit a conservative governor against what many see as a liberal extremist who wants to take guns away from Texans. Over the past couple of years, Texas has seen an influx of people moving out of blue states such as California and Washington to escape the taxes and gun control laws. 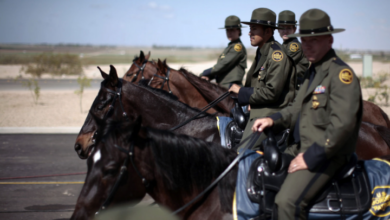