The self-hatred and false guilt that underpins so many indoctrinated Caucasian race fools, who have zero understanding of the real history of civilization, are doomed to be sheep for the slaughter. Most do not give a second thought to the bold and courageous settlement of cultural and  economic accomplishments that was established in the Southern region of Africa. Europeans achieved this prosperity and the Afrikaners provided the intellectual and work ethic value system that brought this high level of affluence. Since the sellout by F.W. de Klerk, the once rich country has sunk into the quick sand of a bone yard of dead carcasses.

Mike Smith concludes on #StopWhiteGenocideInSA about the de Klerk treason.

“On top of it he was manipulated by international agents using a “carrot and stick” approach, coercing him on the one side and rewarding him on the other. Instead of being a firm principled leader, F.W. de Klerk had feet of clay. Eventually he buckled, took the money and took the easy way out.

Although Justice dictates that a rotten traitor should be put up against the nearest wall and shot, today F.W.’s biggest punishment is to sit and watch South Africa slip into the abyss along with his “Yes” voters.”

This may seem harsh to some, but look at the hypocrisy that has been imposed since the capitulation to the kaffir sub culture. Their resentment brought the adoption of the Promotion of Equality and Prevention of Unfair Discrimination Act, 2000. With such an upright name, who could oppose such an objective? Well, in practice when a country hunt down their lions, and allows black wildebeests to run wild the grassy plains result is a repeat of the destruction of Rhodesia into Zimbabwe: Satellite photos show damage done to the country by seizing White farms.

Examine the actual attitude fostered when Black Politicians tell Blacks to KILL White Farmers. One such practitioner of the prevention of unfair discrimination attains a new meaning in spreading the survival game to the Afrikaners killing fields as a central theme to the political purge of productive farmers. In this case, the African version of “Gone with the Wind” will not see a rebuilding of Tara, as the history of the Scarlett O’Hara culture is buried beneath the disease from a society of a gang of thugs.

For all those tear shedding and UN Messengers of Peace like Charlize Theron, explain your support for the likes of Julius Malema. White Farmers in South Africa Are Four Times More Likely to Be Murdered Than Anyone Else, should not be a shock to anyone with an accurate and informed understanding of what is taking place in South Africa because Western Civilization has turned its back on our own heritage and traditional values.

The group said it is forced to compile its own statistics because the government stopped releasing its own figures more than 10 years ago.

The situation has worsened since the ruling African National Congress joined with the Economic Freedom Fighters party (EFF) earlier this month and announced a motion to confiscate white-owned land without compensation.

EFF leader Julius Malema, who was previously convicted of hate speech for singing the outlawed apartheid-era song ‘Shoot the Farmer,’ said two weeks ago: ‘We are starting with this whiteness. We are cutting the throat of whiteness.’

On Wednesday, he urged white South Africans to ‘go and live in a racist country like Australia’ in front of a cheering crowd during a Human Rights Day rally in Mpumalanga.

‘A racist country like Australia says, ”EFF wants to kill white farmers – they must come to Australia”. If they want to go, they must go. They must leave the keys of the tractors because we want to work the land.”

So take a quick look at what black politicians have said and written about wiping out the Boers, the killing of the Farmer and … apparently there’s nothing wrong or hateful about saying it!

Julius Sello Malema is a Member of the SA Parliament and Commander-in-Chief of the Economic Freedom Fighters. In order to understand the thinking of this deranged genocidal maniac, review his forbearer Nelson Mandela the Myth and the Reality. In his own words, this “Shoot the Boer” hater proves to be the animal his action manifests.

“I am here to disturb a white man’s peace, the white man has been too comfortable for too long … we have never known peace.”

“They have been living peacefully swimming in a pool of privilege because they always owned our land. Our peace was disturbed by white man’s arrival here. They committed a black genocide,” Malema said.”

Well, the mask is off and the enemy has identified why peaceful coexistence is an absurd concept. Patricia Doyle states the dilemma emphatically in Over 70,000 White Citizens Of South Africa Have Been MURDERED BY BLACKS – It Hasn’t Stopped.

“The world showed outrage at Apartheid in South Africa but not one word of outrage about the torture and genocide of people who are white.  They are massacred because of the color of their skin but no cries of racism come from Academia, Political institutions like the US Congress etc.  No one talks about the world’s most outrageous Apartheid government in the Zionist state of Israel.  What does the US do?  We recently gave them nearly $35 BILLION of the next ten years.  America supports racism and Apartheid in Israel because we are an Israeli vassal state.

So, where are the cries to save South African whites who built an entire civilization in that formerly virtually DESERTED portion of Africa hundreds of years ago.  (Look it up)  When the blacks came in numbers because life was good there, they were welcomed and integrated into society.  Yes, there was Apartheid but only because it was necessary…African blacks there hadn’t built even a 2-story building on their own, let alone possessed the skills to build skyscrapers and then to compete on the sophisticated world economic stage.  It was necessary to keep the nation prosperous and functional and that is why there was Apartheid.

Since the western communists and the communist blacks (the Mandela’s et al) in South Africa overthrew Apartheid, the country has been in a steady dive of death, horror, and economic ruin administered by countless black incompetent idiots who are intent on destroying a wonderful first world nation and sending it to a dystopian rape and genocidal hell.”

There are few topics more censored by the international press, ivory tower academics and governmental hacks that treasure their political correctness over their own historic culture and certainly more than self-preservation and survival of the white race. Just saying this truth qualifies one as a pariah in the perverted pomposity of the Promotion of Equality and Prevention of Unfair Discrimination Act.

Most of Africa is a sh*t hole, but then again so are the urban ghettos of multiculturalism throughout much of the world. As the producing farms in South Africa are surrendered back to the bush, starvation will ensue. Look to the road map of what happened to Rhodesia. View the video, David Frost Interviews Ian Smith, Rhodesian Prime Minister, for a perspective of what a functioning country was like under colonial rule.

Until brave historians bear the barrage of vile insults from the apologists for white genocide, our survival of the fittest will remain in doubt. If lies, intimidation, premeditated brutality and communal submission is allowed to continue, those who accept capitulation do not deserve to control their own destiny.

The factual forbidden history of the dark continent is that of a struggle against nature, over competing conquerors and combative tribes. In the 19th century the Boers hated the Brits but what might remain of their progenies should both unite to stamp out the Julius Malema’s, who mirror themselves after Robert Mugabe.

Failure to cleanse the country of would be dictators who are nothing but guerilla killers will end in a blood bath of European descendants and a collapse of economic commerce. Americans, be forewarned. The same fate awaits unless there is a profound awakening of our own heritage. 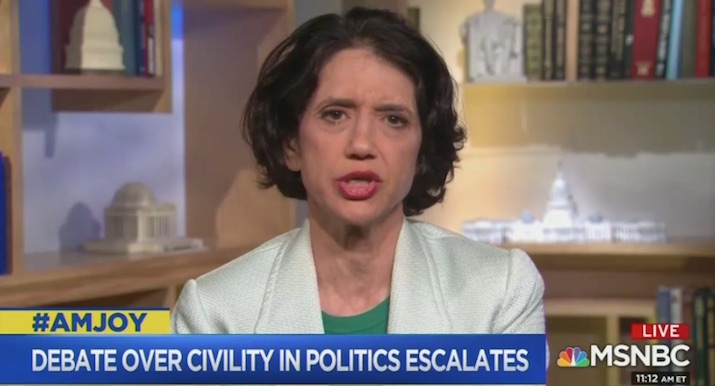