Jefferson County, Ohio Judge Joseph Bruzzese Jr. was shot and wounded in an ambush outside the County Courthouse on Monday.

“We’re starting to put this whole picture together, but basically what you have is the judge is going to work, these subjects were waiting for them. He comes up, shoots at the judge. The judge returns fire. We also have a probation officer that was behind the judge. He returns fire as he is shot at. The subject is deceased that he shot at.
This probation officer has done his job. He reacted to the threat, trying to save the judge and any other bystander that may have been in the area.”  Steubenville City Manager James Mavromatis

The courthouse has been closed the rest of the day, and maybe tomorrow as well, to conduct the investigation at the request of Sheriff Abdulla.

The suspect was the father of convicted rapist Malik Richard, whose trial was sensationalized by the media in Ohio. They called it the ‘Big Red’ rape trial. He reportedly shot the judge in the back this morning. The judge returned fire, but the Probation Officer walking with him killed the suspect.

The judge was talking as he was airlifted to the hospital, and officials say he is in stable condition.

Another suspect in the incident has been arrested. His name has not been released. Both suspects have a prison record, according to a local news outlet.

BREAKING: A black male is taken into custody after an apparent shooting – we just got on scene – working to learn more @WTOV9 pic.twitter.com/HFs5aZzHvw

Pending approval from 2 other commissioners, Commissioner Tom Graham says the courthouse will be closed tomorrow as investigation continues. pic.twitter.com/1nQe7iNilk

CONFIRMED: Commissioner Graham says the courthouse will be closed at the request of Sheriff Abdalla as the investigation continues. @WTOV9 pic.twitter.com/GW3AgYTx8L

Just spoke with City Manager Jim Mavromatis. Confirms body has been removed. They are working on notifying next of kin. @WTOV9 pic.twitter.com/zjy59JhdHv

Dozens of people who work at the courthouse are standing around the area — we’re being told that no one is allowed inside @WTOV9 pic.twitter.com/4M4fVQQGP7

Witnesses tell us they heard 7-8 gunshots fired, looked outside of their window and saw a deputy holding a man down @WTOV9 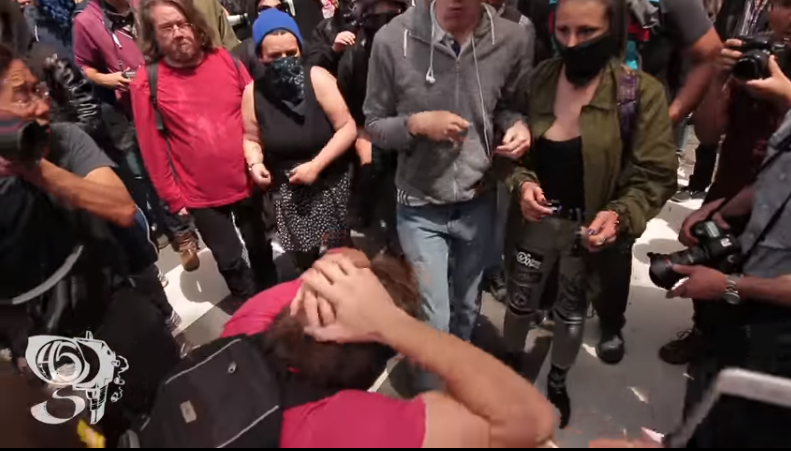