The ObamaCare fiasco…screw-ups that know NO bounds…where his ‘truths’ are NOTHING but LIES.

ObamaCare…the biggest policy LIE ever concocted and perpetrated on the American people by a sitting president….this will be Barack HUSSEIN Obama’s legacy…and ‘We the People’ will in the end have the last laugh for the main stream media seems to be turning against their self-appointed ‘supposed’ savior of us all.

And if the media does walk away from Obama maybe then the ‘truths’ they’ve hidden these past five plus years will suddenly see the light of day…will suddenly be told…and it can start with the LIES about the scandal de jour (and YES the so-called Affordable Care Act is indeed yet another scandal)…otherwise known as ObamaCare.

LIES…ObamaCare is NOTHING but LIES for to-date…and released via the main stream media…2 million Americans have already lost their private health care coverage…lost the coverage they were happy with and lost the doctors they knew and trusted…because of ObamaCare and Barack HUSSEIN Obama’s LIES.

And finally picking up on ‘We the People’s’ collective anger, some media outlets are actually reporting that the number of those being cancelled by their current insurance carriers, when all is said and done, could actually reach upwards of 16 million once happy with their plans American citizens…in other words 75% of the 19 million Americans who purchase individual health insurance will get cancellation notices because their policies do NOT meet the standards required under ObamaCare….and Barack HUSSEIN Obama and Barack HUSSEIN Obama alone will own that.

And with Obama now telling the American people what insurance companies they can buy into and what insurance companies they cannot…with Obama telling the American people what coverage they must have (like older women and older men being forced to pay for maternity care…I guess hell has indeed frozen over as it seems in Obama’s world menopausal women and older men can now ‘birth’ babies) and what coverage they can NO longer have…let’s NOT forget that ObamaCare actually dictates what people must pay…and the payments are high…higher than what people paid before ObamaCare. And why is that…simply because overcharging…subsidizing actually…is necessary to pay for the poor and those with pre-existing conditions, both of whom were once shut out of the system, and who are now signing up for either ObamaCare or for Medicaid enrollment…which by the way will soon reach a bursting point and then what happens when it does…just another disaster in waiting.

Obama’s game of ‘bait and switch’ first began with the LIES he told to get ObamaCare passed… knowing that without the LIES it would NEVER pass…and burying those LIES in legal mumbo-jumbo amongst a bill over 2700+ pages long…mumbo-jumbo that each and every American should be infuriated about…well almost every American because those with their hands-out…those existing solely by way of the ‘gimme-gimme you owe me’ mentality…will NEVER bite the hand that feeds them.

Or will they when the sticker shock of ObamaCare hits them…at least hits those that do NOT qualify for subsidies that is.

In other words, Obama was saying that those happy with their insurance policies and wanting to keep those policies would be ‘grandfathered in’ under ObamaCare…but he NEVER told the American people that after the bill was passed that HHS under Kathleen Sebelius adjusted and amended some wording and inserted regulations into the bill that took the ‘grandfathering’ clause out.

And so Barack HUSSEIN Obama willingly and knowingly NOT only bold-faced LIED to the American people but also did NOT divulge…deliberately kept hidden…important information and continued to do so for these next three years. Barack HUSSEIN Obama broke his promise to ‘We the People’ so he could further his socialist agenda…an agenda that includes his so-wanted federal government takeover of America’s health care system.

And the harsh reality is that America’s health care system was NEVER the problem…the problem was the way insurance coverage itself was handled as costs continued to rise. But these were fixable problems…ObamaCare is unfixable as it’s based on LIES and malignantly growing through those LIES. ObamaCare is fundamentally flawed and unworkable, and should be completely scrapped as because of those LIES America’s middle-class and working poor will both see major increases in their insurance premiums while getting less coverage, rationed medicine, and death panels as an unwanted bonus while Obama gets his wish of remaking our medical industry into a European style socialist health care system.

Calculatingly but oh so stealthily taking away even more of our once but NO longer taken for granted freedoms, the once honored, and respected office of President of the United States has been bastardized by this incompetent, usurping, lying and traitorous miserable excuse of a so-called president…bastardized by a man who has turned both the office of the presidency and our country itself into a worldwide laughing stock with NOT only the nightmare that is ObamaCare itself but with its companion joke of a non-functioning, seems to be unfixable in its current form, website…a website NO one will take the blame for.

But if we’re lucky, all Obama’s LIES maliciously done for political expediency alone…all the ObamaCare website screw-ups coupled with the sticker shock to ‘We the People’s’ pocketbooks…just might do what the birthers, the previous scandals, and Benghazi could NOT do…and that is call Obama to task as public support for Obama’s so-called signature piece of legislation is falling by the day…by the hour…and the main stream media for once is starting to report this truth. 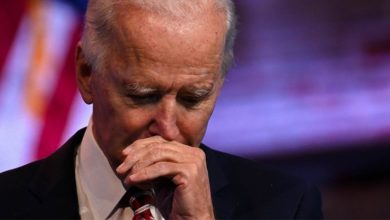