Intimidation: to make timid or fearful; to frighten especially to compel or deter by or as if by threats.

And so was and is the reality that is ObamaCare.

Barack HUSSEIN Obama and his minions threatened Americans with the fear of NOT getting medical care if they did NOT have health insurance…his version of health insurance…intimidated the middle class and the poor into hating the wealthy who could afford the best medical care their money or their insurance could buy.

And all the promises made by Barack HUSSEIN Obama that you can keep your own insurance if you like it…that you can keep your doctors if you like them…that death panels and rationed health care are just figments of Republican’s imagination… that under ObamaCare monthly premiums will be less than your monthly cell phone bill…well guess what…lies…it was ALL lies. And Obama knew he was lying from day one.

ObamaCare…NOTHING but laying the groundwork for what Obama believes will be a strong impenetrable Democratic base so that the liberal left remains in power in 2016, 2020, and beyond.

And sadly, ObamaCare did NOT have to be reality if the Republicans in the House had stood strong from day one and NOT caved into intimidation for fear of offending the poor…the minorities…and the ILLEGALS…the ILLEGALS who get the best medical care our country offers but who do NOT pay even one bloody dime for it.

But…and the House Republicans need to pay close attention here…as yesterday an article by Christopher Collins of the Paulding County Republican Examiner stated in very simple terms that if ObamaCare is removed from the government budget, presented and voted on as a separate ‘stand alone’ bill, ObamaCare can be defunded by the House.

And I say they can use defunding or at least delaying ObamaCare as leverage at the upcoming debt ceiling sure to be heated partisan battles.

And if that turns out to be the case, then the Senate and Obama can either vote YES or NO and if their vote is NO on defunding…which we know it would be…then ObamaCare can sit in the House with no funding forever for the House and the House alone is the one who funds or defunds taxes..and guess what…ObamaCare has been ruled a tax by the United States Supreme Court.

And yet for some reason NO one in the House or Senate picked up on this important fact.

Basing the above premise on information from Dr. Harold Pease, a leading Constitutional scholar, this is something everyone should have learned in high school for every student in government/economics 101 is taught that funding for taxes initiates in the House NOT in the Senate.

And as I mentioned before the Supreme Court ruled ObamaCare a tax for the individual mandate portion of it was ruled unconstitutional for it violated the ‘commerce clause.’ Therefore, Obama cannot make Americans buy health insurance or anything else for that matter…now or ever.

So why didn’t all our elected officials know this…that one nefarious word comes to mind again… intimidation.

And yet even putting intimidation aside, the bottom line remains that according to the Constitution all revenue (tax) bills MUST originate in the House and the House alone. And even though to some degree lines have recently been crossed as budget bills are now also being considered in the Senate as well, and with taxing being dictated by a sham of a president who has way overstepped his bounds, if we are to truly honor the Constitution then funding/defunding for ObamaCare MUST be initiated in the House alone.

And that means if funding was given…then legally funding can also be taken away as the Constitution…our rule of law…must be followed whether the Democrats like it or not.

And while the Senate may propose amendments to bills, the simple fact remains that to fund or defund anything …including ObamaCare…approval must first be gotten in the House. And if the House votes to defund ObamaCare than our taxpayer money cannot be spent on it, and it either dies outright or remains in permanent limbo.

It is that simple.

And even though mistakes were made in how the initial bill was voted on…they’re mistakes that can be rectified if the Republicans stand strong and do NOT cave to Democratic pressure, and if they make the funding/defunding of the horrible mistake known as ObamaCare their bargaining chip in the debt ceiling debate by insisting it be made a separate issue…insisting it be pulled out of general funding if the Democrats have any hope…let alone any chance…of raising the debt ceiling. And if successful in pulling it out of the general funding then the Senate would have NO power in denying the House request to defund Obamacare…and most importantly…Barack HUSSEIN Obama could NOT veto its defunding.

So Republicans now have one more chance and one more chance alone to rid America of the monstrosity know as ObamaCare. And they better stand strong as they know very well that ObamaCare will create a nation of part-time workers barely making ends meet in a now part-time economy where hard working middle class Americans are being shafted by a healthcare plan they do NOT like…they do NOT want…and most importantly…they do NOT want to be intimidated into buying. 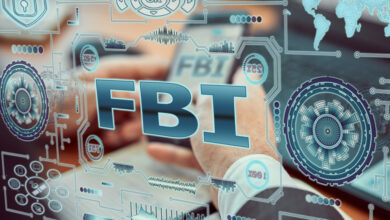