As Obama and his minions continue to blame Bashar al-Assad for the chemical attacks on Syrian civilians, a few days ago on Facebook I posted a short statement as to what I believed to be the truth in regards to the gassing of those civilians. I stated it was my opinion that the Syrian rebels, who are outwardly supported by al-Qaeda, and to whom I believe Barack HUSSEIN Obama was running guns and weapons to (can you say Benghazi), are the ones using the chemical weapons (of the same sarin gas type that Saddam used on the Kurds and moved to Syria before we went into Iraq) on their own people and blaming it on Assad.

I further stated that I believed this to be the case because Assad’s military forces are gaining ground against the rebels…rebels who are actually jihadists and NOT opposition fighters for Syrian freedom, but fighters who want to turn once somewhat secular Syria (albeit a dictatorship) into yet another islamic state. And to that end, what better way to turn world opinion against Assad than to claim he’s the one gassing the civilians.

And now it seems I was right for according to both Syria’s information minister, Omran al-Zoabi, who said Syrian rebels were the ones who fired rockets containing chemical agents last Tuesday, and with the official Syrian Arab News Agency, reporting that the Syrian military has uncovered a large secret store of chemical weapons in the tunnels beneath the heavily contested Damascus suburb of Jobar, and that these weapons were NOT put there by Assad’s forces for this discovery…in the former rebel stronghold…
shows that it was the al-Qaeda backed Syrian rebels who were the ones using chemical weapons against civilians NOT Assad.

And as they are clearing the tunnels, Assad’s soldiers are being physically affected (some critically) by the chemicals stored there. In addition, in a warehouse in Jobar, Assad’s soldiers also discovered stockpiles of toxic poison antidotes with ‘The Qatari-German Company for Pharmaceutical Industries’ label on them along with materials labeled ‘Made in KSA’ (KSA stands for the Kingdom of Saudi Arabia), as well as a large number of protective masks…masks worn to protect one from inhaling poison gas.

But really this is NO surprise as the governments of both Saudi Arabia and Qatar are strong supporters of the Syrian rebels, so finding these items in a rebel warehouse…in a former rebel stronghold…puts the pieces of the puzzle together quite nicely. Remember, Turkey is widely known as being the middleman between these two countries and the Syrian rebels, and with Ankara publicly denouncing Assad even while they deny any involvement in moving weapons to the rebels, a definitive connection is starting to emerge that ties Saudi Arabia, Qatar, Turkey, and Barack HUSSEIN Obama’s in-your-face loyalty to them with the happenings at Benghazi (the infamous photo of an American president bowing down to the Saudi King comes to mind).

And for we patriots everything points back to Benghazi…the truth about Benghazi and why Ambassador Christopher Stevens needed to be silenced…a truth I have spoken of time and again since day one…the truth that (I believe) shows Barack HUSSEIN Obama was ‘under the radar’ smuggling guns and weapons (including possibly these just used chemical weapons) through Turkey to the Syrian rebels, and that he was even aided in that task by both his allies Saudi Arabia and Qatar…after all the findings in the warehouse seem to indicate just that.

And now we know Vladamir Putin was right in his choice to back Assad’s forces as our miserable excuse of a president is aligning America with the enemy.

Once again the old saying that ‘blood is thicker than water’ has been proven to be true…for the muslim blood coursing through Obama’s veins trumps all allegiance to the country he twice ‘usurped’ an election to lead.

Remember, Assad has always said that he has NEVER used chemical weapons against his own people and his prime ally Russia…with the discovery of the chemical weapons cache and where they came from…has now issued statements saying that the al-Qaeda backed rebels most likely launched the newest attack themselves to try to garner both international sympathy and support for their cause…a truth really that most are too blind to see…a truth being to add Syria to the growing islamic caliphate ruled by the doctrines of strict sharia law…the same sharia law Barack HUSSEIN Obama slowly has allowed to creep into America’s judicial system…the same sharia law he allows into our government by appointing Muslim Brotherhood members to positions of power and policy making.

And as even more pieces of the puzzle are fitting together, remember back in April a pledge of allegiance by Syrian rebel Abou Mohamad al-Joulani, chief of Jabhat al Nusra (the main faction working to overthrow Assad) was given to al-Qaeda, and was responded to with an announcement by the al-Qaeda affiliate in Iraq…the Islamic State of Iraq…that it would work with al Nusra to that end. And now with proof found in a warehouse in Jobar…Saudi Arabia and Qatar are tied into this as well, and Obama is tied into them.

And in his position as Commander-in-Chief (heaven help our troops with that one), and without a UN ‘supposedly’ required mandate, Obama has ordered, via the Pentagon, US naval ships to move closer to Syria. Four Tomahawk cruise missile armed warships are now in the Eastern Mediterranean but without immediate orders for any missile launch into Syria (of the kind that he did against Libya without a UN mandate in 2011), according to Defense Secretary Chuck Hagel.

“If the US goes in and attacks another country without a UN mandate and without clear evidence that can be presented, then there are questions in terms of whether international law supports it,” Hagel croaked in a Friday interview on CNN.

A UN mandate…what a joke that is as the rogue nation of Iran has warned the US on its own against initiating any military intervention in Syria.

“Iran has announced several times that there is no military solution to the Syrian crisis, these provocative measures and moves make regional issues more complicated and fuel tensions,” Iranian Foreign Ministry Spokesman Abbas Araqchi said. “The Syrian problem could be resolved only through a peaceful solution and there is no international permit for military meddling in Syria,” he added.

And you just know Barack HUSSEIN Obama will back down…after he has saber rattled for a bit for his next photo-op…and will comply with the wishes of Iran for his ‘red line in the sand’ does NOT apply to his brethren in the rebels, and it NEVER has.

So with Obama, the Syrian rebels, al-Qaeda, Saudi Arabia, Qatar, and Turkey now proven to all be one and the same what more could possibly be needed to prove that Barack HUSSEIN Obama is actually ‘aiding and abetting’ the enemy.

Now if only the media would get on board and stop reporting what Obama wants them to report about Syria and its ties to Benghazi and start reporting the truth…but I’m NOT going to hold my breath for that one…and I hope you won’t either. 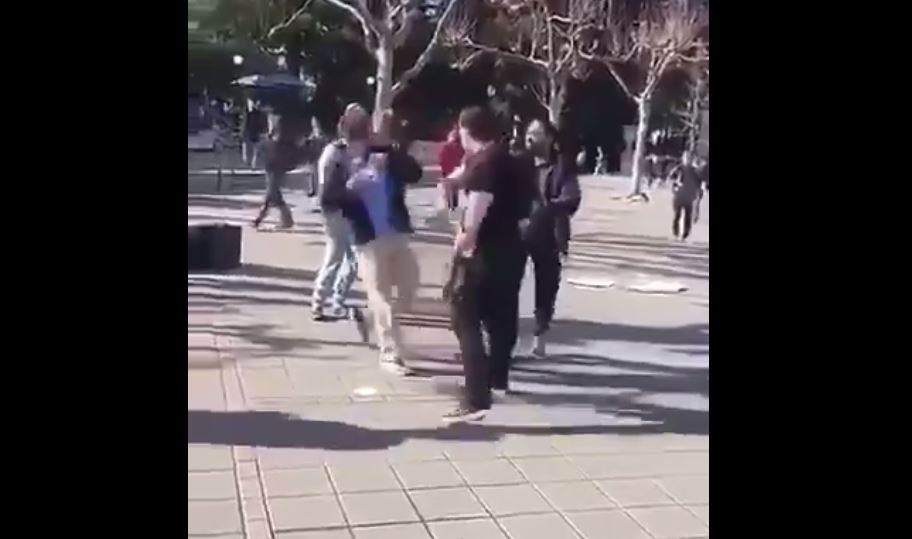