In the polite world of diplomatic-speak, there is “no ill will” in a Donald Trump-ordered directive that each and every Barack Obama politically-appointed ambassador leave his or her post no later than Inauguration Day.

And according to a report by the overtly Trump-hating New York Times, The Donald has made clear that his Dec. 23 directive be obeyed “without exceptions.”

Needless to say, the hyperventilating from the Obama camp is catastrophic, nearing Biblical proportions.

As breathlessly reported by Julie Hirschfeld Davis of the NYT, Trump is guilty of “breaking with decades of precedent by declining to provide even the briefest of grace periods.”

Blatantly more concerned with the personal convenience of most of the Obama appointees having to deal with the heartbreak of their children having to change schools mid-year, scant amounts of ink were spilled regarding that the overwhelming majority of Obama appointees were major donors to Obama’s various political campaigns and/or the Democratic Party.

Ignored by The Times is that career (non-partisan) Foreign Service Officers are exempt from the Trump Directive.

Also ignored is that the US Embassies that will be temporarily without an ambassador on site will be headed up by the Deputy Chief of Mission (DCM).

According to the official website of the State Department, the DCM is also a career (non-partisan) Foreign Service Officer who routinely “acts as Charge d’Affaires (person in charge) whenever the Ambassador is absent.”

As partially reported by The Times;

President-elect Donald J. Trump’s transition staff has issued a blanket edict requiring politically appointed ambassadors to leave their overseas posts by Inauguration Day, according to several American diplomats familiar with the plan, breaking with decades of precedent by declining to provide even the briefest of grace periods.

The mandate — issued “without exceptions,” according to a terse State Department cable sent on Dec. 23, diplomats who saw it said — threatens to leave the United States without Senate-confirmed envoys for months in critical nations like Germany, Canada and Britain. In the past, administrations of both parties have often granted extensions on a case-by-case basis to allow a handful of ambassadors, particularly those with school-age children, to remain in place for weeks or months.

Mr. Trump, by contrast, has taken a hard line against leaving any of President Obama’s political appointees in place as he prepares to take office on Jan. 20 with a mission of dismantling many of his predecessor’s signature foreign and domestic policy achievements. “Political” ambassadors, many of them major donors who are nominated by virtue of close ties with the president, almost always leave at the end of his term; ambassadors who are career diplomats often remain in their posts.

A senior Trump transition official said there was no ill will in the move, describing it as a simple matter of ensuring that Mr. Obama’s overseas appointees leave the government on schedule, just as thousands of political aides at the White House and in federal agencies must do. The official, who spoke on the condition of anonymity about internal deliberations, said the ambassadors should not be surprised about being held to a hard end date.

The directive has nonetheless upended the personal lives of many ambassadors, who are scrambling to secure living arrangements and acquire visas allowing them to remain in their countries so their children can remain in school, the diplomats said. They spoke on the condition of anonymity because they were not authorized to comment publicly on the matter.

“When you have people out there whose only reason for being an ambassador is their political connection to the outgoing president of a different party, it’s pretty logical to say they should leave,” said Mr. Neumann, a career Foreign Service officer who held ambassadorships in Algeria, Bahrain and Afghanistan. “But I don’t recollect there was ever a guillotine in January where it was just, ‘Everybody out of the pool immediately.’” 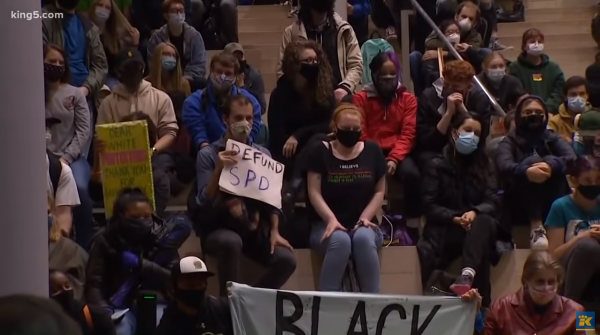