Gen. Keith Alexander said US intelligence is the latest in a long line of Obama administration officials to commit perjury in testimony to Congress.  Alexander testified that Snowden lied when he claimed he could tap into anyone’s email, including Obama’s, once he had the email address.

“It’s dozens of terrorist events that these have helped. Both here and abroad, in disrupting, or contributing to the disruption of terrorist attacks.”

He also said leaker Edward Snowden lied when he claimed that by using his NSA access he could “tap into virtually any American’s phone or e-mail.”

First of all, Alexander claims that the program stopped dozens of terrorist attacks.  Both Sen.  Ron Wyden and Sen. Mark Udall, both democrats on the intelligence committee both claim that evidence produced to them does not back up that claim and in fact any useful information was available through easily accessible other means.  Secondly, a weekend dump reveals that what Snowden said was completely accurate.

Rep. Jerrold Nadler, a New York Democrat, disclosed this week that in secret briefings with the NSA, it was revealed that phone calls and emails could be accessed without a warrant, simply because an analyst like Snowden decided to do it.

“If the NSA wants “to listen to the phone,” an analyst’s decision is sufficient, without any other legal authorization required, Nadler said he learned. “I was rather startled,” said Nadler, an attorney and congressman who serves on the House Judiciary committee.”

That means a low level analyst can of their own volition, tap into your phone calls or read your email.  It would be a piece of cake for liberals to plant their people into the NSA program to monitor conservatives, lawmakers, and those who donate money in support of them.  After what we have learned from the IRS scandal, I’d say it was more likely than merely possible.

Reports say that the government is able to store not just the list of phone calls but the actual conversation itself in their Utah facility, where it can be accessed whenever there is a perceived need.  This too, flies in the face of what we have been told.  Consider this.  You decide to run for state senate.  Your democratic opponent may have access to all of your personal calls, emails and texts.  And that goes for any other office, up to and including the presidency.

In November of 2012, I warned my readers that the petitions to the White House were about creating a database of information for Obama rather than a serious effort to hear what Americans think.  Some were so angry they blocked me, others were so angry, I blocked them.  My only regret is that I can’t stick out my tongue and say, “I told you so.”  That information can be used for future elections and people handed it to them on a silver platter.  They have your email addresses.  They can now read your mail more often than you do.

Verizon and AT&T are protected from civil or criminal prosecution on the information the government accesses through the Foreign Intelligence Surveillance Act, also known as the FISA Amendments Act.  This surveillance may be accessed with permission from the head of the DOJ or by the head of the NSA without a warrant or permission from a secret court.  Eric Holder can give permission to access phone calls and emails of any conservative writer, politician, or donor like Adelson.

Sen. Diane Feinstein, chairman of the Senate Intelligence Committee, acknowledged just this week that the NSA could indeed listen to the content of the calls they intercepted.  Director of National Intelligence Michael McConnell, told congress  that he believed the president had the constitutional authority, no matter what the law actually says, to order domestic spying without warrants.  Obama:, Hey, Eric, get me everything we have on Sandy Adelson.”  That’s all it would take.

Former FBI counterterrorism agent Tim Clemente told CNN that old phone calls could be accessed and it’s contents reviewed, also conflicting with what Obama regime officials have testified to congress.  That means not only is the record of the call kept but the content as well.

NSA Director Keith Alexander said this week that his agency follows the law.  That statement is untrue.  They follow the law as they interpret it.  The New York Times did a piece back in 2009, that said intelligence had violated the law and Jameel Jaffer, director of the ACLU’s Center for Democracy said that NSA had exceeded the intent of the law.

This is getting curiouser and curiouser, as Alice would say. 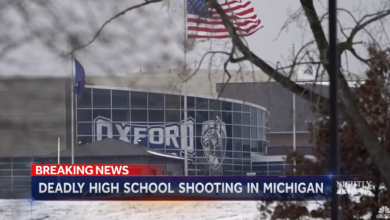