Last night Obama was on the Jay Leno Show.  Isn’t it funny that this president refuses to answer the press’ questions or questions from American citizens and would rather appear on a late night show? 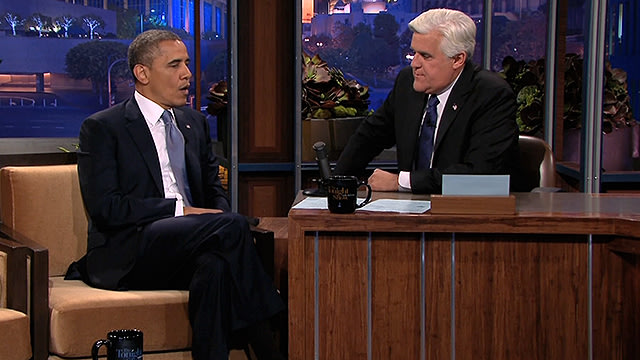