Nottinghamshire UK has come up with a pointless method of handling domestic abuse. Pointless knives, that is. Authorities in Nottinghamshire have been swapping out the knives of homes with history of domestic abuse with the pointless variety of knives to “reduce crime” during a pilot program. The program is voluntary, not mandatory.

“We do see a fair amount of knife-related incidents in domestic abuse, not just on the streets. This is a measure we need to take. We want to reduce that risk. It is a trial. We have about 100 of them – and we have so far given out about 50. The knife is blunt at the end – but still functions as a knife – so you can’t stab someone.” Nottinghamshire Police Superintendent Matt McFarlane Nottingham Post and Blue Lives Matter

Of course that precludes the idea that someone might slice their adversary with the straight edge. Or grab another implement just as deadly. Maybe a fork? Will Nottinghamshire pass out plastic sporks next? And what about the person behind the knife? Is anything being done about that?

One issue is they are passing the knives out to the victims of domestic violence when they have a history of being threatened or stabbed by a partner.

In domestic violence situations, usually the abuser is the one in total control. Victims may stay in the home and not leave even with the threat of death – sometimes out of fear for the children, sometimes from feelings being “unworthy” of anyone else. Sometimes they return to the abusive relationship.

“I see the intent of what they are trying to achieve but it is not solving any problems. If a victim is seriously harmed or murdered with another instrument after you give them a blunt knife then the police will have serious questions to answer given they had identified the victim as being at risk. If someone is grabbing knives out of kitchen drawers then they are a homicide threat. If there is not a knife handy in the drawer, they will do something else. They could grab a rolling pin.” Charlotte Kneer, head of the battered women’s shelter in Surrey (The Independent UK)

And that’s what gun rights advocates have tried to tell liberals all along: it’s not the tool, it’s the person behind the tool.

For its part, Nottinghamshire police are just “giving this a trial” with domestic abuse cases to see if they can reduce the stabbings.

“Sometimes you have to trial things to see if they work. Anything that stops someone being seriously injured is a good idea.” Matt McFarlane 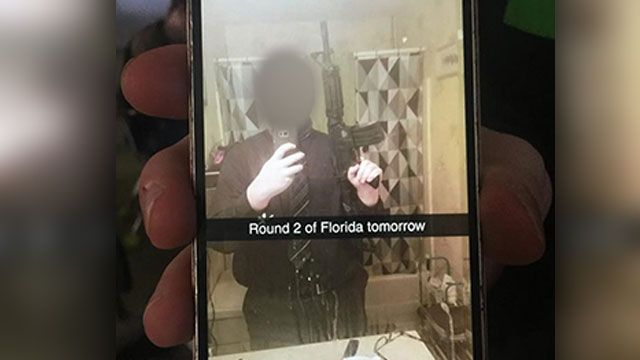