In the continuing agenda to destroy civilization as we know it, now activists at Notre Dame University are demanding that at least 50% of white male authors be removed from the curriculum. (Breitbart). Apparently they believe that it’s just too much to read something written by a white guy. The idea is just one of the demands of a group calling itself “End Hate at Notre Dame.” Do they even see that their own hate toward white males is driving this demand? Apparently not. 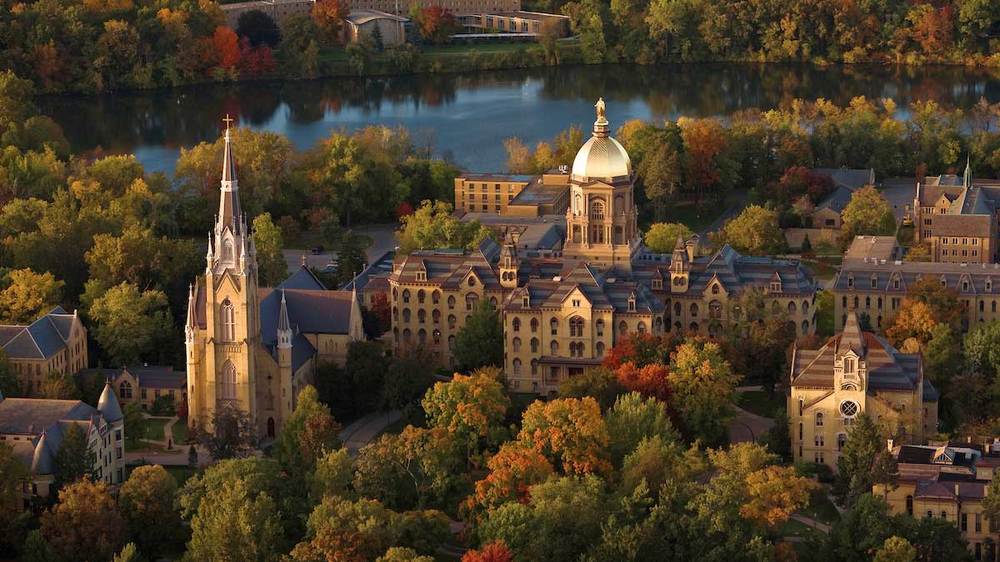 “Cultural competence is key in building empathy for marginalized folks. No course or program of study should have a view limited to white, western, and/or male voices. We demand that people who are of Color, Indigenous, Black, queer, or not male are represented in the authorship of at least half course and major required readings. Diversifying the canon helps eliminate the violence of only privileging white scholarship. Everyone should see themselves represented in coursework.” End Hate at Notre Dame

Meanwhile, “End Hate at ND” also held two protests this past week to challenge a dorm policy they say they believe enforces a “white, cis-heteronormative hegemony.”

Students of the opposite sex are not permitted to enter the living areas of all-female or all-male residence halls after midnight on weekdays and 2:00 a.m. on weekends — a policy known as parietals.

But this policy puts LGBTQ students in danger, the student activists allege.

“Parietals effectively erase the presence of queer folks on Notre Dame’s campus. They help enforce heteronormativity and gender norms that propagate homophobia in the form of microaggressions, slurs, and a spirit of exclusion,” said junior David Phillips in a column in the Observer explaining the protesters’ reasoning.

Protesters staged a sit-in at an all-male residence hall on November 17 from 2:00 a.m. to approximately 5:00 a.m. to directly challenge the policy.

Is protesting a new class?  Notre Dame is a Catholic University. These activists met with Father Bob Loughery at Sorin Hall as he read from the book of Luke. The next time they staged a protest, they abided by the University rules. But they didn’t want to, and their “demands” reflect that issue.

If these activists do not want to abide by the rules of Notre Dame, they should take their plan to “decolonize” the University elsewhere. the rules were made for the benefit of students who want to learn. Anyone else should take a hike.