Even after moving on from her job as the National Security Advisor to Barack Obama, Susan Rice, the former security “expert” and US ambassador to the United Nations is still making headlines.

For those who’ve been in a news-coma the past few days, it’s been breaking that Rice not only ordered the “unmasking” of those on the Trump White House transition team, but according to Tucker Carlson’s The Daily Caller,  Former US Attorney: Susan Rice Ordered Spy Agencies To Produce ‘Detailed Spreadsheets’ Involving Trump.

In light of the recent allegation against her, many are finding her claim of just a few days ago, with regards to the unmasking of members of Team Trump, “I know nothing.”

In a curious turn of events, Rice did admit to her wrong-doing while appearing on MSNBC, albeit that was never what she meant to say.

As noted by Breitbart.com, Rice told Andrea Mitchell on live TV, “I leaked nothing to nobody.”

By virtue of using a double-negative, Rice was actually admitting that she had leaked something to someone.

Either that, or the Obama big shot never grasped the intricacies of primary school English.

But I digress, as reported by The Hill news portal during the summer of 2014, Rice was again caught lying.

She doubled-down on defending her claim that Army deserter Bowe Bergdahl “served the United States with honor and distinction.” As reported;

White House national security adviser Susan Rice on Friday defended her remark about how Army Sgt. Bowe Bergdahl had served in the military with “honor and distinction.”

The comment has come under fire amid conflicting reports about whether Bergdahl deserted the Army in Afghanistan before being captured by the Taliban and held as a prisoner for five years.

Speaking to CNN’s Jim Acosta from the 70th anniversary event to mark D-Day in Normandy, France, Rice said her remark about Bergdahl was describing his decision to enter the military in war time.

“I realize there has been a lot of discussion and controversy around this,” Rice said to CNN about that remark. “What I was referring to is the fact that this was a young man who volunteered to serve his country in uniform at a time of war. That in itself is a very honorable thing.”

“But ‘honor and distinction?’ ” Acosta asked.

“Jim, really,” Rice said. “This is a young man whose circumstances we are still going to learn about.”

But the individual that Rice claimed to have served his country and fellow soldiers with honor and distinction is still facing the most severe of all military trials, a general court-martial. Specifically, Bergdahl is charged with violating two counts of the Uniform Code of Military Justice.

The Army said today Bergdahl has been charged with two counts under the Uniform Code of Military Justice: one count of “desertion with intent to shirk important or hazardous duty” and one count of “misbehavior before the enemy by endangering the safety of a command, unit or place.”

The second count is the more severe of the two, carrying a potential sentence of “confinement for life” should Bergdahl be convicted. Both charges also potentially carry a dishonorable discharge, a reduction in rank to private, and a total forfeiture of all pay and allowances.

But it turns out that lionizing Bergdahl wasn’t the first nationally televised departure from the truth for Rice.

In the wake of the Benghazi debacle that resulted in the deaths of four Americans, Rice made the rounds on the Sunday morning shows to perpetuate the Obama narrative.

As Breitbart.com reported at the time;

Rice told Fox’s Chris Wallace “what sparked the recent violence was the airing on the internet of a very hateful, very offensive video.” She told CNN’s Candy Crowley, “There was a hateful video that was disseminated on the internet… That sparked violence in various parts of the world…” She told ABC’s Jake Tapper, “What happened this week in Cairo, in Benghazi and many other parts of the region… was a result, a direct result, of a heinous and offensive video that was widely disseminated…” She gave similar answers to NBC’s David Gregory and CBS’s Bob Schieffer. In every case, the Benghazi attack was either framed as part of the response to the video or an attempt to replicate the Cairo response to the video.

In fact, later investigations made clear there was no protest similar to what took place in Cairo. The attack in Benghazi took place with no warning except for a guard caught taking photos of the compound earlier in the day. This incident led Sean Smith to tell a group of online gamers, “Assuming we don’t die tonight. We saw one of our ‘police’ that guard the compound taking picture.”

There was other evidence available prior to Rice’s appearance on television on the 16th that indicated Benghazi was not a situation where a protest had gone wrong. The first word of the attack to the CIA Annex from one of the Diplomatic Security agents on scene was simply, “Benghazi under fire, terrorist attack.” 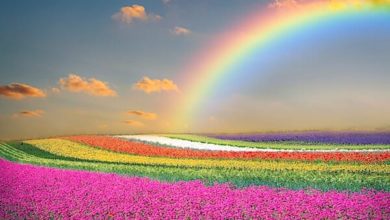