NOT a week goes by without finding out about another attempted jihadi attack, be it frontal or stealth. And never mind all those who come to a “successful” conclusion!

BE that as it may, the west’s captured media, in lockstep with political leaders and so-called elitists, have their narrative(s) down pat: the “aggrieved other” are either mentally unstable, deprived, confused, radicalized, or just plain not responsible for their actions. As if on cue, the scribblers never, ever identify the core and key denominator: Islam. Period.

AND so it goes.

SAID mind-boggling fabrications are akin to reports describing arsonists – even while matches are still in their hands – but then only to turn around and deny that said pyromaniacs have any attachment to fire and zero intent to set one thing or another alight! Wouldn’t such “reportage” be deemed beyond the pale? Of course. What about serial rapists and the like, even when caught with their pants down and on top of their victims, are they too not responsible for their actions? You get the picture. Concomitantly, who are the real crazies?

STILL yet, when it comes to militant Islamic jihadists, as people/targets continuously go boom, these same media types leave out the obvious, offering up excuse after excuse for far too many unfortunate “accidents.” Dangerous madness.

SO it is into this twilight zone netherworld that non-comatose Americans, Canadians, and assorted westerners find themselves, as militant Islamic jihadists encircle their prey, with nary a leader (other than a mere handful) willing to identify, deal with, the poison within.

EVEN so, for purposes of immediate clarification and remediation, in a nutshell,ISLAM is a nihilistic political-socio, quasi religious structure. Forthwith, it must be exposed, excised, and expelled from the west, that is, if western civilization is to survive. It is that simple and that dire. In fact, Islam and Blood spells it all out, at least for those who are truly willing to identify and face the existential dangers at hand.

READERS, in light of the above disinfectant, how shocking is it to find out that another ! of Allah’s Muslim Terrorists stole a plane and crashed it for this and that “misunderstood” reason? Also, how coincidental is it that the same scenario played out in 2009, and with Canada and America as backdrops? And isn’t it a tad suspicious that jihadi papas are always equally shocked by their spawn’s “inexplicable” actions? Coincidences? You decide.

The RCMP is now leading the investigation into a stolen plane that mysteriouslycrashed in Peterborough, Ont. last week (August 12, 2016) and multiple sourcesconfirmed it was being treated as a potential “national security issue.”

Twenty-year-old Mohammad Hassan Chaudhary of Markham, Ont., was killed after the small Piper Tomahawk aircraft he allegedly stole from the Markham Airport crash landed just before 1:30 a.m. Friday near the Landsdowne Place mall in Peterborough’s south end about 140 kilometres east of Toronto.

A source close to the investigation told Global News something was found in the wreckage that concerned police, while the owners of the stolen Piper Tomahawk said their plane was full of fuel and was capable of flying up to five hours.

His father, Afzal Chaudhary, says his son lived with schizophrenia and is shocked he was able to steal and fly the plane without a “single minute” of flight training. Mohammad has a criminal history. He was charged in connection with an alleged armed robbery at a gas station with a pellet gun in September 2015.

Chaudhary said at first he was not sure how his son was able to get to the airport and allegedly steal a plane undetected, adding that Mohammad didn’t have a driver’s licence or permission to use the family car. “I think he went on the bicycle,” Chaudhary said.

UPDATE at 7 p.m. ET: Despite numerous requests, the RCMP repeatedly declined to comment further. After this story was published, an RCMP spokeswoman called to inform Global News she had “just got information” they had found “no national security aspect.”

HMM…the ubiquitous “mentally ill” mantra and spin, ala the “twinkie” defense via this and that mendacious lie, hardly ceases to spin, bob, and weave. Never-ending.

BUT never mind. Let’s just hark back to April 2009, a mere 7 years ago, and decide if these two jihadi scenarios have more in common than not.

You’ve probably heard about the case of Yavuz Berke a/k/a Adam Leon, a Turkish-born Muslim who stole a Cessna from a Canadian flight school yesterday and flew it here to America, where he was arrested.

This isn’t the first time and it won’t be the last, post-9/11, that a Muslim or Arab with bad intentions, stole a light aircraft in North America and flew it in the U.S.
As you’ll recall, not long after 9/11, Tampa, Florida teen Charles Bishop (real surname: Bishara) stole a light plane from flight school and deliberately crashed it into a Tampa office building. He was headed in the direction of CENTCOM, which is not far from the area. He left a note, which authorities held until after the Superbowl. In the note he said that Osama Bin Laden was going to target the Superbowl. Bishop-Bishara was half Syrian, living with his mother, and it was believed he was trying to reconnect with his Arabic roots.

But despite all that, Bishop-Bishara’s family blamed the incident on the acne drug Accutane and his alleged psychological state. Leaving strange notes and blaming it on the psyche–that’s the usual dismissive tone we see with regard to Muslims and Mid-Easterners who seek to do us harm. Gee, they have such a high incidence of “mental problems,” just as they’re trying to kill us.

Fortunately, Berke landed and was finally arrested before he did any real harm, but he certainly had the opportunity to do so.

A pilot who allegedly stole a Cessna plane from a Canadian flight school and was pursued for hours across the Midwest by fighter jets, was taken into custody after he landed on a Missouri highway late today and took off running, an FBI spokesman said.
The pilot landed the single engine Cessna 172 on U.S. Highway 60 in Ellsinore, Mo., at approximately 9:50 p.m. ET, and was caught by Missouri State Highway Patrol officers, FBI spokesman Rich Kolko said.
The pilot was identified as Yavuz Berke, formerly known as Adam Leon, a 31-year-old naturalized Canadian citizen who was born in Turkey, Kolko said.
The plane had been escorted by two F-16 fighter jets since shortly after it crossed into U.S. airspace from Canada, and the pilot did not respond to multiple requests that he establish communications with ground controllers.
Burke was apparently treated for depression last Friday and left his girlfriend a good-bye note, Canadian officials told the U.S. government. Berke’s vehicle was left at the airport in Canada with the keys still in it.
A Customs and Border Protection aircraft also closely monitoring the Cessna. . . .
“Apparently, somebody jumped over the fence and just jumped into an aircraft,” Judi Maundrell, the college’s vice president of academics and student services, told the Thunder Bay News Source. “It was sitting as usual parked on the ramp. They keys are in all the aircrafts because students are using them.”

Authorities are claiming there was no bad intent here because Berke passed over highly populated areas and did nothing to them. Well, so what? He’s just testing the system for the real thing.

It’s ironic, isn’t it, that while Barack Hussein Obama was busy pandering to Muslims over in Turkey, one of their countrymen and co-religionists is testing our security in the skies over here.

This isn’t just an incident of an insane individual. It’s far more.

WHAT will it take, if anything, for the truth to finally sink in and to shout it from western rooftops?

AGAIN, as the saga goes, they tend to”suffer” from various mental afflictions, or so the confabulators and apologists tell us. Yes, the spinmeisters have concluded: they need “counseling”, not criminal charges!

INHERENTLY, one needn’t be an investigative journalist nor a Brotherhood Mafia expert to diagnose the toxins enveloping the west. But one has to be willing to stand up to the powers that be, those who are willing to sacrifice the nation – and many innocent lives – for various political and ideological ends.

BESIDES, how many times can the same lies be offered up after each and every act of domestic jihad, be it in San Bernardino, Orlando or anywhere else? And aren’t there more than enough obvious patterns of denial, deceit, obfuscation, etc. for patriots to start taking matters into their own hands, whatever that may entail?

CONSEQUENTIALLY, even after 9/11/01, Americans and Canadians alike – who share a northern border, neighbors, and supposedly have common values – aren’t being told the truth about what lies in wait. Not even close.

RESULTANT, how much more evidence is required for patriots to rise up and shout: E N O U G H of all the dangerous lies??

MOST significantly, does anyone believe that the above “escapades” are one-offs, two-offs, and so on and so forth? Not only that, how many of Allah’s soldiers are waiting in the wings, so to speak, to commit this and that act of jihad – “mental” challenges beside the point? 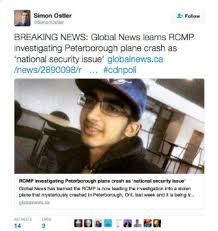 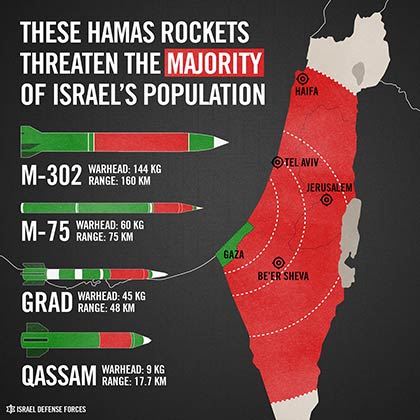 EMERGENCY APPEAL FROM LOD’S JEWISH CITIZENS: The Current Kristalnacht; A Pogrom/Farhood By Israeli Arabs Against Jews….As Hamas/PIJ Shoot Missiles/Rockets Into Civilian Areas – Terrorism At Its Core!