The J6 ‘Unselect’ Committee is so shady it makes Adam Schiff almost look like a straight arrow. But Trump is unafraid of them and ready to beat them at their own game.

Not only is he not wilting under the relentless attack of a hostile left, the fight seems to be energizing him.

FoxNews sources even report that how he would respond to a subpoena is still an open question, he ‘loves the idea’ of standing before it and putting THEM in the hot seat.

The source said that if Trump complied with the subpoena and testified, he would “talk about how corrupt the election was, how corrupt the committee was, and how Nancy Pelosi did not call up the National Guard that Trump strongly recommended for her to do three days earlier on January 3, 2021.” –FoxNews

Since we all know how the left loves using cherry-picked soundbites to distort the truth, maybe Trump should Livestream the whole thing. Better yet, he could set up a Pay-Per-View and use it to fund his SuperPac and/or 2024 Campaign with it. Can you even imagine…?

Sorry about that, where were we? Oh yes, Liz Cheney’s last desperate act of revenge against the outsider who upset the Uniparty establishment grift game.

We’ve all seen how the ‘select’ committee loves to ‘select’ cherry-picked information that lines up their preferred ‘insurrection’ narrative. Meanwhile, they are all going well out of their way to ignore anything that might exonerate Trump — like unanswered questions about Pelosi’s role in rejecting the 20,000 National Guard Trump had offered to provide security that day.

Every committee member was already spot-welded to that NeverTrump insurrection narrative long before the committee was ever formed.

They have been weaponizing their power to run roughshod over citizens’ rights — rights that even our police have no right to ignore. More than a year later, they organized a made-for-TV event to present their most damning (and dubious) evidence with no opportunity for rebuttal… just in time to shape the narrative for midterm elections!

And why wouldn’t they try this stunt? It has worked before. Democrats pulled almost the same trick with the completely bogus Mueller investigation. The cloud of suspicion they ginned up with a compliant media put the gavel back in Pelosi’s hands. To this day, Democrat sheeple still obediently bleat out that tired Putin’s Puppet narrative the media taught them to recite back then.

The rest of us see the con job for the partisan political hit that it is. This meme nailed it: 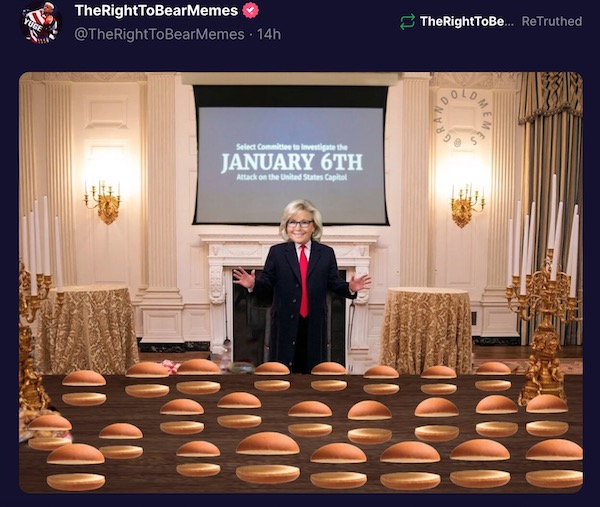 Now, less than a month out from midterms, they want Trump to appear in response to a subpoena.

He hit the Committee with a fifteen-page reply that — in very Trumpian fashion — minced no words and held nothing back.

This being Trump, it’s not 15 pages of legalese, either. It’s a little more than 3 pages of Trump’s usual bombastic personality followed by ten appendix pages citing the specific reasons (state-by-state) that he believes his complaints about 2020 stand on solid legal ground.

The logic and relevance of that appendix is obvious to anyone who isn’t a NeverTrump partisan: if Trump had legitimate reason to suspect the election results WERE dishonest in the first place, how can it be said that his objection to dishonest results was somehow a threat to the same democratic process that had not been correctly followed?

This is especially true when you realize the solution being proposed by Ted Cruz and others both had historical precedent and worked within the four corners of the Constitution.

Trump even referenced sources the left might consider credible to back up his broad claims about inappropriate, unconstitutional, and in some cases potentially criminal election interference. Time Magazine, for instance:

He calls them out for refusing to investigate whether Trump’s concerns of election fraud were, in fact, as valid as the left wants us to believe they were. (Which seems especially relevant if they accuse him of somehow ‘subverting’ the democratic process.)

He also calls them out for deliberately ignoring the thousands of troops Trump had authorized and made available to keep the peace in the Capitol during demonstrations… troops whose mere presence would have completely changed the character and nature of how the Stop The Steal gathering would have played out.

He cites independent sources for this too — the Department of National Defense timeline — so that they can’t accuse him of lying. He puts the blame for how events played out squarely on the shoulders of those who explicitly rejected his offer to augment security.

He takes dead aim at their show trial. Blasts them for failing to meet genuine bipartisan requirements of a Select Committee. Indicts them for refusal to abide by any semblance of due process requirements. 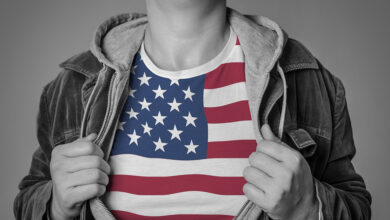 Poll Shows Majority Of Democrats Say U.S.A. is NOT the Greatest Country 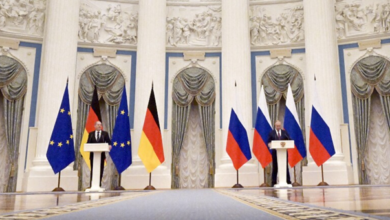