MOST understand that the CIA, the “spook” community, is mandated to operate on behalf of the national interest. By extrapolation, when rogue agents violate their sworn duty they are guilty of criminal conduct and grave breach of trust. Unconscionable. No doubt. But what about their boss(es), the one who leads the agency and gives the order to execute – literally – this one or that one whose only “crime” is exposing the dirty laundry of the highest echelons? You know, the TOP fox(es) in the hen-house.

IN other words, even within security agencies there are lines which cannot be crossed against ones own citizens for the sake of political payback, expediency, and the cover up of governmental crimes. If anything, said actions are akin to criminal hit squads ala the Mafia and the like. Agreed? As to neutralizing enemies of the state via this method or that method, well, that’s not up for navel gazing, at least at this site. Rather, let’s give them (virtual) kudos and high-fives for their protective efforts. That is that.

IN this regard, it was more than obvious that the timing of the highly suspicious death (June 18, 2013) of investigative journalist Michael Hastings (never mind the “convenient” death of Andrew Breitbart on March 1, 2012), as reported by corporate scribblers, wasn’t truthful. Not by a long shot. Therefore, digging and more digging becomes proper due diligence – for those of us who are not part of the captured media! Freelancers. Hooked-in investigative bloggers alike. Beholden to none, threats be damned.

He received the George Polk Award for “The Runaway General“ (2010), a Rolling Stone profile of General Stanley McChrystal, commander of NATO‘s International Security Assistance Force in the Afghanistan war. The article documented the widespread contempt for civilian government officials by the general and his staff and ultimately resulted in McChrystal’s resignation. Hastings followed up with The Operators (2012), a detailed book account of his month-long stay with McChrystal in Europe and Afghanistan.

Hastings became a vocal critic of the Obama administration, Democratic Party and surveillance state during the investigation of reporters by the U.S. Department of Justice in 2013, referring to the restrictions on the freedom of the press by the Obama administration as a “war” on journalism.[4] His last story, “Why Democrats Love to Spy On Americans”, was published by BuzzFeed on June 7.[5][6] Hastings died in a fiery high-speed automobile crash on June 18, 2013, in Los Angeles, California.[7] Blue Rider Press posthumously published his only novel, The Last Magazine (2014), a year after his death.[8]

Soon after his death, some[who?] described the circumstances surrounding the crash as suspicious.[68][disputed – discuss]

Former U.S. National Coordinator for Security, Infrastructure Protection, and Counter-terrorism Richard A. Clarke said that what is known about the crash is “consistent with a car cyber attack“. He was quoted as saying “There is reason to believe that intelligence agencies for major powers — including the United States — know how to remotely seize control of a car. So if there were a cyber attack on [Hastings’] car — and I’m not saying there was, I think whoever did it would probably get away with it.”[69]Earlier the previous day, Hastings indicated that he believed he was being investigated by the Federal Bureau of Investigation. In an email to colleagues, which was copied to and released by Hastings’ friend, Army Staff Sergeant Joe Biggs,[70] Hastings said that he was “onto a big story”, that he needed to “go off the radar”, and that the FBI might interview them.[71][72] WikiLeaks announced that Hastings had also contacted Jennifer Robinson, one of its lawyers, a few hours prior to the crash,[73] and the LA Weekly reported that he was preparing new reports on the CIA at the time of his death.[74] His widow Elise Jordan said his final story was a profile of CIA Director John O. Brennan.[75] The FBI released a statement denying that Hastings was being investigated, at least not by the FBI, according to the FBI statement.[62]. This statement was incorrect as FBI had opened a file on Hastings already in 2012 (see FBI files below). Furthermore, on the day of the crash Hastings came to his neighbor Jordanna Thigpen’s apartment after midnight and urgently asked to borrow her Volvo. He said he was afraid to drive his own car. However, Thigpen declined.[14]

Motor Trend technical director Frank Markus said that the ensuing fire was consistent with a high-speed car crash.[76]. On the other hand, it was reported that the fire inside the car was unusually hot and that the “intensity of the fire resembles a “thermite” burn” [77].

There are conflicting opinions as to Hastings’ death. After his death, some media outlets[who?] recalled that Hastings claimed to have received death threats from the military after the McChrystal article.[78][disputed – discuss] Hastings’ widow, Elise Jordan, has said she believes his death to be “just a really tragic accident”.[79][80] His older brother, Jonathan, said he believed Michael was experiencing a “manic episode” shortly before his death, and that he may have had suspicions were it not for this observation.[81]

Cenk Uygur, friend of Hastings’ and host of The Young Turks, told KTLA that many of Michael’s friends were concerned that he was “in a very agitated state”, saying he was “incredibly tense” and worried that his material was being surveilled by the government. Friends believed that Michael’s line of work led to a “paranoid state”.[82] USA Today reported that in the days before his death, Hastings believed his car was being “tampered with” and that he was scared and wanted to leave town.[83]

NOW, while it was widely depicted via leftist media that his premature death was merely an unfortunate “accident”, the implication was that those who questioned said official narrative were (and still are) de facto conspiratorial nut jobs. Okey dokey. Regardless, such mud-slinging is akin to water off a duck’s back. Mind you, even his widow (and some who knew him) went along with the “official” mantra. Alas, to a certain degree, we can understand their “see no evil” blindness, in so far that they too realized what would happen, if they dared to open up a full-blown investigation into the real facts at hand.

THAT being established, those of us who dig for hidden dirt on a professional basis can smell bull-crap from miles away. To wit, the following bullet-points are more than noteworthy; yes, they are bulls-eyes!

READERS, internalize that the ONLY rational explanation for Hasting’s (un)timely demise leads straight back to his “weaponized” investigations, that which implicated the tippy-top of the spear, Obama and Brennan! And what can be more efficient, other than to use the heretofore non-detectable CIA “car cyber attack”, the likes of which can be blamed on an “unfortunate”  vehicular death similar to countless others! Unadulterated evil genius. Indeed.

WHICH brings us smack back to the here and now, almost 4 years after the assassination of Hastings, ala more than enough proof of the same dumped via wikileaks!

Now a Wikileaks release of CIA documents shows the government had been working on plans to infiltrate the vehicle-control systems.

The concept is not fully described in the documents, but WikiLeaks summarized its finding: “As of October 2014 the CIA was also looking at infecting the vehicle control systems used by modern cars and trucks. The purpose of such control is not specified, but it would permit the CIA to engage in nearly undetectable assassinations.”

It was in an Oct. 23, 2014, CIA “Branch Direction Meeting” of at least 10 people that the issue of “vehicle systems” being a “potential mission area” came up.

Also listed at the time were the “Internet of Things,” “Firmware targets,” “Network devices” and “Software targets.”

The document, as with many leaks by anonymous insiders to shadowy organizations like WikiLeaks, could not be verified immediately.

WikiLeaks said in a statement that the 8,700 documents reveal the “scope and direction” of the CIA’s agenda.

WikiLeaks says its source “details policy questions that they say urgently need to be debated in public, including whether the CIA’s hacking capabilities exceed its mandated powers and the problem of public oversight of the agency.”

“The source wishes to initiate a public debate about the security, creation, use, proliferation and democratic control of cyberweapons.”

The concept of hacking vehicle systems long has raised concerns.

Last year, WND reported the Electronic Privacy Information Center asked the 9th U.S. Circuit Court of Appeals to restore a case, Helene Cahen v. Toyota, focused on the electronic monitoring and Internet connectivity built into cars. A trial judge dismissed the case for lack of standing, but the brief contended the ruling should be reversed.

“The internal computer systems for these vehicles are subject to hacking, unbounded data collection, and broad-scale cyber attack,” the brief explained. “Despite this extraordinary risk, car manufacturers are expanding the reach of networked vehicles that enable third-party access to driver data and vehicle operational systems.

“The plaintiffs in this case seek the opportunity to present legal claims stemming from the defendants’ sale of vehicles that place them at risk. That should be allowed to proceed.”

The proposal came just as a Wired.com contributor reported hackers who set him up in a new vehicle were able to take over its controls while he was driving at 70 mph…..

It was in 2013 that 33-year-old reporter Michael Hastings died in a fiery car crash “while in the middle of covering several hot-button topics like monitoring by the National Security Agency and the CIA,” the Daily News reported.

“Twitter, Facebook, and sharing site Reddit were abuzz Wednesday, with some users commenting that it was suspicious that Hastings, who famously brought down U.S. Army Gen. Stanley McChrystal in a Rolling Stone cover story, died while in the middle of covering several hot-button topics like monitoring by the National Security Agency and the CIA,” the report said.

BuzzFeed’s editor-in-chief, Ben Smith, said: “He knew that there are certain truths that nobody has an interest in speaking, ones that will make you both your subjects and their enemies uncomfortable. They’re stories that don’t get told because nobody in power has much of an interest in telling them.”

The report said, Hastings also had recently written a piece of CIA operative Andrew Warren, who became paranoid that he was being followed, as well as the Rolling Stone piece published in March titled “Killer Drones.”

SO, at the end of it all, if nothing else, was this investigative journalist “conspiracy-mongering” back in 2013/14, or right on target? You decide. 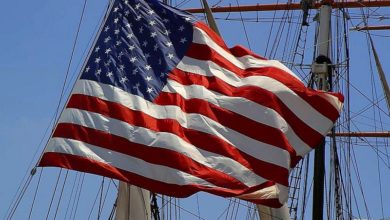 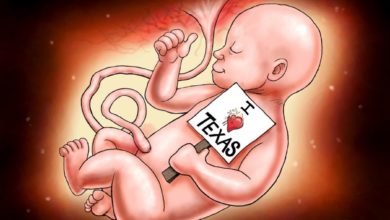