Newsom extended his earlier emergency proclamation that sought to preserve power capacity that disallowed vessel operators from plugging into on-dock electric power station. Under the edict, vessels moored from September 3 to 9 are not required to use shore power

As per current guidelines, 80 percent of container vessels, cruise ships and refrigerated vessels that dock at the ports of Los Angeles, Long Beach and Oakland are required to use shore power. Newsom’s edict stated that arriving vessels can temporarily use auxiliary engines to power onboard systems – such as lights, refrigerators, computers and pumps – during loading and unloading. Vessels already at berth are allowed to disconnect from the grid during the heat emergency.

Pacific Maritime Shipping Association Vice President and General Counsel Mike Jacob assured the compliance of member shipping companies. “As good corporate citizens, we anticipate that many of our members’ vessels will participate as requested by Gov. Newsom,” he wrote in an email.

However, Jacob expressed worry that it would be impractical for cargo vessel operators to suspend activity just to bring in an extra shoreside power crew and unplug a vessel from the grid.

Meanwhile, Newsom already urged different sectors in the economy, including the maritime industry, to reduce power use during the heat event as intense temperatures are expected to be 10 to 20 degrees warmer than normal, increasing demand for air conditioning and straining the electric grid.

“The duration of this heatwave is unlike those experienced in recent history, increasing the length of time the grid will face peak demand,” Newsom said during his emergency measures announcement.

Apart from the maritime industry, state officials are asking Californians to avoid straining the power grid as there is a great potential for rolling blackouts. (Related: ROLLING BLACKOUTS announced in California as power grid craters under record demand.)

The California Independent System Operator (CAISO) is calling on Californians to conserve energy from 4 p.m. to 9 p.m. by avoiding the use of large appliances and setting the thermostat to 78 degrees or higher if health permits. CAISO provides energy to about 80 percent of the state.

“We have now entered the most intense phase of this heatwave,” Elliot Mainzer, CAISO’s chief executive officer said, adding that forecasted demand for this week is at all-time record levels and the potential for rotating outages has increased significantly.

He also said the grid may have “energy deficits of 2,000 to 4,000 megawatts, which is as much as 10 percent of normal electricity demand.” That could take as many as three million households offline.

If blackouts ensue, they will mark the first time in two years that the lights have gone out for energy shortage reasons

Newsom’s emergency order last week enabled industrial businesses and others to resort to their backup generators that otherwise would be prohibited by air-pollution regulations.

“A lot of our participants can turn on their generators and take the load off the grid,” said Siva Gunda, vice chairman of the California Energy Commission.

California issued similar heat advisories for ports on four occasions in 2020 and 2021. 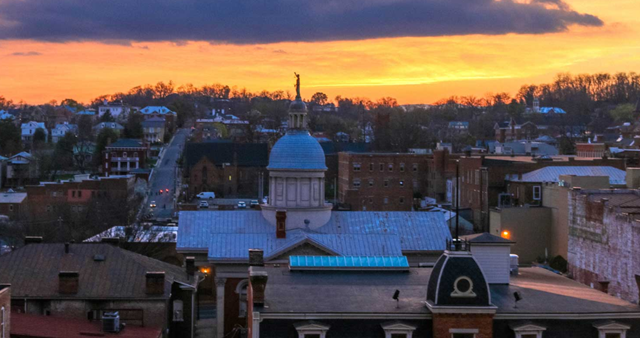