New York City Police have been allowing civilians in culture-specific groups to patrol specific areas within the city. The groups have their own patrol cars and uniforms – one of the groups is the “Muslim Community Patrol,” according to the New York Post. Their car is identical to an NYPD vehicle, but the words on the car are different. It was spotted in the Bay Ridge area that has a “Burgeoning Muslim population.” They are not the only civilian volunteers on patrol, but the their presence has people concerned that “Sharia patrols” could take over the districts where they live.

The quasi-official community patrols could pose a giant problem for the NYPD. In some foreign cities, Sharia patrols are known for attacking passersby over non-Muslim clothing, alcohol, or other violations of their law that are not violations of the law of the land. While some have emphatically stated it couldn’t happen in America, the formation of this “Muslim Community Patrol” is a concern to many. London, parts of Germany, Sweden, and even Minneapolis, Minnesota have been in the news for the issue.

Note that the words “Courtesy, Professionalism, Respect” are missing from the MCP car, but are present on the other two civilian vehicles. And there are Arabic words on the portion of the car where precinct number is normally shown. 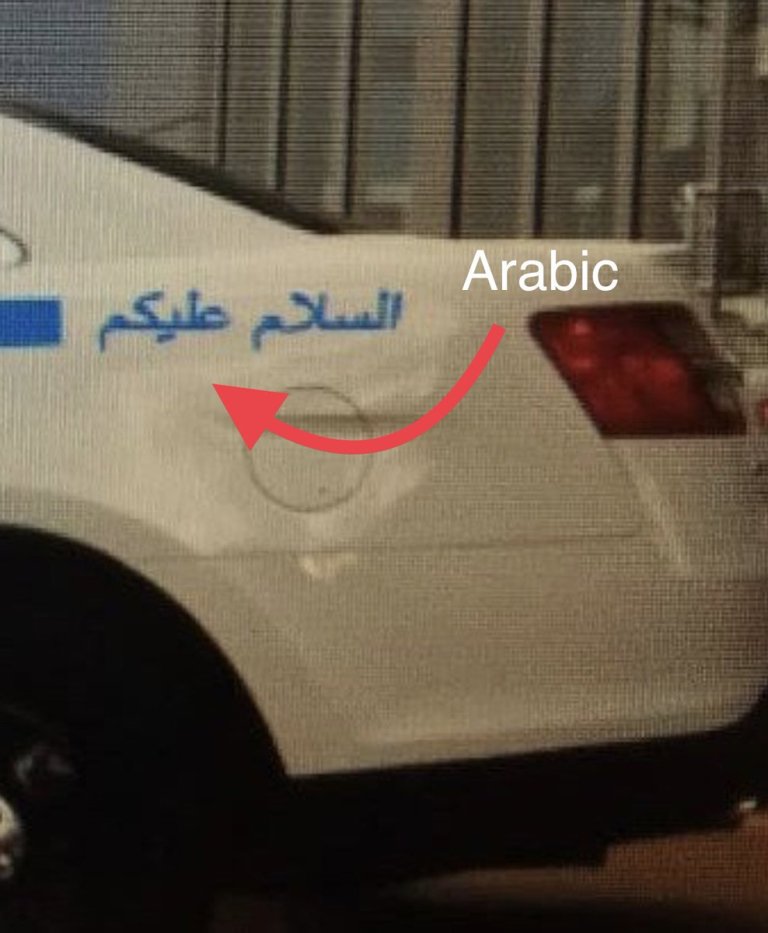 The NYPD culture patrols (for lack of a better description), normally  have to take the NYPD Citizen’s Police Academy – a 10 week condensed training to give them a sense of the skills and abilities of New York Police officers.

There are similar patrols in the Hasidic community in Brooklyn’s Borough Park – called the Shomrim Society, (South Brooklyn Safety Patrol- Shomrim translates to “guardians or protectors”). They wield the power of the police, which has sometimes caused serious problems when they haven’t called the regular police until a couple of hours after an incident, according to the NYT. 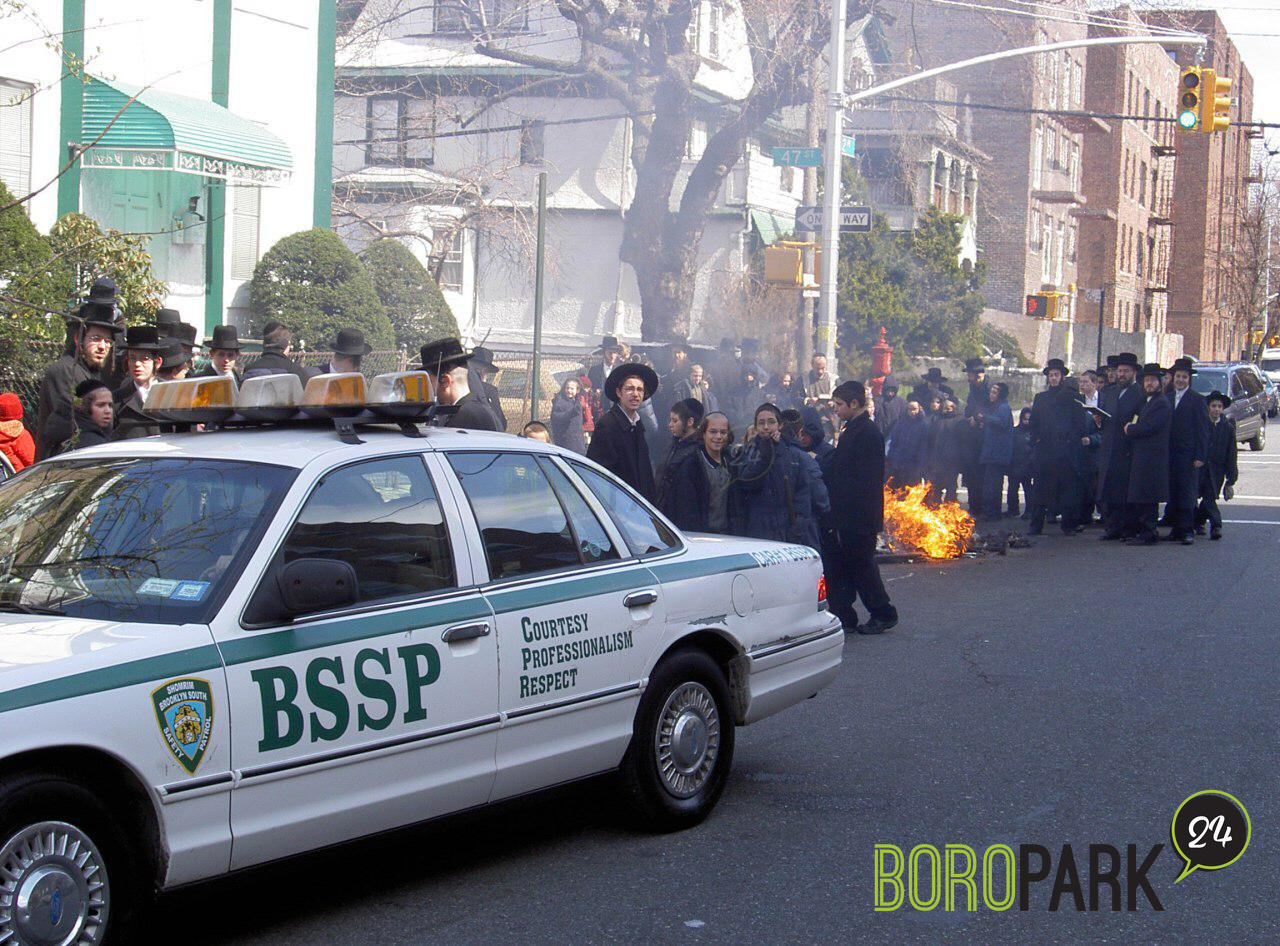 There is also a Brooklyn Asian Safety Patrol in Sunset Park as well. 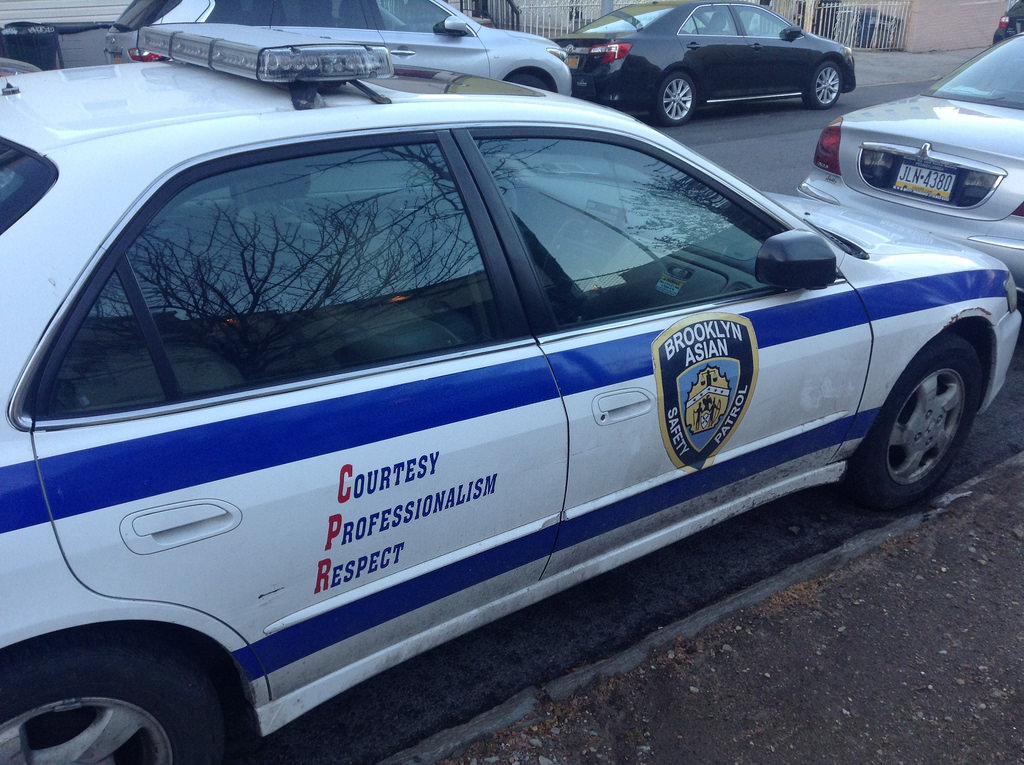 Many police agencies across the country enlist civilians to help them patrol different areas, and yes, their patrol cars are very similar to the regular police. But as Muslims do not have a culture that assimilates easily, we wonder if this is a wise choice. It is hoped that the NYPD will keep an eye on this program to make sure the people comply with American laws rather than turn into a Sharia-based patrol.