Perhaps this is a good thing? It seems the new PR agent for Joe Biden, incoming White House spokeswoman Karine Jean-Pierre, is an expert on stolen elections.

This comes at a time when Democrats continue to demonize President Trump and any of his supporters who still raise questions about the 2020 results.

After all, she’s publicly complained about the “stolen” 2016 election, and the “stolen” Georgia election for governor.

Mediaite reports that Jean-Pierre was involved in “tweeting a false claim that the 2016 presidential election was ‘stolen.’”

Then in April 2020, she was claiming the same over the Georgia race, where Brian Kemp beat Democrat Stacey Abrams.

Biden said, picking her, “Karine not only brings the experience, talent and integrity needed for this difficult job, but she will continue to lead the way in communicating about the work of the Biden-Harris Administration on behalf of the American people. Jill and I have known and respected Karine a long time and she will be a strong voice speaking for me and this Administration.”

She previously worked for MSNBC, and it was MSN that reported she was accused of “pushing disinformation.”

“Conservative commentators and journalists at right-leaning news outlets have turned their attention to Jean-Pierre’s social media history, days after she was tapped to replace Jen Psaki, beginning Friday, as the spokesperson for President Joe Biden. The criticism of Jean-Pierre, currently the principal deputy press secretary, seeks to flip the script on allies of Biden who’ve accused Republicans of trafficking in conspiracy theories,” the report said.

Kylee Zempel, of The Federalist, noted, “(A) look through her old tweets shows that she is an election-denying, misinformation-peddling, conspiracy theorist.”

She also appears to have a serious issue with biases, as AdnaAmerica documented her opinion that, “If you’re not white, male, straight, or wealthy, you’re under attack.”

The report documented how she boasted of being “everything that Donald Trump hates,” and during a 2019 interview with PBS, she said, “I just think that America has a really big problem with race. And it’s very real and we have yet to deal with it.”

“I always say, if you’re not white, male, straight, or wealthy you’re under attack, I mean there is a target on your back,” she added.

She has claimed that “every day,” the simple act of “walking into a store” produces people who “look at you and wonder do you belong in the store.”

She said many Republicans are “proud to be white supremacist, white nationalist, talking about purging, and we need a white power, white America.”

She said, “I mean this is what we were hearing from some of the candidates and they were in the Republican Party.” 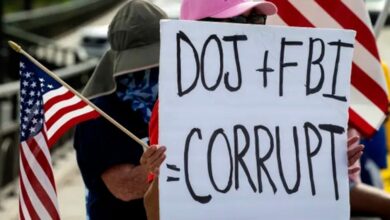 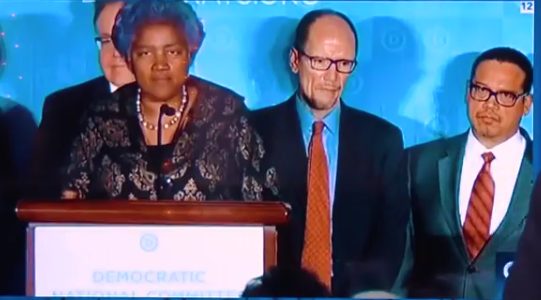