On Wednesday, President Trump addressed a huge rally in Nashville, Tennessee, shortly after a federal judge in Hawaii blocked his latest travel ban.  Evan McMullin, the Never-Trump presidential candidate put up by establishment types to derail Trump’s campaign, was apparently upset by the chants of “USA! USA!” at the rally and falsely accused Trump of promoting white nationalism on Twitter.

Tonight in Tennessee, Trump promotes the policies of white nationalism to chants of "USA! USA!" These are not the values of our nation.

Naturally, this didn’t sit too well with patriotic Trump supporters who took McMullin to task:

I am so confused.Is chanting USA, showing the flag, being proud of being an American now somehow racist?

One nation, under God. Indivisible. With liberty and justice for all.
White nationalism and bigotry in the US must be confronted everywhere.

Apparently… Welcome to bizarro-world, brought to you by the #NeverTrump camp…

They want to scare free thinkers such as yourself into being a liberal. I'm pretty sure he is dissing Tennessee in this post as well.

That pretty much sums it up.  Strange, though, McMullin appears to be white.

Looking forward to the 2020 ticket of Chelsea/McMullin.

That’s sure to be entertaining.  We can hardly wait.

Exit question: At this point, what’s the difference between Evan McMullin and liberal Democrats? 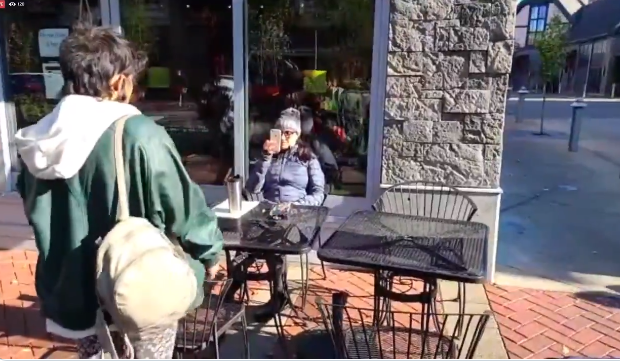