As President Trump rolls out his new immigration initiatives, it will likely be a mixed bag. Some of Trump’s proposals, like border security and ending the Syrian refugee program, make a modicum of sense. Others, when viewed in the context of the current immigration mess, sound good but aren’t practical in the real world. It’s easy to say “enforce the law” on the campaign trail, but more difficult to put that philosophy into practice when the law doesn’t take economics and public opinion into account. Like it or not, full immigration refrom is needed to sort out the mess.

The law should be enforced. The problem is current immigration system is a mess because the law hasn’t been enforced for decades. Now the law doesn’t reflect the current reality on the ground. Additionally, immigration law probably doesn’t actually say what many people think it does.

For instance, illegally crossing the border into the United States is not a felony. It isn’t even a misdemeanor. It’s a civil infraction akin to a traffic fine. The US Code sets the penalty for “improper entry by an alien” at “$50 and not more than $250 for each such entry” with no mention of jail time or deportation. Marriage fraud by an alien is punished more severely (imprisonment up to five years, a fine up to $250,000 or both) than illegally crossing the border.

Today the immigration problem is really two problems. One is the national security aspect of having thousands of unknown, unvetted people cross the border or overstay visas. The other is related to jobs and the economy.

National security is the constitutional responsibility of the federal government. In 2001, I would have thought it inconceivable that 15 years later the border would still be relatively porous. My chief concern with the border issue is keeping terrorists out. A secondary concern is the humanitarian need to prevent immigrants from secretly crossing into the arid regions of the Southwest where many ultimately die in the desert.

Mr. Trump’s signature promise of The Wall purports to address border security, but it really isn’t that simple. Congress passed a bill authorizing a border fence in 2006, but the project ran into many problems. A large issue is that the Rio Grande defines the border between the US and Mexico, but ranchers need access to the river’s water for their cattle. Further, The Wall would do nothing to stop the problem of people who come into the country legally and overstay visas. This represents about 40 percent of illegal immigrants.

The second issue, that of jobs, is related to the first. Currently, many industries use migrant workers who come across the border illegally. If the border is secured, companies and farms will still need access to these workers. Without the pool of migrant labor, prices for many items will increase, hurting American consumers.

When my native Georgia passed a strict immigration law in 2011, the result was a shortage of labor on farms and in hotels. As the Law of Unintended Consequences kicked in, crops rotted in the fields because there weren’t enough workers to harvest them. Agricultural losses were estimated at $140 million for the year. Other states have had similar problems. In 2015, the Wall Street Journal reported that California farms couldn’t find enough harvesters even though they offered $17 per hour.

This creates a political problem for immigration hardliners. If the Republicans pass a law that cuts off the source of labor for farms and businesses, then those businesses will quickly flock to the Democratic Party, which advocates for a full amnesty of illegals and, in some cases, open borders. Businesses are a chief ally of the Republican Party, but if the GOP adopts anti-business policies that will change.

A Pew survey of illegal immigrants estimated that five percent of the US workforce was made up of illegals. The economic effect of deporting all of these workers could be catastrophic for the economy. There would be an immediate shortage of labor causing a dramatic increase in both wages and prices of goods, possibly triggering inflation or a recession. This doesn’t include the cost of mass deportation itself, which the Wall Street Journal estimated at $400 billion in new federal spending and which would reduce the US GDP by about $1 trillion. The cash-strapped federal government would be spending billions to destroy the economy.

The final problem with the current immigration system is that it is fundamentally unjust and inequitable. The barriers to immigrating legally are so high that they actually encourage people to immigrate illegally. If an immigrant chooses to follow the current law, they might wait as long as 24 years – about a third of the average lifespan – due to backlogs of applicants. Bureaucratic problems mean that not all legal visas available are actually issued. Illegal immigration would be less of a problem if the legal process was easier and less time consuming.

The DREAMers, children who came to the US illegally as minors, present a particular legal and moral problem. These children had no intent to break the law, they simply stayed with their parents. Now, years or decades later, they have no real connection to their birth countries and no practical way to stay in their adopted country. Many don’t even speak the language of their native country. President Obama’s deferred deportation program for DREAMers overstepped his constitutional authority, but it was overwhelmingly supported by voters as a fair solution.

The pathway idea is not amnesty, but a plan for illegals to pay back taxes, pay fines, endure waiting periods and undergo background checks before being given legal status. They will pay their debt to society, but their current status as workers in the American economy would be acknowledged. Why should wanting to make a better life in America be the only crime that is unforgivable? If I was a Mexican peasant, I would probably try to come here – legally or illegally – as well.

In my view, the conservative position on immigrants is that people who want to come here to work should be allowed to do so if they are needed. My tendency toward small government leads me to reject the creation of an expensive new federal police bureaucracy to track down and deport illegals who are quietly going about their lives and jobs.

The border needs to be secured, but immigration reform is needed to adapt to the workforce changes that will result. As the border is secured, the law should be changed to allow people to legally immigrate more easily. A guest worker program should be created for migrant workers. Logic dictates that fewer people will sneak across the border if they can come here legally. Everify should be fully implemented to allow businesses to check immigration status of workers.

In return for the easing of immigration policies, enforcement should be stepped up. It should be a felony to cross the border illegally, punishable by jail time and deportation. “Catch and release” of illegals should end. Businesses should be punished for hiring illegal workers. Those who come here on legal visas should be tracked and deported if they overstay.

This sort of comprehensive solution makes economic as well as political sense. Democrats still have enough votes to filibuster a hardline immigration bill. A pathway to citizenship paired with strong enforcement could earn bipartisan support. Trump, as the immigration hardliner, could have a Nixon-goes-to-China triumph.

Donald Trump wasn’t elected because of his hardline immigration ideas. He was elected in spite of them. Americans don’t want mass roundups and deportations of illegals any more than they wanted Obamacare. If President Trump and the Republicans try to use their majority to force an unpopular policy on American voters, they may repeat the Democrat experience of the past few years and quickly find themselves to be a minority once again. 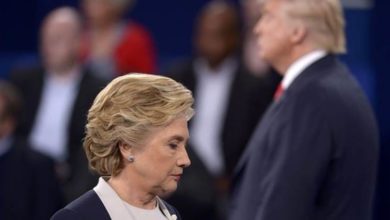 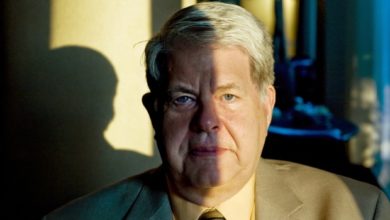 Abortionist Who Has Maimed, Killed Women Claims That Without Roe, ‘Women Will Start Dying’