NBC thought it would be a great idea to call the President and First Lady during the Macy’s Thanksgiving Day Parade.

With the noise in the background and Joe Biden as President, it was bound to go awry… nevertheless, they persisted.

The NBC correspondent called the President and there was 20 seconds or so of dead air while Biden tried to figure out how to use the phone. You can hear him talking to Jill a bit in the background.

Ladies and Gentlemen — the President of the United States of America:

NBC called the president during the Thanksgiving parade and there was 20 seconds of dead air with Joe trying to figure out how to use a phone 💀 pic.twitter.com/8KzFVmWitP

As a reminder, President Biden turned 80 last Saturday, and he is now the oldest man to hold the office of President. In that clip he sounded every second of his 80 years.

While some people can remain active and alert well into their 80s and 90s, that doesn’t seem to be the case with Joe.

The Bidens were clearly expecting the call, but Joe still didn’t seem to know how to use the phone.

Remember how awkward the phone call to Kamala was when he asked her to be his running mate? He was holding the cellphone in front of his laptop where he was on a video call with Jill Biden. It was just kinda weird.

When I called @KamalaHarris yesterday to ask her to be my running mate, I wanted to make sure Jill and Doug got to say hello.

Does he not know that you can have virtual meetings with multiple people?

That’s the guy that has access to the nuclear codes.

But we may as well laugh as cry — we’re stuck with this for the next couple of years.

There’s one thing to be thankful for — it could be worse. It could be the very awkward President Harris.

Let’s all take a moment and say a prayer for Joe’s health this Thanksgiving. 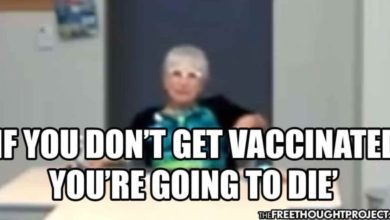