A 51-year-old German healthcare worker is being evicted from her apartment in which she lived for 16 years in order to make room for the Muslim refugees from Syria and other war-torn Islamic nations, with refugee camps and facilities already full throughout German, according to the European news media.

The German woman is being removed from her legal dwelling to make way for mostly Muslim Syrians who are being treated as asylum-seekers with little or no background checks of those who are flooding European Union (EU) countries and eventually the United States. The German government is trying to provide living accommodations for the hundreds of thousands of Arabs flooding their cities.

Ms. Bettina Halbey, a 51-year-old hospital nurse, lived alone in her flat in the small western German town of Nieheim after her children grew up and moved out. On Sept. 1, 2015, she opened an envelope from her landlord and read a letter saying the building was being turned into a refugee shelter and she had until next May 2016 to move out.

“I was completely taken aback,” Ms Halbey told German and British newspapers. “I find it impossible to describe how the [landlord and German government] has treated me.”

But her hands aren’t completely clean in this matter. Ms Halbey insisted she was not against Germany taking refugees in. When asylum-seekers moved into the apartment on the next floor of her building they were welcomed by her, she admitted.

Three German ministers in a statement to the media said the eviction is proof of  “the necessity to take immediate action to deal with the challenge from the migrant influx.” They also said EU interior and justice ministers should hold an emergency meeting to agree on measures to cope with the escalating migration crisis.

Although the building’s landlord is actually the local municipality, it is not a social or welfare housing so Ms. Halbey pays the full rent.

Her city’s Mayor Rainer Vidal claims that the building was required in order to house Syrian refugees because the existing three local shelters were over overcrowded.  “A new residential unit for 30 refugees in Nieheim would cost €300,000 (£222,000). This solution will cost me nothing,” he said.

“That’s big of him. It may cost Mayor Vidal nothing but it is costing German citizens their homes. This is merely one instance of a German citizen being given the shaft to help a so-called refugee,” said U.S. political consultant Mike Baker. “As goes Germany and the EU, don’t be surprised when the Obama administration uses Eminent Domain to kick Americans out of their homes and apartments to give refugees shelter. And the news media will either ignore it or cheer him on,” said Baker

Germany’s government originally said they were going to allow 800,000 refugees enter the country this year alone. Other nations including Britain and France will also take in hundreds of thousands. Despite the problems those two nations have in handling their already large Muslim populations. “These do-gooders are playing with fire. In the name of progressive ideology, they are putting their own people in a dangerous position,” said former big-city police detective Sid Franes. 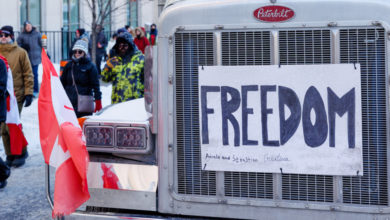