A memorandum distributed to Muslims in 1991 reveals that the Muslim Brotherhood has an agenda – and it is not just a bland settlement program. It’s a plan of destruction. The administration is riddled with MB ties from the President himself to the organizations he welcomes into the fold. There are Muslims in Congress,in governments, in schools, everywhere. Is it random? No. It’s all part of the plan.

Major terrorist leaders from the Caliph of ISIS to Arafat have the Muslim Brotherhood on their resume. And the current leader of Al Qaeda led a Muslim Brotherhood splinter terror group. But its linkages to Islamic terrorism are only a secondary aspect of the organization whose focus is on Islamizing nations through more subtle means.

Paradoxically the Brotherhood has met with far less success in the Muslim world than in the West. Its greatest victories in the Arab Spring would not have happened without Obama’s backing and its takeovers of Egypt and Tunisia were rolled back by popular uprisings while its efforts in Libya, Syria and Yemen were stymied by armed conflict with other Muslims.

The Muslim Brotherhood has an agenda.. Its plan is to TAKE OVER America, placing it under Sharia law. They have several fronts through which they plan to do it.Media, Education, Political, Social, Military, and Religious institutions. The plan is to infiltrate and work in subtle ways to influence and redirect the focus of America to come under their caliphate. Their law of slander working against us all, they have managed to make our free speech negative in connotation.

Part of their scheme is to create large organizations that wield power – they’ve done it with CAIR, ISNA, MSA, SJP  and many others – all of which exist in nearly every major city, every college campus,  and continually use intimidation and threats of lawsuits to shut down ANY opposition. They are tied to the Muslim Brotherhood. Remember this chart?

These are only a few of the literally hundreds of Islamic organizations that have their fingers in our lives.

In their own words

This is a quotation from the Muslim Brotherhood’s Memorandum discussed in the video above:

“The process of settlement is a “Civilization-Jihadist Process” with all the word means. The Ikhwan must understand that their work in America is a kind of grand Jihad in eliminating and destroying the Western civilization from within and “sabotaging” its miserable house by their hands and the hands of the believers so that it is eliminated and God’s religion is  made victorious over all other religions.” Muslim Brotherhood 1991

They are using our own “coalitions,” groups that believe in “cooperation,”  against us.

America, it’s past time to wake up. You have slept, you have ignored, you have gone to the beach and pretended nothing is wrong. Now our nation stands on the edge of a precipice from which we may never be able to recover.

“The time to guard against corruption and tyranny is before they have gotten hold of us. It is better to keep the wolf out of the fold than to trust to drawing his teeth and talons after he shall have entered.” Thomas Jefferson 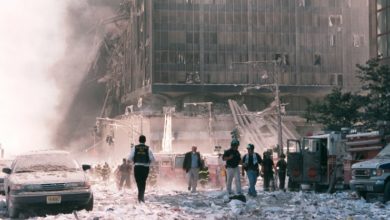