The Wall Street Journal reported today that Robert Mueller, the Special Prosecutor assigned to the Trump/Russia Collusion investigation, has secretly impaneled a Grand Jury in Washington DC. What does this mean, and what can a Grand Jury actually do?

Mueller was hired to find out whether any of Trump’s team “colluded” with Russia during the campaign. A Grand Jury may reveal that the investigation is not over, and is still active. The White House drew attention to Comey’s testimony that said Trump himself was not under investigation.

First, a Grand Jury can bring an indictment, but they are not a trial jury. They do not determine punishment, guilt or innocence. They work with a prosecutor to determine if charges are warranted. The impaneling of this Grand Jury is to decide if there is enough evidence to pursue criminal charges.

In an article about Grand Juries from 2014, Seema Lyer, a legal expert noted,

“The only requirement is that probable cause exists to support criminal charges against the accused person. In essence, the grand juror must feel there is enough evidence against the person to proceed to trial. It is a very low standard. You could have one witness, a victim, come in and testify without any corroborating physical evidence and get ​an indictment.”

Hopefully, that won’t happen in this case. But…and it’s a big one…just the mere act of creating a Grand Jury is enough to further the narrative of “Russian collusion” against Trump and all of his team.

In America’s media frenzy, people who are unfamiliar with the actual purpose of a Grand Jury will jump to the wildest conclusions.

Trent Franks, R-AZ recently called for Mueller to step down due to his close friendship with James Comey and some of his team of lawyers’ support for Hillary Clinton. No response. Not a good sign.

Some lawmakers have even proposed checks to keep Trump from firing Mueller. The problem with that is they may be encroaching on the enumerated Executive powers of the President. Where were they when Obama ran away with the Executive Branch over the top of Congress? They were nowhere to be found.

Senators Lindsey Graham (R) and Cory Booker (D) introduced the Special Counsel Independence Protection Act (SCIPA) in an effort to prevent the President from firing Robert Mueller. It would require a panel of Federal Judges to decide whether the Special Prosecutor should be fired. So they have taken the step around the Executive Branch entirely to hamstring him for any actions at all. That action may not be Constitutional.

Ty Cobb, Special Counsel to the President stated, “We favor anything that brings this investigation to a swift conclusion.” He stated that the President will cooperate fully with Mr. Mueller.

Which is all fine and dandy as long as the investigation is on the up and up.

What about all the times Hillary and Obama colluded with them- things like the Uranium One deal, Bill receiving $500,000 for a speech in Russia, the open unprotected email server…all of that makes you wonder if this really is a witch hunt, as Trump claims. 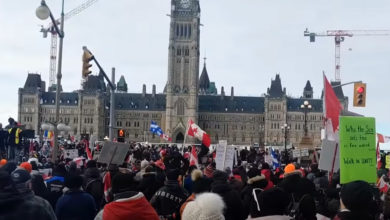 Democrat Socialist Ocasio-Cortez misquotes Constitution, threatens to run for president even though she’s not qualified