While appearing on Thursday’s edition of SiriusXM’s Breitbart News Daily with host Alex Marlow, Rep. Mo Brooks, R-Al., warned that if passed into law, H.R. 1, the so-called “For the People Act” would make future elections in the United States “akin to those in the old Soviet Union, or in Cuba, or in Venezuela, or North Korea.”

“H.R. 1 is the worst piece of legislation relating to elections in the history of the United States of America. It does more to undermine our republic than any legislation I have ever seen or heard of, even looking back in the history books. By way of example, it registers 16- and 17-year-olds. It registers people automatically from multiple different sources like drivers licenses, social security cards, [or] any number of government sources,” he told Marlow.

He also warned the measure will facilitate massive voter fraud across the country.

“In short, the Democrats have ignored and undermined the Commission on Federal Election Reform report in 2005 — a bipartisan commission report by Jimmy Carter on the one hand and James Baker on the other hand — and have expanded the very worst of the things that the report said we needed to avoid,” he said.

Brooks stated, “If you’re talking about non-citizens voting in American elections. H.R. 1 is going to make it much easier, because it makes it a criminal offense for a poll worker to deny a non-citizen voting at the polls. That’s craziness, but that’s what they do with this legislation by tying the hands of our poll workers, who will be fearful of being prosecuted if they challenge a non-citizen who is trying to vote in an American election.”

“On another level, the bipartisan report from 2005 says we need to minimize mass mail-out of [ballots], [and] minimize absentee voting, because that is where fraud is most likely to occur,” Brooks added. “What do the Democrats do? They expand it dramatically. The exact opposite of what we should be doing.”

Brooks remarked, “There are dozens of provisions in this legislation that undermine the sacredness and the accuracy of the elections, and what we saw in a few places in the country in 2020 with the massive voter fraud that was occurring in those places would now become commonplace throughout the United States.”

Here’s audio of his comments:

In a letter sent to House and Senate leaders, twenty state attorneys general called the measure unconstitutional and warned that it would federalize all elections.

The bill, they said in their letter, “betrays several Constitutional deficiencies and alarming mandates that, if passed, would federalize state elections and impose burdensome costs and regulations on state and local officials.”

“The Act would invert that constitutional structure, commandeer state resources, confuse and muddle elections procedures, and erode faith in our elections and systems of governance,” they added, stating:

With confidence in elections at a record low, the country’s focus should be on building trust in the electoral process. Around the nation, the 2020 general elections generated mass confusion and distrust—problems that the Act would only exacerbate. Should the Act become law, we will seek legal remedies to protect the Constitution, the sovereignty of all states, our elections, and the rights of our citizens.

“In sum,” Brooks told Marlow, “the reliability the trustworthiness of American elections under H.R. 1 would be akin to those in the old Soviet Union, or in Cuba, or in Venezuela, or North Korea. Sure, you can vote, but your vote doesn’t count.” 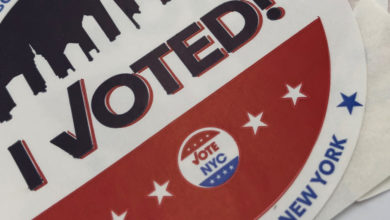 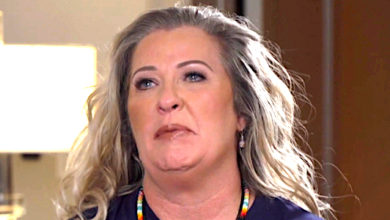