Joe Biden may have hit a low point in his presidency this week with his woefully ignorant remarks in pushing for a so-called election rights bill. Biden traveled to Atlanta, Georgia where he spoke on the grounds of Morehouse College, a historically African-American university, and emphasized the importance of getting his party’s vote rigging bill passed.

Biden ranted for over an hour, accusing Republicans of trying to suppress or deny people the right to vote by citing examples such as Georgia’s new election law which makes it illegal to give water and food to people waiting in line to vote. He finally got to his main point, his desire to eliminate the Senate’s century-old filibuster rule which aims to protect the rights of the party in the minority.

“Today I am making it clear to protect our Democracy, I support changing the Senate rules,” Biden declared, “whichever way they need to be changed to prevent a minority of senators from blocking action on voting rights. When it comes to protecting majority rule in America, the majority should rule in the United States Senate.

The Senate, indeed our entire system of checks and balances, was specifically designed by the Founding Fathers to protect minority rights. The United States is not a pure democracy where majority rules. That is what the Founder’s feared most – mob rule.

In a Senate floor speech on Wednesday, Mitch McConnell called the president’s remarks, “incoherent, incorrect, and beneath his office.”

“Twelve months ago, a newly-inaugurated President Biden stood on the West Front of the Capitol and said this: ‘My whole soul is in this: bringing America together, uniting our people, and uniting our nation.’ Yesterday, the same man delivered a deliberately divisive speech that was designed to pull our country farther apart.

“Twelve months ago, this President said we should ‘see each other not as adversaries, but as neighbors.’ Yesterday, he called millions of Americans his domestic ‘enemies.’

“Twelve months ago, this President said that ‘disagreement must not lead to disunion.’ But, yesterday, he invoked the bloody disunion of the Civil War to demonize Americans who disagree with him. He compared a bipartisan majority of Senators to literal traitors.

“I have known, liked, and personally respected Joe Biden for many years. I did not recognize the man at that podium yesterday.

“American voters did not give President Biden a mandate for very much. He got a tied Senate and negative coattails in the House. The narrowest majorities in over a century.

“This President did not get a mandate to transform America or reshape society. But he did arguably did get a mandate to do the one central thing he campaigned on: Bridge a divided country. Lower the temperature. Dial down the perpetual air of crisis in our politics.

“But President Biden has chosen to fail his own test.

“The President’s rant yesterday was incorrect, incoherent, and beneath his office.

“He used the phrase ‘Jim Crow 2.0’ to demagogue a law that makes the franchise more accessible than in his own state of Delaware. He blasted Georgia’s procedures regarding local elections officials while pushing national legislation with almost identical language on that issue.

“The President implied things like widely-popular voter I.D. laws are ‘totalitarian’ on the same day Washington D.C.’s Democratic mayor told citizens to bring both a photo I.D. and a vaccine card anytime they leave their house.

“The President repeatedly invoked the January 6th riot while himself using irresponsible, delegitimizing rhetoric that undermines our democracy.

“The sitting President of the United States of America compared American states to ‘totalitarian states.’ He said our country will be an ‘autocracy’ if he does not get his way.

“Twelve months ago, the President said that ‘politics need not be a raging fire destroying everything in its path.’ That was just twelve months ago. Yesterday he poured a giant can of gasoline on that fire.

“Twelve months ago, the President said ‘every disagreement doesn’t have to be a cause for total war.’ But yesterday, he said anyone who opposes smashing the Senate and letting Democrats rewrite election law is a domestic ‘enemy’ and a traitor like Jefferson Davis.

“One week ago, President Biden gave a January 6th lecture about not stoking political violence. Yesterday, with the world’s largest megaphone, he invoked the literal Civil War and said we are on the doorstep of ‘autocracy.’ He talked about domestic ‘enemies.’

“Rhetoric unbecoming of a President of the United States.

“In less than a year, ‘restoring the soul of America’ has become: agree with me, or you’re a bigot. From lowering the temperature to invoking totalitarian states and the Civil War.

“This inflammatory rhetoric was not an attempt to persuade skeptical Democratic or Republican Senators. In fact, you could not invent a better advertisement for the legislative filibuster than a President abandoning rational persuasion for pure demagoguery.

“A President shouting that 52 Senators and millions of Americans are racist unless he gets whatever he wants is proving exactly why the Framers built the Senate to check his power. This whole display is the best possible argument for preserving the Senate rules that extend deliberation, force bipartisan compromise, and let cooler heads prevail. Nothing proves it better than this episode. It offers a perfect case study in why Senator Biden was right about the filibuster and President Biden is wrong.

“We have a sitting President invoking the Civil War, shouting about totalitarianism, and labeling millions of Americans his domestic ‘enemies.’ We have a Senate Democratic Leader who now frequently calls American elections, a ‘rigged game.’

“Mr. President — this will not be repaired with more lies, more outrage, and more rule-breaking.

“Unfortunately, President Biden has rejected the better angels of our nature. So it is the Senate’s responsibility to protect the country.

“This institution was constructed as a firewall against exactly this kind of rage and false hysteria. It falls to the Senate to put America on a better track. It falls to us.

“So this institution cannot give in to dishonorable tactics. We cannot surrender to recklessness. We have to stand up, stand strong, protect the Senate, and defend our country.” 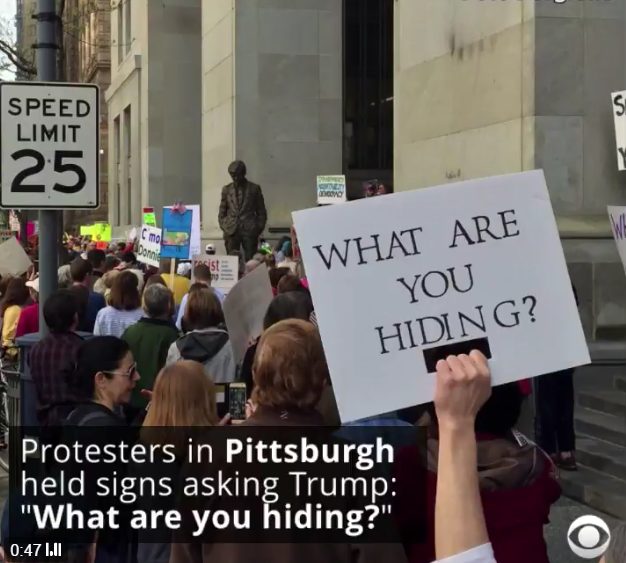