On Thursday, Missouri state Sen. Maria Chappelle-Nadal, D-University City, shocked many — even some in her own party — when she expressed “hope” for the assassination of President Trump on social media.

“I hope Trump is assassinated!” she said on Facebook, the St. Louis Post-Dispatch reported.

She quickly deleted the post but it was captured for posterity by many.

This is no longer on state Sen. Maria Chappelle-Nadal's Facebook page, but was passed along this AM: "I hope Trump is assassinated." #MOLeg pic.twitter.com/gGmuIk20gZ

“I didn’t mean what I put up. Absolutely not. I was very frustrated. Things have got to change,” she told the Post-Dispatch. “It was in response to the concerns that I am hearing from residents of St. Louis. I have deleted it, and it should have been deleted, but there is something way more important that we should be talking about.”

According to the Post-Dispatch, members of her own party condemned her and some called for her to step down:

U.S. Sen. Claire McCaskill, D-Mo.: “I condemn it. It’s outrageous. And she should resign.”

U.S. Rep. William Lacy Clay, D-St. Louis: “(C)alling for the assassination of the President is a federal crime. … (She is) an embarrassment to our state. She should resign immediately.”

Missouri Democratic Party Chair Stephen Webber: “The … Party will absolutely not tolerate calls for the assassination of the President. I believe she should resign.”

Missouri Senate Democratic Caucus leader Sen. Gina Walsh: “(She) should be ashamed of herself for adding her voice to this toxic environment.”

Republicans also called for her resignation, the report said.

Republican Gov. Eric Greitens said in a statement: “We can have differences in our country, but no one should encourage political violence. The senator should resign.”

But Chappelle-Nadal, who said she was frustrated with the events in Charlottesville, is standing her ground.

“I am not resigning … What I said was wrong, but I am not going to stop talking about what led to that, which is the frustration and anger that many people across America are feeling right now.”

According to a screenshot of the now-deleted conversation obtained by the Post-Dispatch, another commenter named Christopher Gagné was writing about a cousin of his who he said was on Trump’s Secret Service detail.

“But, what I posted earlier, I truly believe will happen, sooner … not later,” he wrote.

In a subsequent interview with the Post-Dispatch, Gagné said that wasn’t a reference to assassination, but to his earlier-stated belief that Vice President Mike Pence will use the 25th Amendment of the Constitution to have Trump removed from office.

“Damn,” Gagné then wrote, “now I’ll probably get a visit from the Secret Service.” He followed that comment with “smdh,” an abbreviation for “shaking my damn head.”

Chappelle-Nadal responded: “No. I will. I hope Trump is assassinated!”

In an interview with KSDK, she called herself a “patriot” and blamed Trump for the events in Charlottesville.

“As a patriot, as someone who has had family members who have been in this military, including my grandfather who served in the Korean War and the Vietnam War, and I’m one of only a few who are not in the military today, I’m looking at this president and what he is saying and his rhetoric and he is causing mass chaos,” she said.

KMOV and others said the Secret Service is investigating the matter:

The Secret Service confirmed with News 4 that they are investigating.

Maria Chappelle-Nadal, D-University City, posted the comment, “No. I Will. I hope Trump is assassinated!” in response to a comment from another person who posted about his cousin being on the President’s secret service detail and his fear that he will probably receive a visit from the secret service.

As the Gateway Pundit observed, she has a long and controversial history. 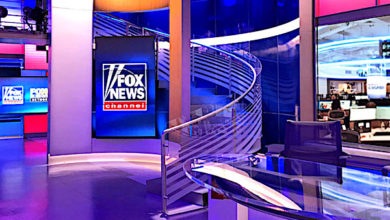