RATIONAL folks understand that when an enemy invades your personal space, the wisest course of action, in fact, the only one, is to meet the challenge head on – whatever is deemed best at any given time, be it through direct confrontation or another form of self-defense. It just depends. To wit, “standing-your-ground” is so intrinsic to a person’s safety, a little over half of the (right-leaning) states in the U.S. have adopted its basis into law. Oh yeah!

BASED upon the “Castle Doctrine” from common law, those who have studied criminal law – yours truly included – are familiar with its legal cousin, the construct of “necessity”, aka the “standard of reasonableness.” For the record, civil (tort) law, constitutional law, and international law, aka military law, in one form or another, weigh the aforementioned as a legal barometer. Hammer.

NOW that a cursory lesson in (legal) self-defense is understood, let’s segue from the “micro” personal space to the “macro”, that is, the homeland.

IN this regard, Americans who are of sound mind (coupled with functioning eyes and ears) should view Minnesotastan, aka “mini Somalia”, as the new “norm” throughout the nation – if not thwarted! In fact, as excerpted below, Michiganastan must be considered as another harbinger.

Is there anything safe from (pagan) Moon God Allah’s monstrous followers, and those who lend them comfort and succor? Hey, Lansing, Michigan Mayors, this investigative journalist is talking to you two!

Still yet, if you thought you knew everything there is to know about the “religion of peace“, well, you may want to re-calibrate your calculus.

REPEATEDLY, this site warned about Europe’s demise and its knock-on effects to America – and on numerous fronts. But before the latest “news” out of the continent becomes more widely understood, an American recap is in order.

BUT never mind, Somali Jihadis have NO qualms about spilling their guts. The beans.

Admitted or not, there are burgeoning Islamic “NO-GO” zones in America, and some are more obvious than others. However, the people will likely wake up when they can no longer pretend that what is isn’t.

CONSIDER: What exactly are ISLAMIC compounds, if not “NO GO” zones? In this regard, start your American ISLAMIC journey here:

BACK to the latest “news” coming out of Europe and America; tie-ins, which are due to knock-on effects – year after year! Mirror images.

FOR years, Sweden (Europe at large) has been a forewarning of precipitous dangers to America, so much so it has become infamous as the “rape capital” of Europe. Its basis (May 2016) is excerpted below.

Being that Europe is experiencing an explosion of rape Jihad, correlating with the influx of massive amount of “refugees” (aka “migrants”), the outcome for America is crystal clear.

The damning police report, which is looking at why Sweden has the worst rates of physical and sexual violence committed against women and girls in Europe, has also excused refugees who it says “cannot handle the alcohol”.

Shockingly, the report revealed the majority of sex attack victims were under the age 15.

Police also admitted the majority of attacks have taken place in public places had been committed by migrants.

The report also warns that girls in Sweden are called “whores” and abused for “their clothes” which leaves many too scared to walk the streets.

The report ‘The Current Situation of Sexual Molestation and Proposals for Action’, says: “Control is exercised over women through violence, thus shaping her according to the man’s idealised vision of femininity.

“During the exercise of violence, men can embody a typical ‘male’.

“In other words, the violence makes possible what is considered masculine and can provide ‘benefits’ for the perpetrator.”

AS always, Eurabia’s leaders, in concert with multicultural fanatics and fantasists, are in the forefront – strange as it seems. In reality, Sweden’s former PM recently intoned:

In an interview with newspaper Expressen Sweden’s former Prime Minister of the Moderate Party, Fredrik Reinfeldt, made some remarkable comments.

In a time when the country is struggling with unprecedented migrant crime, Reinfeldt claimed that “Immigration to Sweden is one of the best things that has happened to the country”. According to him it’s like having children: “A good long-term investment”.

He added that like all people, immigrants will benefit society and that mass immigration is a good thing. When confronted with Sweden’s enormous annual immigration costs of 59 billion Swedish crowns (5.9 billion euros) he said:

“It’s like when a couple is thinking about having children, realising what a good investment it is in the long run. Those who have a little broader view know that children grow up, they get jobs and contribute to society, and one day it turns out that they are helping you. Those who were first seen as a cost will be the best investment of your life.”

One is reminded of the very perceptive observation of Frauke Petry, former leader of Germany’s AfD party: “To be frank, I don’t see young Muslim men wiping the asses of old German pensioners.” You can replace German with Swedish and the same principle holds true.

GOT that?? Mind you, in 2016, Sweden spent $59 billion on immigration which is $10 billion more than its entire defense budget. Does that sound like rational thinking? Anyone?

IN case the reader is wondering, Swedish blowhards are not alone in their twisted “thinking.” Let’s add on Merkel’s Germany, France, Britain, and all the rest of western Europe’s well-documented Islamic hell-holes. Oh, Finland is not far behind – a country which is considered off the beaten path, no less.

A 23-year-old Muslim migrant, Juusuf Muhamed Abbud, was acquitted of aggravated rape charges despite having had sexual intercourse with a 10-year-old girl. The court said it was “not clear that the girl was unable to defend herself or express her lack of consent.” {Blogger’s note: Well, when you come from a culture where “prophet” Muhammad is revered as the “ideal role model to emulate“, and he married a nine-year-old – some scholars say she was as young as six, but what difference does it make – perhaps, violating a ten-year-old is normal and acceptable! The fact that Muhammad was a documented  madman…..}

Finns have widely expressed their outrage and bafflement with a recent ruling in a case against a 23-year-old man who had intercourse with a ten-year-old girl.

The Turku Court of Appeal ruled last week that the defendant was guilty of aggravated child sexual abuse but not of aggravated rape and sentenced him to three years in prison, thus upholding a ruling issued in March by the District Court of Pirkanmaa….continue reading the latest outrage here…..

ALAS, let’s segue to America: How shocking is it to find out that the Mall of America actually resembles “mini Somalia“, as opposed to a mall in the U.S.? Not at all.

Actor James Woods has a special knack for riling up Democrats and he has done it again with a tweet in which he posted a video of Muslims filing into the Nickelodeon Universe at the Mall of America in Bloomington, Minnesota.

The tweet, which included a video of hundreds of Somali Muslims inside the mall in brightly colored robes and hijabs, comes on the heels of a vicious knife attack by a Muslim at the same mall on Sunday night.

Mahad Abdiaziz Abdirahaman, 20, has been charged with two counts of first-degree assault after he stabbed two brothers – Alexander and John Sanchez – because the brothers tried to stop him from stealing clothes from a store at the Mall of America.

He was allegedly caught red-handed in the middle of a robbery in the dressing room at Macy’s, and one of the brothers nearly paid with his life for trying to stop the heist. Abdirahaman used an 8-inch blade to cut 19-year-old Alexander Sanchez “to the bone,” leaving a wound that required dozens of stitches and a blood transfusion to save Sanchez’s life, the Star-Tribune reported.

In another round of bad news for the mall on Wednesday, it was reported by the local CBS affiliate that a ride-attendant at the mall’s Nickelodeon Universe theme park named Amin Mohamed has been accused of touching a woman between the legs as she was strapping into her seat. Mohamed Amin, 18, of Minneapolis is charged with fifth degree criminal sexual conduct. The incident reportedly took place over the weekend.

In the complaint, investigators noted that the buckle on the seat is by the rider’s hip, “nowhere near” the groin area.

Police arrested Mohamed and booked him into jail.

If convicted of the criminal sexual conduct charge, Mohamed faces a maximum penalty of one year behind bars and/or a fine of $3,000.

On Tuesday, Woods tweeted the following: read it here….but let’s not forget about their “Most Wanted” status, as detailed below!

CONCLUSIVELY, knowing what you do, including revelations (from Feb. 2015) that Somalis (in general, Jihadis of all nationalities….Americans too) sit atop the FBI Most Wanted List, what is it gonna take to bring down the hammer – Chinese-style?

INDEED, far be it for this address to hoist China as a ” role model”, particularly, in relation to conduct becoming a democracy – for heaven’s sake – the following is important “food for thought”: Just because a nation’s underpinnings are more wrong than right, it doesn’t mean that everything they do should be off the table.  Effectively, even a broken clock can be right once. Not only that, desperate times call for radical measures – discomfiting as they may be to some.

NO BEARDS. NO VEILS. NO CHILDREN IN MOSQUES. China says Islamic separatists in Xinjiang are the greatest threat to national security. The far western region is home to a community of some 10 million Uighur Muslims and Beijing is concerned that young Uighurs are vulnerable to radicalization.

In early 2017, more than 10,000 Chinese troops marched through the western city of Urumqi in an “anti-terror” rally aimed at quelling Uighur Muslim violence in Xinjiang.

HEAVY-HANDED? Not by a long-shot, that is, if the survival of one’s nation is at stake!! 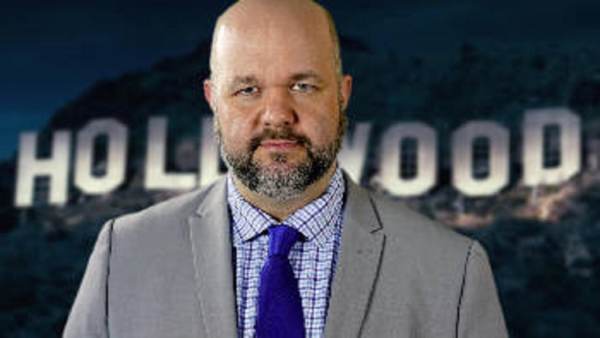 The truth, the whole truth, and nothing but the truth…so help me God