Militia groups have operated at the US southern border for years. But when the United Constitutional Patriots detained around 300 illegals in New Mexico, the ACLU threw a fit and demanded an investigation. New Mexico threw a fit and told them not to arrest any illegals because “regular citizens don’t have the authority to arrest anyone.” 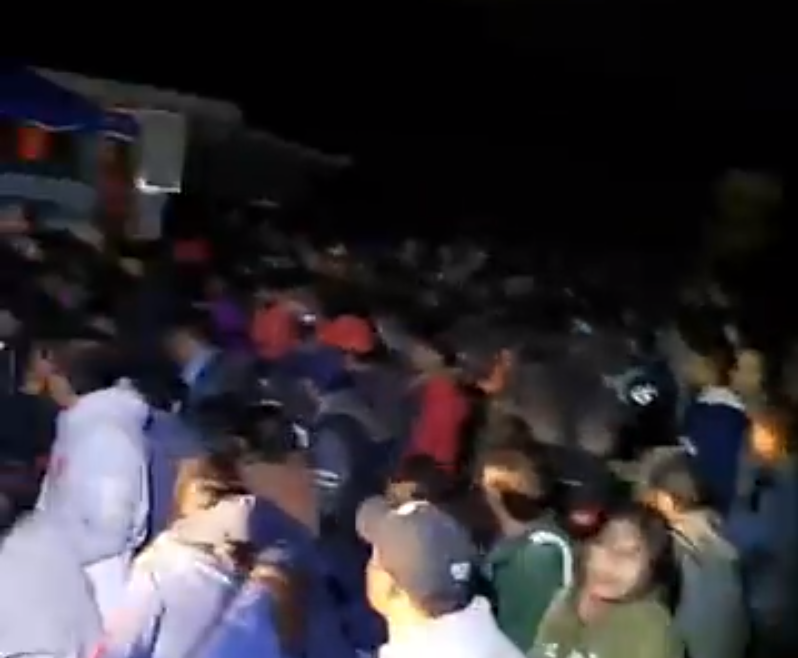 That’s not true. We live in the United States of America. Though we have ceded the authority to “arrest” people mostly to police, there exists a common law right to detain people for the authorities.

Has New Mexico Governor Lujuan Grisham ever heard of a citizen’s arrest? Apparently not. But the militia only detained them, they didn’t cuff ’em and stuff ’em as the cliche goes. They only held them until the Border Patrol arrived (wgno).

And OMG they were armed! Liberals are pushing that one to the limit. But a woman in the video specifically told the men not to point their guns at the migrants.

The United Constitutional Patriots have been operating in the area for a long time. Their purpose is to be “eyes and ears” for the Border Patrol. In other words they normally just notify the CBP when they see people in places they aren’t supposed to be. But in recent months, the volume of illegals coming across the border has increased to the point that they detained a large group of people at gunpoint. It was sufficient to halt the illegals’ planned entry into the US.

The ACLU stated,
The Trump administration’s vile racism has emboldened white nationalists and fascists to flagrantly violate the law. This has no place in our state: we cannot allow racist and armed vigilantes to kidnap and detain people seeking asylum. We urge you to immediately investigate this atrocious and unlawful conduct.”

The Governor also stated: “these individuals should not attempt to exercise authority reserved for law enforcement.”

Newsflash: First, Trump is not “Racist.” It’s also not “unlawful” to detain someone for authorities. If that were true, no shoplifter could ever be held by loss prevention personnel. No citizens could EVER hold a suspect at the scene of crime until police arrive. It happens ALL THE TIME. The ACLU and New Mexico Governor are likely barking up the wrong cactus. It’s not kidnapping, either.

Maybe the King should have tried that argument against the colonists’ militia in 1775. ‘You can’t exercise authority over powers reserved for the crown.’ Think it would have worked? Nah. It wouldn’t, it didn’t.

So let’s ask this question: What proof does the ACLU have that the militia are “racist”? They call everyone racist. Are they actually “vigilantes” or are they attempting to assist law enforcement? Would the ACLU rather they let them all go? Yes, that appears to be the case.

This is a video from the detention of the migrants. There are hundreds of them. “Holy Moley, they’re still coming! Call the Border Patrol!”