VMI (the Virginia Military Institute) has quite the storied history. From Gen. Thomas J. “Stonewall” Jackson, who was a Professor of Natural and Experimental Philosophy and Instructor of Artillery at the Institute, to the boy-cadets who fought with courage and élan at the Battle of New Market during the War Between the States, also known as The War of Yankee Aggression, but more correctly as The War When the North Invaded America.

And not only were VMI men renown for their courage under fire during the Recent Unpleasantness, the school also “has graduated an Army Chief of Staff, an Air Force Chief of Staff and two Marine Corps Commandants making it the only college in the United States (including the federal service academies) to have graduated service chiefs of three of the four primary armed services.”

But it doesn’t end there. The college also has of its graduates “seven recipients of the highest military decoration awarded by the United States government, the Medal of Honor; and more than 80 recipients of the second highest award, the Distinguished Service Cross/Navy Cross.”

That was then, this is now.

On quiet evenings, the hallowed halls of VMI may never again again hear the whispers of Gen. Lem C. Shepherd (US Marine

Corps) or General of the Army George C. Marshall (US Army).  In their place was recently heard the sounds one may find in a pre-school setting.

As reported by Elizabeth Harrington of The Washington Free Beacon,

A prestigious military school is providing coloring books for cadets to deal with stress.

The Virginia Military Institute, the first state-sponsored military college in the country founded in 1839, offers a “stress busters” program to provide students with yoga classes to “unwind and relax.”

“Beginning in the 2016-2017 academic year, the Cadet Peer Educators (CPEs) will merge with cadet government under the Cadet Equity Association’s (CEA) Training and Education branch. As such, the formerly known CPEs are now members of CEA,” according to a screenshot taken from the school’s website. “All CEA trained educators are nationally certified through the BACCHUS™ network to assist with new cadet development, education/prevention programs, and individual peer support for a broad range of topics such as stress management, alcohol and tobacco, interpersonal relationships, bystander intervention, and suicide prevention. Trained peer educators are interviewed, selected, trained and advised by Cadet Government and the Center of Cadet Counseling.”

“Stress Busters is held on Reading Day of each semester,” the school said. “This is an opportunity for cadets to unwind and relax before studying for finals. This event often includes stress reduction activities such as yoga, therapy dogs, coloring book stations, card/game stations, and grab-and-go snacks to take with you on your way to study!”

The school’s Cadet Peer Educators program offers a “bystander intervention” program to teach cadets to “identify barriers to bystander intervention, establish skills/techniques to intervene, and to provide [Virginia Military Institute] and Lexington resources to all cadets in attendance.”
The school also posts flyers on health in bathroom stalls.
“VMI once took America’s youth and prepared them for duty and the harsh realities of war,” a VMI alumnus and veteran told the Washington Free Beacon. “Now, for $20k a year, VMI will turn your teenagers back into children.”
Following publication of this article, VMI removed references to the “stress busting” program from its website. Here is a screenshot, including the material that was removed after this story’s publication earlier this morning: 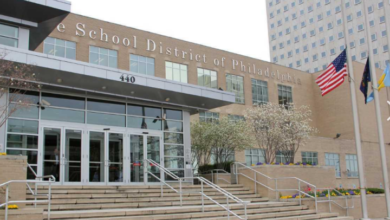