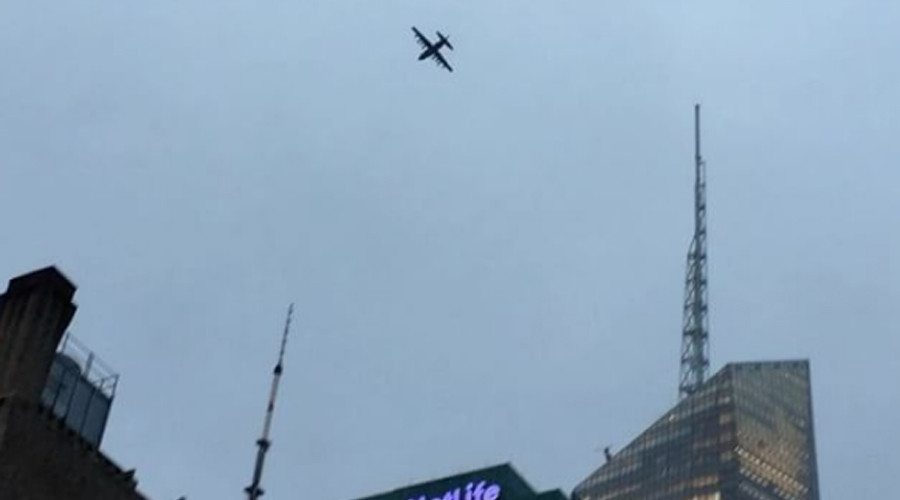 On Tuesday afternoon, a military HC-130 aircraft and helicopters were seen flying low over Manhattan, prompting a number of people to wonder why, the New York Times reported.  The report goes on to say the flyover was part of a “routine training mission,” but it was anything but routine for quite a few people.

For New Yorkers accustomed to staring straight ahead and avoiding eye contact with their fellow pedestrians, the appearance on Tuesday afternoon of a large military airplane and two helicopters over Manhattan was cause for confusion and craning upward.

#Military #plane C-130? Circling around #Manhattan. Anyone have answers? pic.twitter.com/U6Q7r9bvmZ

A video of the plane that's been circling Manhattan pic.twitter.com/Bsj5ANEeW1

This plane that's been circling over manhattan is starting to freak me out. pic.twitter.com/L1EcBYOgpr

The flights by an HC-130 search-and-rescue aircraft and two HH-60 Pave Hawk helicopters were part of a “routine training mission,” Eric Durr, a spokesman for the New York State Division of Military and Naval Affairs, said in an interview on Tuesday.

The flights originated from the 106th Rescue Wing at the Francis S. Gabreski Airport in Westhampton Beach on Long Island, Mr. Durr said.

In a statement, the Federal Aviation Administration said the aircraft were “conducting authorized flights over New York City in coordination with F.A.A. air-traffic control.”

According to Buzzfeed deputy news director Tom Namako, the NYPD was not notified of military aircraft expected to be flying at low altitudes over the city.

The aircraft apparently flew in a crisscrossing pattern over Midtown Manhattan with the center of the pattern roughly aligned over Trump Tower.  So while the mission of the aircraft has still not been revealed, it’s certainly not difficult to see how it might have something to do with defending President-elect Trump.

A spokeswoman for the United States Secret Service said on Tuesday night that as a matter of policy the agency could not comment on the specifics of the mission, but she said the flyover was coordinated with F.A.A., the military and the New York Police Department.

Hmmm… What say you?  Let us know what you think in the comment section below. 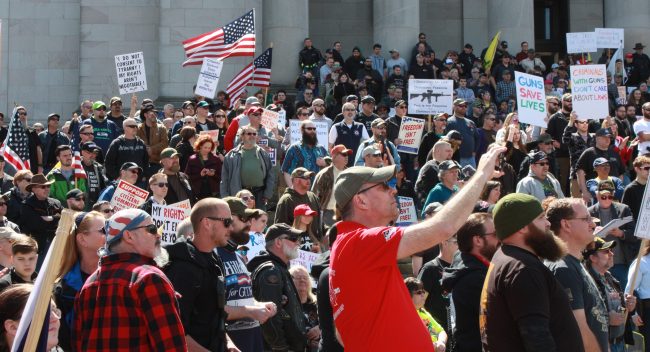