Michigan Attorney General Dana Nessel, in a since-deleted tweet, claims her son was “devastated” the first time somebody wished he and his mother a “Merry Christmas.”

Nessel was actually responding to a video clip of President Trump wishing his supporters a Merry Christmas at a rally in Georgia earlier this month.

“Let me begin by wishing you all a very Merry Christmas. Remember the word?” the President began.

“Remember we started five years ago and I said ‘You’re going to be saying Christmas again,’ and we say it proudly again although they’ll be trying to take that word again out of the vocabulary,” he added.

President Trump: "I said you're going to be saying 'Christmas' again — and we say it proudly again… [Democrats] will be trying to take that word again out of the vocabulary." pic.twitter.com/IfAgr7s9NN

Dana Nessel Fires Back in the War on Christmas

Like clockwork, Nessel chimed in by responding to Trump’s speech with a specious claim that her son was emotionally distraught by those very words.

“I remember the first time I was at a store with my son and an employee said ‘Merry Christmas’ to us. My son looked devastated as (sic) asked ‘Are we the only people who don’t celebrate Christmas?’” she tweeted. “I answered ‘No, and we are just as American as everyone else.’”

SHOCK: Michigan Democrat State Attorney General Dana Nessel had a public meltdown over Trump wishing his supporters a "Merry Christmas" and stated her "son looked devastated" when someone said "Merry Christmas" to him. She then deleted her tweet. https://t.co/vPOfaYgilm

Really? If a store clerk was so traumatizing to Nessel’s son, wait until he gets a load of this … 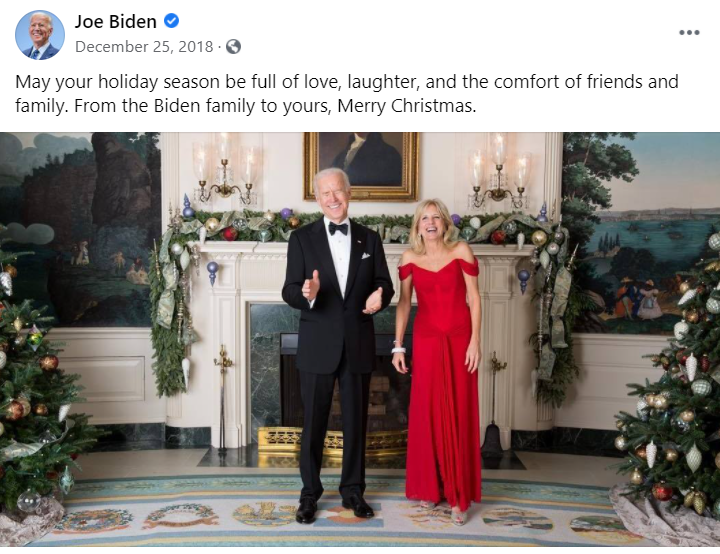 Whoa. The President-elect said the very same phrase? Wishing a Merry Christmas to people during the Christmas season?

Here’s hoping your Christmas is full of wonderful surprises! Merry Christmas to all who celebrate. https://t.co/a4UHB2Du4U

Merry Christmas to all who celebrate. Have a joyous holiday! pic.twitter.com/cfGTtttErN

The War on Christmas

Nessel followed up her story, which she deleted from her Twitter feed, by explaining more in-depth why the phrase “Happy Holidays” is the way to go.

“Saying ‘Happy Holidays’ this time of year does not denigrate Christianity,” she wrote. “It simply acknowledges and respects the great diversity of our nation and includes each and every one of us who call ourselves proud Americans.”

Saying “Happy Holidays” this time of year does not denigrate Christianity. It simply acknowledges and respects the great diversity of our nation and includes each and everyone of us who call ourselves proud Americans.

All well and good, except going out of your way to avoid saying the word Christmas actually does denigrate Christianity and leaves Christians out of the celebration of “the great diversity of our nation.”

Rule by Fiat: When the Government Does Whatever It Wants
April 13th, 2021 Sons of Liberty Media