Left-wing filmmaker Michael Moore took to social media following President Trump’s farewell speech and vowed that the left is “not done with him” yet.

In fact, Moore called for the President’s imprisonment, though he declined to elaborate as to what charges Trump should face.

“He [Trump] has just left the White House for good. We the people have evicted him. I will go ahead [and] cancel the U-Haul,” he delighted.

“He now flies over the wreckage he has created, knowing we are not done with him,” Moore continued. “Trial. Conviction. Imprisonment. He must pay for his actions – a first-ever for him.”

The documentarian’s bitter ramblings are yet another in a long line of evidence that the left is not interested in unity with Trump supporters – they are only interested in the President’s complete destruction.

He has just left the White House for good. We the people have evicted him. I will go ahead & cancel the U-Haul. He now flies over the wreckage he has created, knowing we are not done with him. Trial. Conviction. Imprisonment. He must pay for his actions – a first-ever for him. pic.twitter.com/a0XVPvQzxh

Michael Moore followed that tweet with another Wednesday morning which was in a more measured and reasonable tone.

Just kidding – he kept up the lunatic parade and calls for President Trump to be imprisoned.

They report that Manhattan District Attorney Cyrus Vance Jr. has gotten access to some of the President’s tax returns in a case “that could result in criminal charges.”

President Trump has previously slammed that case as politically motivated.

“This is all a political prosecution. I won the Mueller Witch Hunt, and others, and now I have to keep fighting in a politically corrupt New York,” he tweeted.

Others Who Support Jail Time For Trump

Moore isn’t the first left-wing lunatic to suggest President Trump will face imprisonment following his departure from the White House.

“What’s obvious is that these are sites that we want to continue serving the public, but not with an organization led by a criminal,” de Blasio said.

New York City will terminate business contracts with the Trump Organization following the assault on the U.S. Capitol.

In an interview with MSNBC Tuesday night, House Speaker Nancy Pelosi insinuated President Trump could be charged as an accessory to murder for his alleged role in the Capitol riots.

"When we talk about, 'did any of our colleagues collaborate?’ — that remains to be seen … If they did, they would be accessories to the crime. The crime, in some cases, was murder. This president is an accessory to that crime," Speaker Pelosi says about the Capitol riot. pic.twitter.com/wZW5AFZmBb

For his part, Michael Sherwin, the acting U.S. Attorney for D.C., repeatedly assured reporters in a press call following the protests that he would investigate and charge “all actors” involved in the riot, refusing to rule out criminal charges.

Don’t think for a moment now that the left has ousted President Trump that they won’t continue to make his life a living hell. 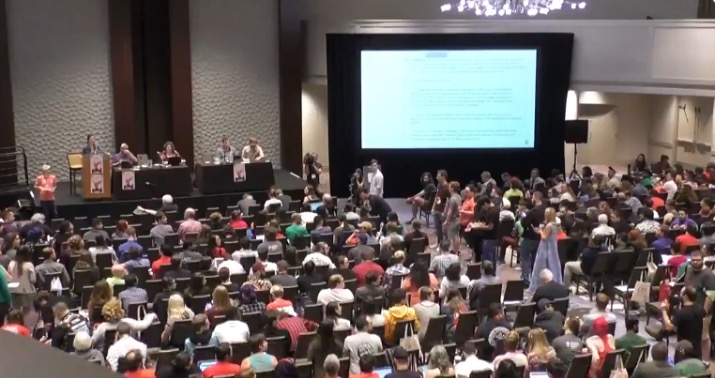