While appearing on Monday’s edition of “Fox News Primetime,” Rep. Elise Stefanik, R-NY, said that Merrick Garland, Joe Biden’s pick to be Attorney General, is unfit for the job.

“My response is he is not fit to be the attorney general because he’s not reading the basic news. If he hasn’t read The New York Times, The Washington Post, The Wall Street Journal for the past month, that’s on him,” she said.

“He — as the American people are aware, this is a serious corruption scandal at the highest levels of New York State government. We need a much clearer response from the nominee to be attorney general, making sure that there is an independent, apolitical, fair investigation,” she added.

As our own Dave Workman reported, Fox News said that Garland, “signaled Monday that the Justice Department under his leadership would “advance” the policies of the Biden administration on gun control.”

According to the report, Garland was responding to a question from Sen. Mike Lee (R-Utah) about whether the nominee would support “banning certain types of firearms?”

“Well, as I’m sure you know,” Garland responded, “the president is a strong supporter of gun control and has been an advocate all his professional life on this question.”

“The role of the Justice Department,” he added, “is to advance the policy program of the administration as long as it is consistent with the law.”

What about it being consistent with the Constitution, grassroots activists might wonder.

But, as the commercials like to say, there’s more.

Garland refused to say that crossing the border illegally is a crime.

“Do you believe that illegal entry at America’s borders should remain a crime?” Sen. Josh Hawley, R-Mo., asked.

Garland basically said he didn’t know if that was illegal.

And that’s not all.  Hawley asked Garland about Antifa and BLM, the two left-wing terror groups that spent much of the summer burning buildings down.  Garland’s answer was, to say the least, perplexing.

“So, an attack on a courthouse while in operation — trying to prevent judges from actually deciding cases, that plainly is domestic extremism, uh uh um um uh uh, domestic terrorism. An attack simply on a government property at night, or under any other kind of circumstances, is a clear crime and a serious one, and should be punished,” he said.

And, he stated that he was unaware that Mexican drug cartels game the immigration system:

GRAHAM: I’d like you to go because I just got back and I learned that drug cartels are using our asylum laws against us. They will collect people to sort of rush the border and once they are apprehended and most of these claims, 90 percent are rejected. And that will take resources away from securing the border and detecting drugs and protecting the nation against terrorism. This is a behavior by the cartels. Will you look into that practice of using asylum claims by drug cartels to weaken border security? [Emphasis added]

GARLAND: I had not known about this and I will certainly look into this problem. I think the drug cartels are a major menace to our society. The poison that they put into our streets is damaging communities of every kind. [Emphasis added]

The gaming of the U.S. asylum system by the cartels is well documented by experts, federal officials, and agents on the ground. In June 2019, Breitbart News exclusively reported leaders of the Gulf Cartel help traffic migrants into the state of Texas.

The cartel operation has also been acknowledged by establishment media. In March 2019, the Washington Post reported how cartels traffic migrants into the U.S. by utilizing the asylum system. In November 2016, federal immigration officials exclusively told Breitbart News the cartels often coach migrants on how to fraudulently claim asylum in the U.S.

And he refused to say if he believes biological males should be allowed to compete in women’s sports:

GARLAND: "This is a very difficult societal question."

KENNEDY: "I know but you're going to be Attorney General." pic.twitter.com/Rsd9ItyI6G

The bottom line is this — Merrick Garland should not be Attorney General.  It’s clear from his answers that he is unfit for the job and should be soundly rejected.

As Weasel Zippers wryly noted, we really dodged a bullet when he wasn’t confirmed for the Supreme Court… 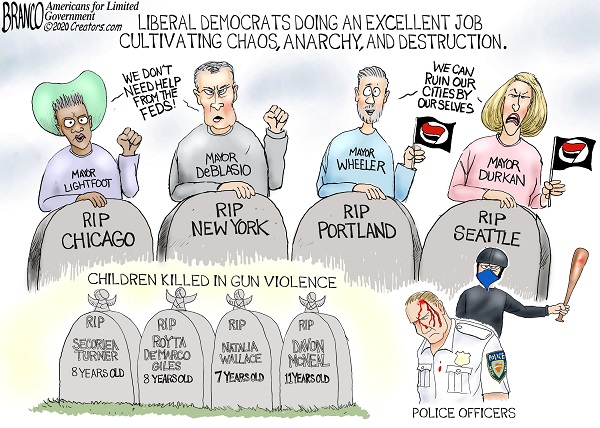 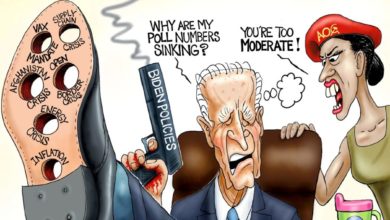 Cartoon of the Day: Friendly Fire