Hot on the heels of allegations that former Obama national security adviser Susan Rice sought to “unmask” people on President Donald Trump’s transition team, the mainstream media is circling the wagons around her, the Washington Times suggested today.

Here’s what the newspaper said in an analysis published Tuesday morning:

“Let’s be clear. There are two stories worth pursuing. One is the FBI’s investigation into any collusion between the Trump administration and Russia. So far, no evidence has been provided that there was any. The second is why did Ms. Rice seek this unmasking and was it done for political purposes – in other words, did the Obama administration actively seek to spy on the incomingTrump administration?

“The second story doesn’t interest the mainstream media – which instead of investigating, immediately aimed to discredit.”

The Rice bombshell exploded Monday, with stories at Fox News and the New York Post. And the Daily Caller, quoting former U.S. Attorney Joseph diGenova, reported that Rice allegedly “ordered U.S. spy agencies to produce ‘detailed spreadsheets’ of legal phone calls involving Donald Trump and his aides when he was running for president.”

But CNN’s Don Lemon is calling the story “a diversion” and Anderson Cooper, in a discussion with CNN’s Chief National Security Correspondent Jim Sciutto, played down the notion that something was wrong with Rice’s request.

So, which side is taking the right approach?

It depends upon perspective. Appearing on MSNBC, former deputy national security advisor James Jeffery (under George W. Bush) explained that the surveillance that appears to have created this flap “was legal.” However, he said, Rice would have had to make a formal request to the National Security Agency “to unmask names” because that agency essentially “owns” the intelligence.

“This is something you just can’t do for the fun of it,” Jeffery said, “and you have to provide a justification. What was that justification?”

The MSNBC segment dissects the controversy. The segment also features Hugh Hewitt, an MSNBC contributor and radio host, who raises the questions that Rice might need to answer. The segment may be viewed here and below.

Adding to the intrigue was the suggestion Monday from Sen. Rand Paul (R-KY) that Rice should be invited to Capitol Hill to testify under oath on these unmasking reports.

Rice’s first major trip into the spotlight came when she appeared on several weekend talk shows following the Benghazi attack to assert that it happened because of anger over an offensive video on social media.

This flap does raise a question about the media, which has been accused of overwhelming bias toward Rice’s former boss, Barack Obama. Is the effort to provide cover for her an extension of a larger effort to protect the Obama legacy? Is the Rice story a distraction, or is it the other way around? 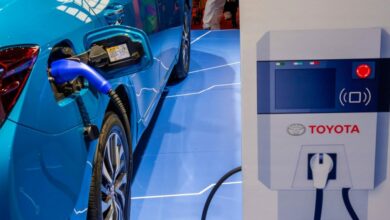