The Mayor called the material given to students “child pornography.”

It wasn’t a normal Board of Education meeting on Monday night in Hudson, Ohio. The entire Schol Board is on the hot seat after parents were horrified at the material given to students in a writing class.

Parents were outraged over a book of writing prompts given to high school students taking a college credit course called “Writing in the Liberal Arts II.”

The book provided to students called  “642 Things To Write About” contained writing prompts that encouraged students to write about sex, drinking, and murder.

Many of the prompts in the book were benign, such as describing the worst Thanksgiving dish you’ve ever had, but according to Cleveland.com, one of the parents of a student that received the material read out several of the prompts that are clearly not meant for high school students.

Some of the prompts from the book were:

Parents at the meeting said that these prompts are inappropriate for high school students, and one parent said that he was “appalled” at the content and demanded cameras in the classrooms to allow parents to monitor what is being taught to their children. One parent called the prompts tantamount to “grooming.”

Mayor Craig Shubert spoke up at the meeting and gave the 5-member School Board an ultimatum — resign or be charged.

He said, “It has come to my attention that your educators are distributing essentially what is child pornography in the classroom. I’ve spoken to a judge this evening and she’s already confirmed that. So I’m going to give you a simple choice: either choose to resign from this board of education or you will be charged.”

“I'm going to give you a simple choice: You either choose to resign or you will be charged." pic.twitter.com/guhp0zc0ns

From the Akron Becon Journal:

In a prepared statement, Superintendent Phil Herman said the “inappropriate and offensive writing prompts” were part of a supplemental resource used in the high school senior-level College Credit Plus writing sections.

“The district immediately determined this writing resource should not be in the hands of our students, and on Monday, collected the books from the students enrolled in the course,” Herman said. “It is important to note that at no time were any of these inappropriate writing prompts assigned as part of the class.”

Brian Wilch, a high school Principal said that the course is offered in association with Hiram College for college-level credit, but it is taught in the high school. Wilch said that the material wasn’t properly vetted for high school students.

“We did not exercise due diligence when we reviewed this resource and as a result, we overlooked several writing prompts among the 642 that are not appropriate for our high school audience,” said Wilch. “…We feel terrible. At no time were any of these inappropriate prompts selected or discussed, but still they were there and they were viewable, and you can’t unsee them.”

As for Mayor Shubert’s ultimatum… it may not be successful.

It’s not clear whether the board can be held criminally liable for material that was being used in a class.

Having not seen the book that was used in the writing class at Hudson High School, Lusher said he wouldn’t want to judge whether the material “would cross a line or not.”

While emphasizing he is not familiar with the Hudson Board of Education’s process to approve curriculum, Lusher said school boards typically have a process where curriculum is reviewed by committees before it comes before the board for its approval. He said he believes it’s “unlikely that something would get to them that is of such moral turpitude that it would bring criminal charges.”
Source: Akron Becon Journal

In Ohio, the issue of parental notification is being addressed. State House Bill 110, which takes effect on September 30, requires school districts to have parents sign permission slips for College Credit Plus classes. In addition, the Ohio departments of Education and Higher Education are working together to create a permission slip to notify parents about “mature subject material” that could be included in College Credit Plus courses. This isn’t currently a requirement in the state.

As we have seen recently, parents are taking back control of their children’s education from the monolithic teachers’ unions and demanding accountability for the curriculum.

If there’s one positive that can be attributed to the pandemic school closures, it’s that the “virtual learning” allowed parents to see what exactly was being taught to their kids. Public school enrollment dropped during the pandemic, and homeschooling has increased dramatically despite remaining a steady 3.3% of students since 2012.

Parents are looking also for alternatives in the form of charter schools and private schools.

I’m old enough to remember when a certain Orange Man said that school choice was the civil rights issue of our time.

He was right then and he’s right now.

Democrats don’t want school choice because it would end their monopoly and anger their big backers, teachers’ unions. They’d rather just have public schools continue to fail students rather than see competition for education dollars.

Parents need to continue to pressure school boards to actually educate students and call them out when they get things wrong, just as they’re doing in Hudson, Ohio right now. 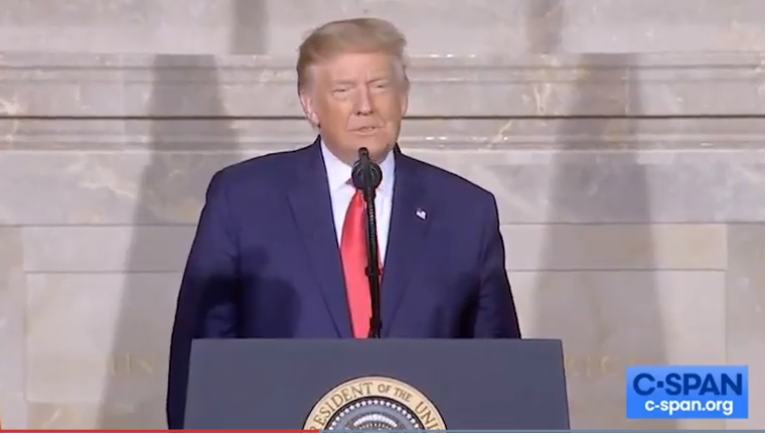 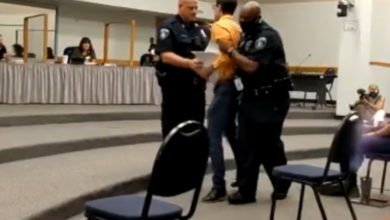 Amy Coney Barrett’s Neighbor Has a Message for Leftist Protesters Picketing Her House
May 15th, 2022 Flag And Cross

Amy Coney Barrett’s Neighbor Has a Message for Leftist Protesters Picketing Her House
May 15th, 2022 Flag And Cross

Revealed: Whistleblower document shows how corrupt FBI has been ‘monitoring’ certain news media
May 16th, 2022 DC Dirty Laundry
Our Privacy Policy has been updated to support the latest regulations.Click to learn more.×
Close
Close
Log In