While appearing on The Blaze TV, Mayor Beth Van Duyne of Irving, Texas, said that her city’s police chief, officers, teachers and school administrators, have all received death threats as a result of a tweet issued by President Obama touting Ahmed Mohamed, the young Muslim student who brought a homemade “clock” to school.

Mayor Van Duyne said she has not heard from Obama and told Glenn Beck she was shocked to see his message.

“I was really shocked when I saw his tweet, yeah. I was really surprised. It seems to be an underlying habit that he is going to second-guess police officers without any kind of information,” she said.  “I now have our police chief who is a wonderful, wonderful man, a family man, a churchgoing man, and I now have our police officers as well as a number of teachers, school administrators, receiving death threats as a direct result of this. It is unfortunate, and it has got to stop.” (Emphasis added)

“We’ve heard more from the media than the child ever released to the police when we were asking him questions. He told a lot more to the reporters than he ever told to the police,” she added. There’s a problem with that. If your child was in that school and you saw something like this come in, you would want to make sure it is our priority to make our children safe in school, period. Irving is the fifth safest city in the country. We’re pretty very proud of that fact. We have a very professional police department. I’m very proud of them. What has happened as a result of the hashtag of the misinformation that has been spread like wildfire immediately by the president is we now have death threats on members of our police department and in our school district. For what?” (Emphasis added)

Cool clock, Ahmed. Want to bring it to the White House? We should inspire more kids like you to like science. It's what makes America great.

Yeah… Cool.  Now, thanks to Obama, good men and women in Irving, Texas, are getting death threats.  Worse yet, we’re just now hearing about it.  And we can thank the Democrat-media complex for that.

There’s so much more to this story it isn’t even funny.

Here’s video of the exchange, and it’s chilling… 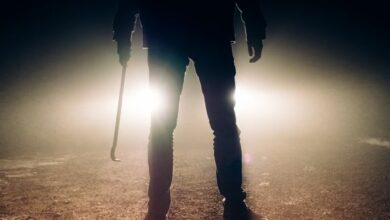