Rep. Maxine Waters, the Trump-hating California Democrat known by many as “Crazy Auntie Maxine,” is at it again.  This time she is ranting that the so-called Alt-Right want to kill her.  Why would anyone on the right do her harm?  She’s a walking, talking campaign commercial for Republicans.  It’s more likely that people on the right would give her a ride to her speech than do her bodily harm.

The left’s favorite crazy aunt has been spouting off continually about impeaching President Trump, and so far the only reason she can think of he doesn’t share her thoughts, mostly because he is sane.  She has called Jeff Sessions a KKK member and all sorts of accusations with one thing in common.  She can’t come up with a reason why.

According to PJ Media:

“What can we do to deal with the KKK, the white nationalists, the extremists, the alt-right?” Waters, who serves as ranking member of the House Committee on Financial Services, asked during a Subcommittee on Terrorism and Illicit Finance hearing. “They’re on the internet, they’re Breitbart. If you look at the YouTube, you see how much they want to kill me and others. What can we do?”

We performed a search at Breitbart and found not one single article calling for Waters’ death, so it’s not clear what she’s referring to.

The hearing was held to discuss small-scale and “lone-wolf” terrorist threats, with much of the focus on the financial aspects of terror plots. Seamus Hughes, deputy director for George Washington University’s Program on Extremism and former senior counterterrorism advisor for the Senate Homeland Security and Governmental Affairs Committee, told Waters that domestic terrorists are as much a threat as foreign-born terrorists.

Notice anything that might be missing from the last two paragraphs?  There is no mention of BLM or antifa as domestic terrorists.  I don’t disagree with them when they mention white supremacists or the KKK.  I agree with them, but you are remiss in not mentioning BLM and antifa, who burn and loot stores into bankruptcy and attack those on the right.

My idea is to put all four groups on a cruise ship and head them towards Europe, providing them with just enough fuel to get them halfway across.  That would Make America Great Again.

Waters reeled off a list of domestic terror acts, including, the Ruby Ridge standoff in 1992, the Oklahoma City bombing in 1995, the U.S. Holocaust Memorial Museum shooting in 2009, the Wisconsin Sikh temple shooting in 2012, the Los Angeles International Airport shooting in 2013, the Colorado Springs Planned Parenthood shooting in 2015, the Portland train attack this year and Charlottesville.

What? No Ferguson 1 , 2  and 3 or Baltimore? How about San Jose or Berkeley 1 and 2?  Plus, as I recall, the terrorism at Ruby Ridge was conducted by the Clinton Administration as well as Waco, Texas, where Janey Reno barbecued a bunch of young kids as well as the adults.

Hughes described the creative ways in which domestic groups have financed their terror activities. For example, an offshoot of the Aryan Nations, The Order, robbed several armored vehicles in the 1980s, laundering more than $4 million to be used in financing and arming white nationalist groups. He described how in 2011, Army Pvt. Isaac Aguigui murdered his pregnant wife, collected about $500,000 in insurance money and then purchased $30,000 worth of guns and ammunition for his militia group Forever Enduring Always Ready, a group that had plans of assassinating President Obama.

Not even an honorable mention to George Soros?

Back in February, Joe Newby, editor-in-chief of the Conservative Firing Line, reached out to Waters’ Washington, D.C. office, asking if she condemns death threats against President Trump and his supporters.  He asked:

All of these questions could have been answered with a simple “yes” or “no,” but, ironically, she has refused to respond –even after all this time.

The old maxim of Qui tacet consentiret — Silence gives consent — could easily be applied to Waters — even as she continues to smear her political opponents. 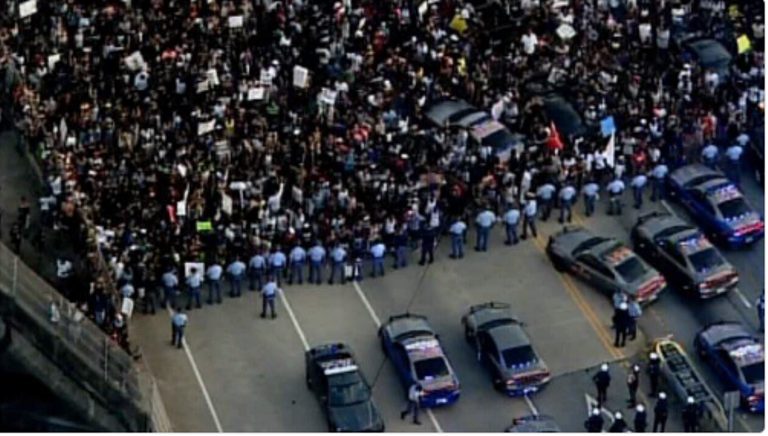 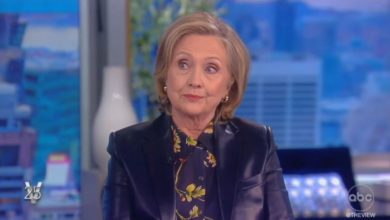