LIKE cockroaches are wont to do – whenever a spotlight is shined on them, even at these pages – they scurry hither and yon, only to resurface at a later date. Hmm. Such is one typical case with an out and out jihadi – a loud-mouthed and brazen Massachusetts cockroach from Worcester to boot – who hails from a state that is infested with a continuous flow of jacked-up jihadis. Fact-based.

IN any case, William Scanlon’s first unveiling at these pages can be found here. Trust, the revelations aren’t pretty. He is VERY dangerous.

BUT never mind. Apparently, he is not as smart as he fancies himself. He is surely as dumb as a big ox, at least when it comes to underestimating this investigative journalist, who happens to be considered an expert on the Muslim Brotherhood Mafia with “delicate” connections spanning the U.S. and Israel.

Adina is an expert on the Muslim Brotherhood and her previous interview about the expansionist ideology of the organization sent shock-waves across the internet. Adina is an editor of several websites that examine the growing violence in the name of Islam, and she is the creator of a popular Israeli blog. Her insights into the conflict between Israel and the Islamic terrorists of Muslim Brotherhood, Hamas and the Palestinian Authority will give our readers an opportunity to find out the truth about the Middle East without the Israel bashing propaganda of the mainstream media….continue reading….

You got that, bucko?

ONTO his latest criminal admissions in this direction – re aiding and abetting Hamas, the Brotherhood Mafia’s Gazan arm, a designated terror org by U.S. authorities – via Facebook’s PM feature, regardless that he is NOT a so-called “friend” and is supposedly “blocked” from said personal page:

Hey you Zionist Whore. I am still here .Still writing ,reporting the lies of you Jews and still supporting the State of Palestine including Hamas. I meet on a regular basis with Palestinians in Worcester, Massachusetts and we collect monies that goes to Muslim physicians in Gaza and the West Bank. You know nothing about the Muslim Brotherhood or the new Muslim Sisterhood in Gaza. No need to buy guns as I give classes in the use of a 3D printer, even in Gaza they can manufacture polymer weapons that are undetectable by the IDF. Isn’t technology great?

So I passed the last visit you sent me from the FBI. Can’t put me in prison for writing in America, not even about you Jews. Even if I am a radical. Its legal here unlike the press suppressed Zionist Apartheid of Israel.
Here is picture of the Muslim Sisterhood from my Hamas friends in Gaza IF you decide to get involved in protecting America and supporting Israel by writing articles, conducting counter-terrorism research, or by speaking publicly about the atrocities being committed everyday by Islamic terrorists around the world, you will almost certainly receive death threats and other threats often pertaining to your family.
The threats against me are not new, but I am seeing more from Islamic terrorists and their supporters inside America.  One such recent threat was by an Islamic terrorist William Scanlon, Worcester, Massachusetts.  From his social media posts he is allegedly a former U.S. police officer, lived in Gaza and supported Hamas.  Allegedly fighting for Hamas (U.S. designated terrorist organization) against Israel.  Scanlon has sent several prominent U.S. counter-terrorism professionals threats against their lives and their families.  Scanlon says he is a Muslim.  Below is a partial email I received last week from Scanlon:“Just imagine me or another Muslim fucking your wife/daughter Jack and Dave. Or imagine how life will be as we Muslims infiltrate America as we have been doing since 1776. That should get those gastric juices flowing. hehehehehehe”!

(See threat from Scanlon to Pamela Geller below)

There are five things you must do when handling a threat from an Islamic terrorist likeWilliam Scanlon:

1.  Take the threats seriously.
2.  Let the Islamic terrorist know you do not fear him/her and will do whatever is needed in accordance with the U.S. Constitution to protect your family and yourself.  Inform the terrorist if he/she approaches your family then he is subject to ‘all hell breaking loose on his foolish person”.
3.  Report the matter to law enforcement officials, but don’t expect any actions from them.  This specifically includes the FBI.  Americans must understand federal law enforcement officers have been indoctrinated to support Islam and Muslims first, before even thinking of supporting non-Muslims who receive death threats.  Eric Holder has insured our federal authorities know that American Patriots are the real threat to America, and not Islam and it’s terrorists.
4.  Insure other American and Israeli Patriots who work counter-terrorism issues are made aware of threats you have received.  It is likely they have received similar ones from the Islamic terrorist such as Scanlon.
5.  You must be willing to give your life to protect America, your family, and the U.S. Constitution. A tactic used by Islamic terrorists (such as CAIR leaders) is to use ‘legal lawfare’ Jihad against you.  This means lawsuits.  Do not be intimidated by their threats of lawsuits.  Their allegations are frivolous.

Terrorists such as Scanlon are big men when it comes to threatening innocent women and children, but are cowering cowards when it comes to facing men.  They should be aware that female American Patriots such as Geller can handle themselves when the need arises.  Geller told Scanlon she has three words for him, “I shoot straight’.

It is important that American Patriots support our right to have firearms for our protection.

The threats by Scanlon toward myself, my family and others was reported to FBI officials this week.  Do not be surprised when I tell you that the threats were ignored.  The FBI said they need more specifics!  A threat to sexually abuse family members and to kill you, is not enough evidence to get them out of their comfortable seats and do their job.  Now, if Eric Holder wants to destroy a police officers life even when all available evidence against the officer proves he was acting in accordance with the law, he will send 40 plus FBI Agents to their hometown such as recently in Ferguson, MO.

Bottom line:  There is no one who cares about your family the way you do.  No one loves them more.  It is your responsibility to protect them.

William Scanlon should be investigated by the FBI for his support of Hamas and his alleged support of them when he was in Gaza for 8 years.  Fact:  Our country is not protected from future Islamic based terrorist attacks because we have Eric Holder and Obama as the number one supporters of Islamic terrorist actions.

William Scanlon should be in prison for his threats and support to U.S. designated Islamic terrorist organizations such as Hamas.  If he were to attempt carry out his planned threats against my family or myself, it is a promise he will not have to worry about prison. Dave Gaubatz

NOTE:  William Scanlon (Islamic terrorist) advised he has a journalist friend (Glenn Greenwald) who supports him and his cause to kill innocent Americans and Israelis, and to commit other atrocities such as harming girls and women. Greenwald is no better than the Islamic terrorists he supports.

HEY, FEDS? What say you? Once again, are you going to “see no Islamic evil, hear no Islamic evil”, just like you did in the summer of 2014 when you “questioned” Scanlon, as he brazenly admitted this past Wed in his most recent PM?
MIND you, three major pressure points had to be duly applied, to even warrant said pithy scrutiny: this site’s reporting; a confab with the FBI by high-level counter terror investigator Dave Gaubatz, as well as with another victim who presented similar compelling evidence re Scanlon’s jihadi threats against him and his family. Indeed, he spoke with two FBI agents within spitting distance of the jihadi’s backyard in Worcester, MA, its exact location being 120 Front St, 8th Floor Worcester, MA 01608!
MOST recently, what about said “confessions” to this investigative journalist (cited above – June 22, 2016, WED. 3:03 PM – admitting that he raises monies for Hamas etc., a designated terror org. since Oct. 1997), are they not enough to throw his ass in jail? If not, why not?
AND Facebook, what say you? Why are your censors allowing the likes of Scanlon – and scores of others – to threaten non-Muslims with rape and murder, all the while one or another admits to supporting Brotherhood Mafia front groups, which happen to be branded terror orgs by U.S. law? Moreover, are these plain view actions on Facebook “justified” because they are lobbed against those who criticize Islam and its direct nexus to militant jihad?
AS a side note: “BANNED: How Facebook Enables Militant Islamic Jihad” (with a publication date between August and September 2016) couldn’t come at a more precipitous juncture in time!
STILL yet, not to be lost in this important discussion, the following is a message, a warning, to Willie-boy Scanlon:
THIS proud and staunch Zionist (no less, an American patriot) fields contacts throughout your neck of the woods in the “Bay State” (and too many other states to count), who would love to meet you “mano-el-mano”, if you know what that means. In other words, not only do they take personal umbrage at your smack-talk against a close contact of theirs, but they are VERY offended at the blood libels you hurl against Jews – and they are not even Jewish! Let’s just say they are well-armed, well-trained, and deal with jihadis like you for sport, even though you fancy yourself a tough guy. Understood?
THEREFORE, a word to the none too wise: Scanlon, back-off – or else!! 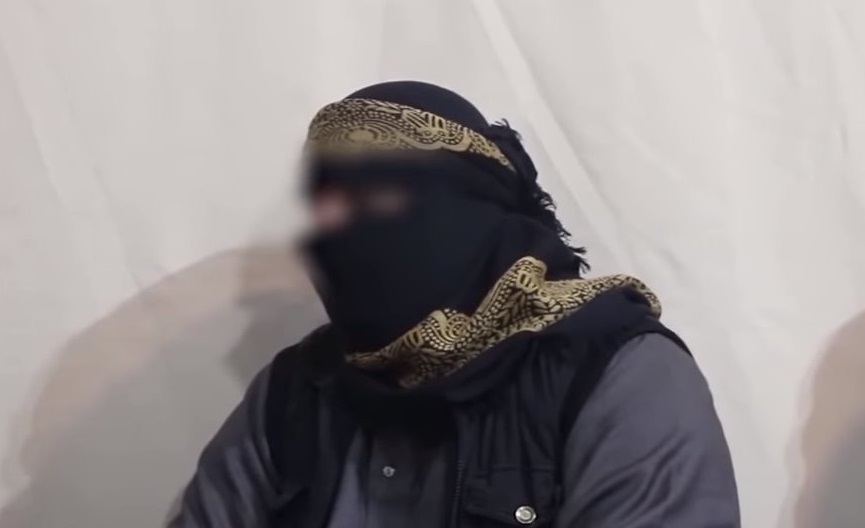 Obama threatens to defund military if Guantanamo Bay not shut down