New Bedford – A Massachusetts gun buyback netted about 40 guns… 22 of which were BB or Pellet guns. Authorities were excited to  “get them off the street.” But ask yourself, did that make the people of New Bedford any safer?

Let’s just say that statistics can be skewed any way you choose to say whatever you want them to say.

At any rate, New Bedford law enforcement, in conjunction with UMass Dartmouth, Attorney Scott Lang, Pilgrim United Church and the Interchurch Council of Greater New Bedford
decided to hold a gun buyback called “Groceries for Guns.” (WSBM) They advertised gift certificates for groceries in the amounts of $50 to $75. And the guns they gathered were somewhat less than the type of guns that bad guys might use. Some of the fake guns even still had the orange tab on them. 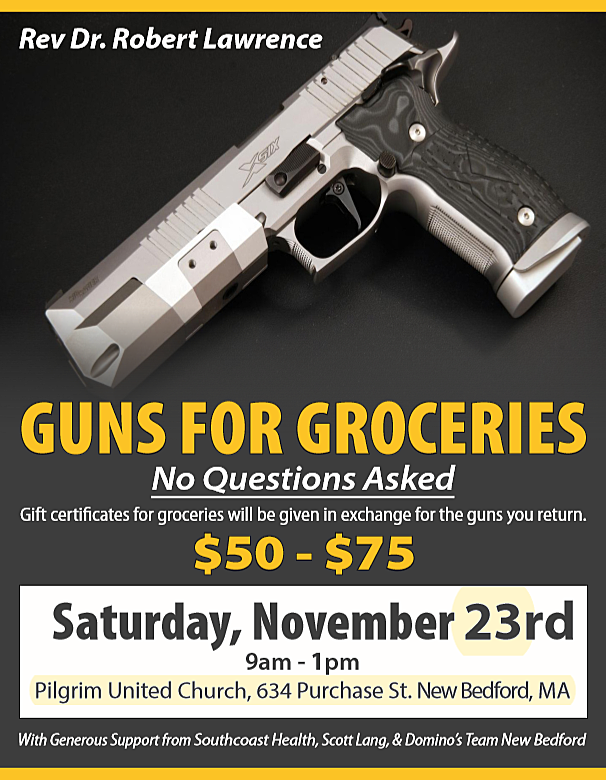 “I’m always concerned about the BB and pellet guns because they look so realistic. Many times guns of this type are used in robberies, so it’s good to get them off the street.” New Bedford Police Chief Joseph Cordeiro

BB gun and pellet guns, if used by criminals, are used for the fear effect. We have stated for years now that gun buybacks are a futile endeavor. Even if you get some of the higher end weapons, the fact that those who have them could be legal gun owners, rather than criminals, stands in the way of effectiveness against violent crime.

Only offering a “grocery gift certificate” doesn’t woo many honest to goodness criminals. And of course if you do offer cash, they’ll take it and go buy another gun. This Massachusetts gun buyback was completely ineffective in the fight to protect New Bedford citizens from the ravages of crime.