On Saturday, TK Whiteman reported that GOP nominee Donald Trump was rushed off the state at a campaign rally in Reno, Nevada, when a ruckus broke out front and center of the crowd nearest Trump.  A man, identified as Austyn Crites, was taken into custody by the Secret Service, then later released.

The Arizona Republic said Crites is a registered Republican who supports Democrat Hillary Clinton, the most evil person ever nominated to the White House by a major party.

Members of the audience at the event for the GOP presidential nominee tackled Austyn Crites, 33, of Reno after someone yelled “gun” while others were trying to rip away his anti-Trump sign.

“I just went with sign that said ‘Republicans Against Trump,’ ” Crites said. “It’s a sign that you can find online. I held up the sign and initially people around me were just booing me telling me to get out of there. Then a couple of these guys tried grabbing the sign out of my hands.”

Crites had no weapon. Secret Service agents later released a statement to that effect and let him go without charges.

But, Joe Hoft wrote at the Gateway Pundit, there’s more…

On Monday February 27th, 2012, WikiLeaks began publishing The Global Intelligence Files, over five million e-mails from the Texas headquartered “global intelligence” company Stratfor. The e-mails date between July 2004 and late December 2011. They reveal the inner workings of a company that fronts as an intelligence publisher, but provides confidential intelligence services to large corporations, such as Bhopal’s Dow Chemical Co., Lockheed Martin, Northrop Grumman, Raytheon and government agencies, including the US Department of Homeland Security, the US Marines and the US Defence Intelligence Agency. The emails show Stratfor’s web of informers, pay-off structure, payment laundering techniques and psychological methods.

And, some say, he engaged in classic “birddogging”:

Incident in Reno was classic #BirdDogging. #AustynCrites is a Hillary supporter with a sign that said "Republicans Against Trump". Riiiiight

Austyn Crites is likely a filthy ‘birddogger’ for Hillary.

Trump nailed it before the incident when he said the person was a Hillary supporter and was getting paid.
He even asked ‘what are they paying you? $1,500?’

Hillary and her goons are so predictable. 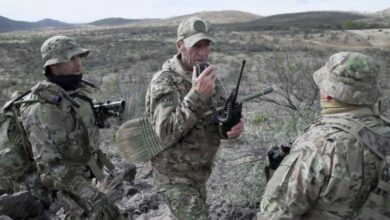 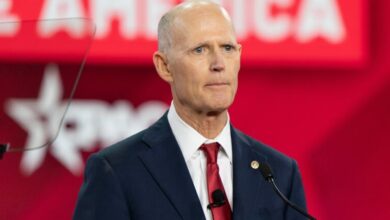