A new survey has found that the vast majority of Americans believe that the country is on the wrong track morally, but meanwhile the nation continues to move away from organized religion at an unprecedented rate.  Needless to say, America’s moral decline has been a focus of mine for a very long time.  Our society has been steadily decaying for decades, and our culture is now radically different than it was when I was growing up.  I would love to see our culture return to the way that it was 50 or 60 years ago, but I don’t think that is ever going to happen.  Instead, the numbers seem to indicate that our culture is going to continue to deteriorate as older Americans die off and younger Americans gain more power in society.

According to a brand new Deseret News/Marist Poll survey that was just released, 72 percent of Americans believe that “the nation’s moral compass is pointed in the wrong direction”.

On the surface, that number would seem to be really good news.

Because if most of us can agree that there is a problem, theoretically we should be able to agree that a solution to that problem is necessary.

The survey also discovered that it isn’t just highly religious Americans that believe that we are in moral decline.  74 percent of Christians agreed that “the nation’s moral compass is pointed in the wrong direction”, and 69 percent of non-religious Americans also agreed with that statement.

I found that to be very noteworthy.

And this is how the numbers broke down by political affiliation…

It is very rare for any survey to ever find this sort of widespread agreement on any issue.

Surprisingly, the survey also found that more than half of all Americans still believe in the God of the Bible…

But despite the numbers that I just shared with you, apparently most Americans do not believe that organized religion is the answer to our moral problems.

In fact, the survey found that the percentage of Americans that attend religious services “at least once or twice a month” has fallen by 12 percent just since 2011…

So what will our society look like if these trends continue?

The survey also discovered that the oldest U.S. adults are more than twice as likely as the youngest U.S. adults to attend religious services regularly…

These results are perfectly consistent with other poll numbers that I have written about in the past.

As older Americans die off, it appears that our society will become less and less religious.

So if our society is already facing a “moral crisis” today, what would things be like a few decades from now?

That is a frightening question to consider.

A new report released Thursday by the American Enterprise Institute shows, however, that despite the proven benefits of belonging to a faith community, Americans are increasingly leaving organized religion with each subsequent generation and the majority aren’t coming back.

In the report, Generation Z and the future of faith in America, Daniel A. Cox, senior fellow in polling and public opinion at the American Enterprise Institute, who also serves as director of the Survey Center on American Life, paints a complicated and diminished view of religion in American life.

According to that report, Americans that are in Generation Z are almost four times as likely to be religiously unaffiliated as members of the Silent Generation are…

Survey after survey has shown the same thing.

Americans are losing their religion, and young adults are leading the way.

We are a completely different nation than we were 50 years ago.  In this sort of an environment, crimes against humanity of the highest order can be revealed and yet hardly anyone gets upset about them.

On March 9th at 6:30pm, Anti-Abortion activists from groups including PAAU, @TheSurvivors , @prolifesf, & @RehumanizeIntl gained access to the largest & pic.twitter.com/CQM4Sakuri

When I was growing up, what was right and what was wrong was generally very clear.

But these days very few people have a clear sense of what is right and what is wrong.

If we continue to stay on this path, there is only one way that things can end.

Unfortunately, those that are determined to fundamentally transform our society seem to have unstoppable momentum at this point, and that is really bad news for all of us. 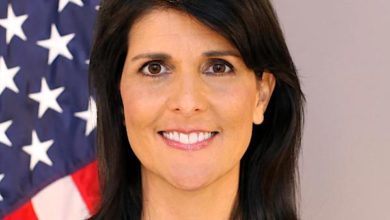