Tony Bennett may have left his heart in San Francisco, but a huge medical convention will not be leaving its dollars in the City by the Bay, according to CBS affiliate KPIX. The organizers of the event claim its members don’t feel safe on the streets.

Tourists once took home memories of famed cable cars. These days, too often it is of the image of someone begging, or dancing in circles, or just wandering around the streets intoxicated or mentally ill.

“You can smell it,” says one tourist.

“I come from a third world county and it is not as bad as this,” says another.

The individuals may have been reacting to a malodorous 20-pound bag of human excrement that someone left on the sidewalk last Saturday in the city’s Tenderloin district. Or perhaps it was to the open-air urinal that the city installed in its Dolores Park in 2016 in the hopes of discouraging public urination on the streets.

But it’s not just the literal stench of human waste that is driving people away from San Francisco and its not just the tourists. The cost of living coupled with the city’s over-the-top-left-wing politicshas resulted in a mass exodus of residents. Almost half of San Franscisco Bay Area residents say they want to leave, according to a recent survey. 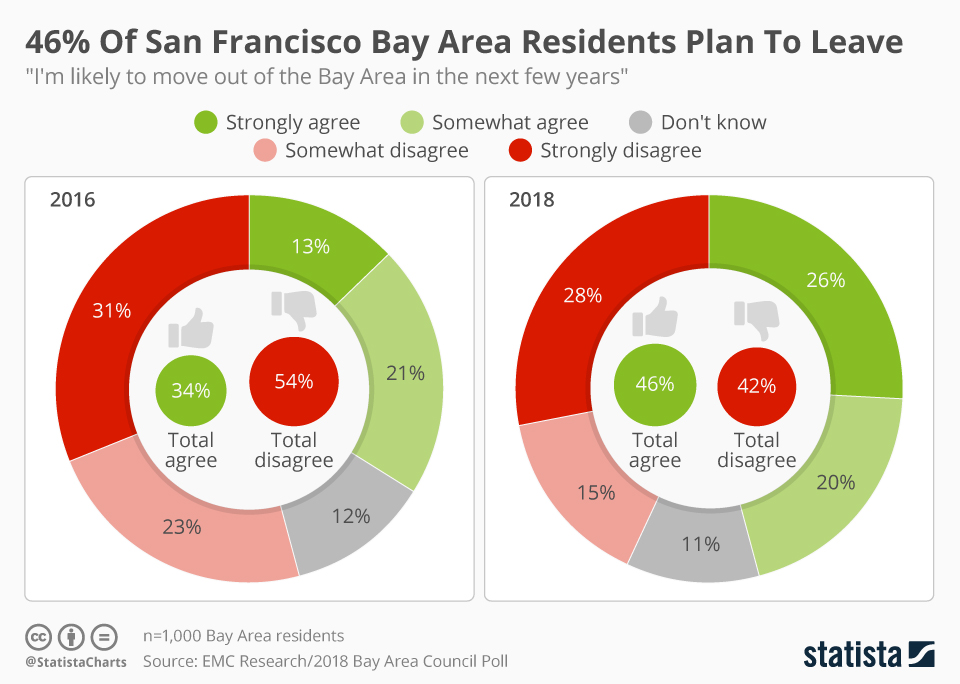 How bad is it? A family earning $100,000 is now considered “low income” in some parts of the city. And the city is so far left politically that the city doled out $190,000 in “sorry money” to an illegal alien from El Salvador who sued the city. His complaint? Police had handed him over to immigration enforcement officials, which is a violation of the city’s sanctuary city statute.