Lying Democrats lately are always trying to quote Scripture to justify abortion. But they are wrong 100% of the time. Why? Because God is a God of Life, not of death. That’s the other guy. You know, the one who “comes as an angel of light.” And he’s a liar and the father of it: the perfect Democrat.

Stacey Abrams, Kamala Harris, and Gavin Newsom have lately attempted to twist Scriptures to fit their own agenda.  They think that Christians will lap it up – and unfortunately some have done so.

“You are of your father the devil, and your will is to do your father’s desires. He was a murderer from the beginning, and has nothing to do with the truth, because there is no truth in him. When he lies, he speaks out of his own character, for he is a liar and the father of lies.” John 8:44

“And no wonder, for even Satan disguises himself as an angel of light.” 2 Corinthians 11:14

Lying Democrats always try to justify their twisted views by saying they were “trained”in Scripture. If they were trained out of a box of Kellogg’s Corn Flakes they still wouldn’t be believable. Why? Because the fruits of their lives do not match the words that come out of their mouths.

Jesus said you would know them by their “fruits.”

“You will recognize them by their fruits. Are grapes gathered from thornbushes, or figs from thistles? So, every healthy tree bears good fruit, but the diseased tree bears bad fruit. A healthy tree cannot bear bad fruit, nor can a diseased tree bear good fruit. Every tree that does not bear good fruit is cut down and thrown into the fire. Thus you will recognize them by their fruits.” Matthew 7:16-20

Abrams, Harris, and Newsom are hypocrites, liars, selfish and unfaithful people. Harris even claimed that opposing abortion was “sinful.”

“I was trained to read and understand the Bible…” Stacey Abrams

“I was trained to read and understand the Bible, and I will tell you this, there is nothing about the decision to eliminate access to abortion care that is grounded in anything other than cruelty and meanness.”

“As so many of us did, I learned in the Bible of the many teachings of the ever-present tension between darkness and light. And I learned in these moments how important it is to recognize the power of faith.”” Kamala Harris

“One word that pervades through all of the discussion was the word of ‘justice.’ The fact that this is such an assault on women of color and women – lower income families is just sinful. It’s sinful. It’s wrong that they would be able to say to women what they think women should be doing with their lives and their bodies. But it’s sinful, the injustice of it all.” Kamala Harris

Newsom is using Scriptures on billboards to justify the murder of children for selfish reasons, calling it Scriptural to “love your neighbor” by killing babies.

Remember this: when Jesus was led up to the pinnacle of the Temple during His temptation, the devil quoted “Scripture” at Him. He didn’t fall for it. You shouldn’t either. The entire thread of the Bible throughout both old and new Testaments requires knowing the God who gave those words to man. Abrams, Harris, Newsom, Biden and even Pelosi wouldn’t know Him if He slapped them in the Face. We can pray for that, can’t we? 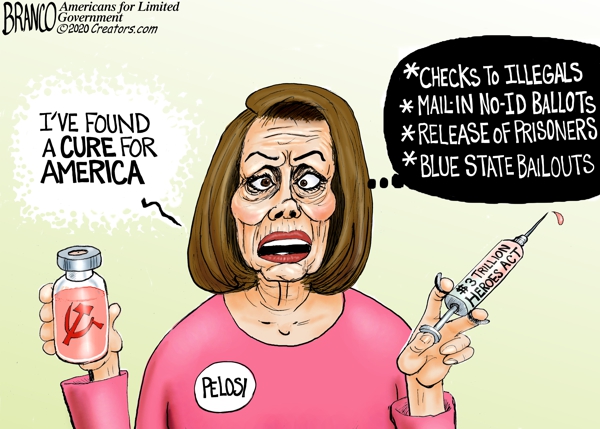 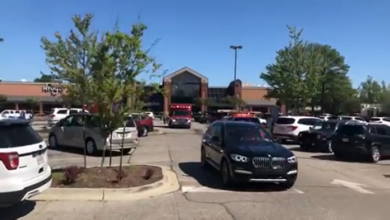 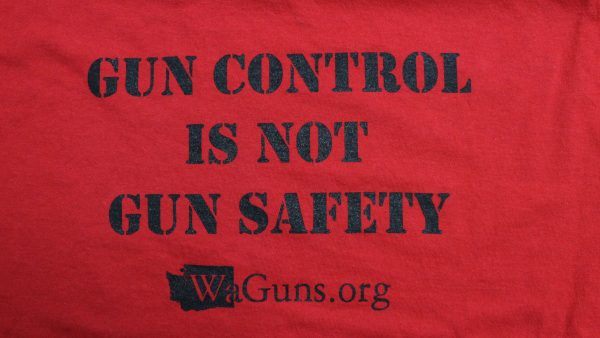 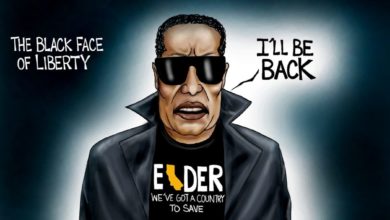 Cartoon of the Day: Black Face of Liberty