(Natural News) If ever there was a more obvious warning that the Biden-led deep state is planning a major attack against Americans on U.S. soil so they can use it to justify a host of new liberty-stealing ’emergency’ measures like gun confiscation and false imprisonment, we can’t remember one.

As readers know, the U.S. has finally pulled out of Afghanistan, and while Joe Biden screwed it up to the point of getting 13 American military personnel killed by a suicide bomber, our country is no longer engaged in fighting an endless war there.

However, the Taliban that we kicked out of power 20 years ago is now back in power — gosh, who but every U.S. military veteran of that war could have seen that coming? — and already the Biden regime is using that development to its political advantage.

These are some sick, power-mad people and they couldn’t care less if they destroy our country as long as they can rule over the ashes.

According to Information Liberation:

Homeland Security head Alejandro Mayorkas together with his underling John Cohen and the propagandists at the Anti-Defamation League went to CNN on Wednesday to drop a new blood libel smearing White Americans as “domestic violent extremists” in line with the Taliban who are poised to start committing terrorist attacks at any moment.

All the same tactics our globalist overlords used to smear all Muslims as terrorists in order to launch the War on Terror in the Middle East are now being used against the American people to launch a new domestic War on Terror here at home.

Meanwhile, as the regime’s role players continue to hype the fan “white supremacists behind every tree” lie, the left-wing Anti-Defamation League’s own [inflated] numbers reveal that last year, there was the the lowest number of “domestic extremist-related killings” in more than 10 years — a period of time that, of course, included the ‘leader of the white supremacist movement,’ President Donald Trump.

“According to an annual analysis by ADL’s Center on Extremism, domestic extremists were responsible for killing at least 17 people in the U.S. in 15 separate incidents in 2020, a significant decrease from the 45 extremist-related murders in 19 incidents documented in 2019, and the 54 murders in 20 incidents in 2018,” the ADL reported in February.

“It’s worth noting that 2015 and 2016 were so high because of the Muslim terrorist attacks committed in San Bernardino and Orlando,” Chris Menahan of Information Liberation noted at the time.

But do you know what did happen in 2020? For most of the year left-wing groups rioted in our streets, burned businesses, terrorized cities, and vowed to continue attacking the civil society if Trump won reelection — and yet, Mayorkas and those clowns at DHS continue to give those malcontents a pass.

In any event, there is a purpose behind the lies, of course, and that is:

— Paint everyone who supports President Trump as a racist bigot;

— Lie about the threat of said Trump supporters so they can be oppressed and jailed ‘under the color of law.’

And to to do that, of course, will take false flag attacks and other incidents.

We’ve already seen that happening — a lot. Because the actual threat of white supremacy is practically non-existent, the FBI has resorted to conjuring up “threats” by literally creating plots and then entrapping “suspects” in those plots.

In recent months, of course, that has included the phony “insurrection” at the U.S. Capitol Building Jan. 6 as well as the “plot” to “kidnap” one of the nation’s most incompetent and unpopular governors, Gretchen Whitmer of Michigan. And of course, we all know that the FBI’s fake plots will all culminate with the Biden regime pushing to disarm as many patriots as possible.

There is no “white supremacy” problem in the United States and there hasn’t been in a century. Never forget that when you hear Biden’s clowns trying to convince you otherwise.

Now you know why they’re trying. 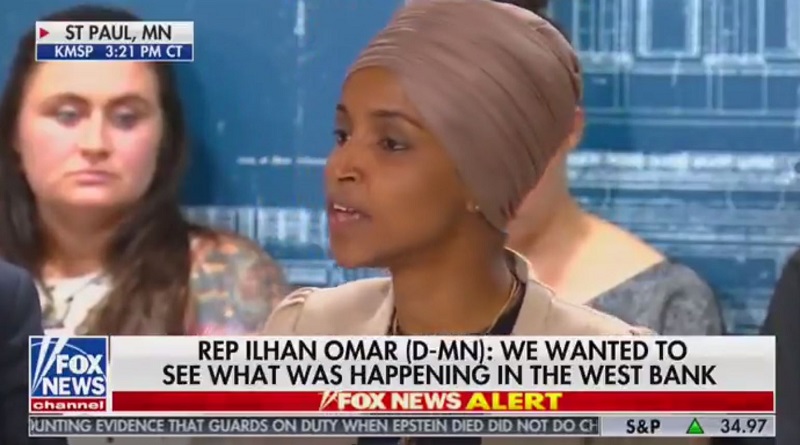