The Marine Corps announced yesterday that LTC Stuart Scheller will face a special court martial over violations of the UCMJ. The charges include Article 88 (contempt toward officials), Article 89 (disrespect toward superior commissioned officers), Article 90 (willfully disobeying a superior commissioned officer), Article 92 (dereliction in the performance of duties), Article 92 (failure to obey order or regulation) and Article 133 (conduct unbecoming an officer and a gentleman). He was placed in the brig for one week prior to the news that charges were being filed.

LTC Scheller was relieved of his battalion command in August after posting a video that sent ripples through the US military. In it, as we previously reported, he chose to take his commanding officers to task for the disastrous withdrawal from Afghanistan, and asked for accountability from them. He knew at the time that he would be subject to punishment. Knowing that didn’t make it any easier for him to throw away his career in the Marine Corps, but he did it. Now the Corps has decided to punish him instead of allowing him to quietly leave after 17 years.

He went on to post several other videos, which is what landed him in the brig for a short period of time.

Scheller was incarcerated at Regional Brig for Marine Corps Installations East aboard Marine Corps Base Camp Lejeune for one week for violating a gag order regarding posting on social media. GOP members of Congress came to his aid and demanded that he be released from pretrial confinement. He was released one week later after a deal was reached with his attorneys. On October 6, the Marine Corps stated that he would be court martialed over the other charges.

In a letter to the U.S. Marine Corps Commandant, my colleagues and I have asked that LTC Stuart Scheller be released from pretrial confinement: pic.twitter.com/vTSBXTvKvh

But a document provided to Coffee or Die Magazine on Monday revealed that Scheller and a Marine Corps legal team led by Lt. Col. Alan Schuller appear to have hashed out a rough “de-escalation and mitigation” plan for adjudicating the contemptuous statements the 17-year combat veteran allegedly uttered.

The records also indicated that a coalition of 21 Republican lawmakers, led by US Rep. Louie Gohmert of Texas, has blessed the deal and has urged Navy Secretary Carlos Del Toro and Scheller’s commanding general, Maj. Gen. Julian D. Alford, to greenlight it.

“Lt. Col. Scheller is willing to accept responsibility for speaking out by resigning his commission,” Gohmert wrote in a letter provided to Coffee or Die. “No other military leader has shown such integrity for their missteps during the retreat and surrender that failed.”

Carl Prine, at Coffee or Die

Scheller through his attorneys allegedly offered to plead guilty to some but not all of the six charges against him, and asked that he be given a discharge under honorable conditions, which is one step below an honorable discharge. It is unclear at this time whether the Marine Corps will go fully along with the plan. 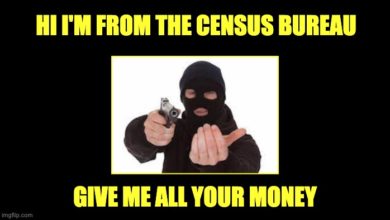