When Virginia’s new governor, Glenn Youngkin, decided that parents could choose whether their own children had to wear masks to schools, officials in several districts sued him, demanding their own restrictions be used.

A court hearing was held this week and Judge Louise DiMatteo said her decision should come soon, within days.

But meanwhile, the threats from schools apparently are continuing.

The Citizen Free Press posted a video of one assistant elementary school principal delivering a warning about “trespassing.”

In Virginia, trespassing is a Class I felony that holds a 12-month jail sentence or $2,500 fine pic.twitter.com/lawXgLIfI5

“It will be considered trespassing so it’s important that I make that statement to you. We’ll look forward to hearing from you via phones so you can let us know,” she said.

Questioned about the length of a suspension for a noncomplying student, she suggested it was indefinite. Or until, she said, they are in compliance with regulations.

The original online comment was quickly corrected to reflect trespassing is a misdemeanor, not a felony.

But the state had something to say, too.

.@GovernorVA and I are joining Loudoun County parents in their lawsuit against the School Board for ignoring Executive Order Two & denying an "opt out" option for parents. https://t.co/D7tG3qmYgD

In an online posting, he said, “The governor, attorney general, and the superintendent of public instruction filed a motion today to join Loudoun County parents in a pending lawsuit against their school board. The Loudoun parents are suing their school board for ignoring the governor’s Executive Order Two and preventing an ‘opt out’ option for mask mandates. After nearly two years in this pandemic, we have better risk mitigation strategies and vaccines, and we know much more about the efficacy of requiring children to wear masks all day.”

Miyares noted that former Gov. Ralph Northam, who was famous for once openly discussing how babies who survive abortion would have their life, or death, determined in a discussion between the mother and the doctor, used his executive powers to close churches, businesses and schools and impose a mask mandate.

Now, he explained, Youngkin is using the same power to give parents the decision on whether their children wear masks.

Lawyers for the school districts say they should have the authority to make those decisions because the CDC recommend masks.

Parents also have sued the schools over the dispute. 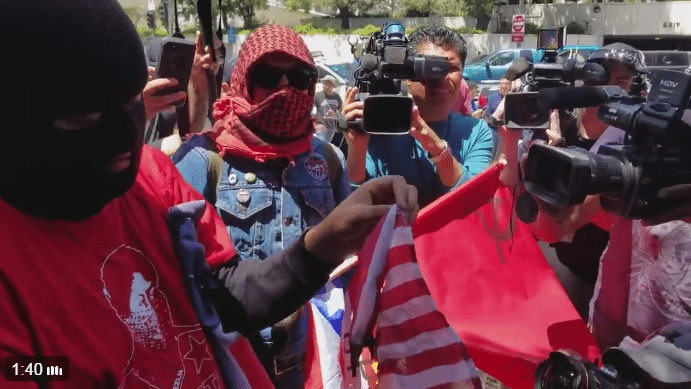