This is vindication for the parents who were vilified in the media and by the National School Board Association (NSBA) as “domestic terrorists.” They’re now demanding an apology.

After a heated June 22 Loudoun County School Board meeting addressing the transgender policy in schools, Scott Smith was unfairly maligned as a “domestic terrorist” by the National School Board Association and as a bigoted “transphobe” the media before it was reported that his daughter had been raped in a high school bathroom by a “boy in a skirt.”

Smith was arrested and charged with two misdemeanors, disorderly conduct and obstruction/resistance without force. He was found guilty and sentenced to 10 days in jail, all of it suspended contingent on a year of good behavior. Smith has appealed the decision and filed a motion to change the trial venue and another to have Loudoun County Commonwealth’s Attorney, Buta Biberaj, barred from prosecuting the case directly. Biberaj had recommended the release with an ankle monitor of the “boy in the skirt” who raped Smith’s daughter and, while prosecuting the case, had shockingly suggested that there “were two sides” to the assault. Biberaj said, “[W]e know what sometimes is reported initially is not then what the end result of all the facts are.”

The National School Board Association (NSBA) made Smith the poster boy for “domestic terrorism” by parents who opposed what is happening in public schools by referring to him in the letter they coordinated with the White House.

Just a few weeks ago, the Daily Wire broke the story that Smith’s daughter had been raped in the bathroom by a “boy in a skirt,” and the family had stayed quiet pending the October court date but refused to stay silent after the teen assailant was accused of a second sexual assault in another school.

The boy, who has not been named because he is a minor, will return to court on November 15 for sentencing. He has also been charged with sexually assaulting another girl at a different school in the same Virginia school district in October.

The released details are disturbing and confusing, and it appears that all of the focus educators place on “consent” isn’t being heard by some students.

The “boy in the skirt” says that because the pair knew each other and had “fooled around” before, he assumed his victim consented to the forcible bathroom rape on May 28.

The boy’s account also gets very confusing where he says that he “stopped” because he “knew he was hurting her” and that the rape only occurred because the skirt he was wearing got caught on his watch.

The juvenile court trial heard how the girl and boy were friends and had previously ‘hooked up’ with her consent, but that on May 28, he attacked her.

He also told detectives in some of his early statements that he ‘stopped’ because he knew he was ‘hurting the girl’, but also claimed the sexual assault only happened when his ‘knee length skirt got caught on his watch’.

The pair chatted daily on an app called Discord, according to the boy’s attorney, and regularly discussed sex. They had met up in the girl’s bathroom at Stone Bridge High School before, he said, to fool around.

The boy’s attorney, William Mann, argued that because they’d had consensual sex before – in the bathrooms – he was reasonable in assuming consent on May 28.

The judge disagreed. The boy is also facing another sexual battery charge on a different girl at a different school in the district. That case has not been resolved yet, and he will return to court on November 15 for sentencing.

The case became the searing tip of a raging debate in Loudoun County over transgender students’ rights and parents’ freedom of speech. The row culminated in the June 22 meeting when Smith was dragged out out of the room by cops.

He was ridiculed by the left and made to seem like a bigoted transphobe when it was unknown in the public record at the time that his daughter had been assaulted.

The Smiths are “relieved” but also demanding an apology from the NSBA for being labeled “domestic terrorists” for coming forward at the school board meeting in June to make other parents aware that their ninth-grade daughter was raped in the bathroom by a “boy in a skirt.”

In a September 29 letter, the NSBA urged the President to sic a veritable alphabet soup of federal agencies on parents protesting at school board meetings and seek “appropriate enforceable actions” under several provisions, including the post-9/11 PATRIOT Act.

The arrest of Scott Smith at the June 22 Loudoun County School Board meeting was referenced in the footnotes of the letter.

It was so outrageous — especially after it was revealed that Scott’s daughter had been raped — that the NSBA had to walk it back even though the DOJ had taken on the task to go after her parents.

The student’s at the High School are protesting:

The Smiths are currently pursuing civil action against the Loudoun County School District under Title IX for covering up the rape.

Smith is now demanding an apology from the NSBA, or he will file a lawsuit for defamation.

A statement from Smith issued after the NSBA’s disavowal of the letter says, “I am a father who cares deeply for his daughter, who would go to the ends of the earth to protect both her and other students who attend public school in Loudoun County from suffering what she has suffered due to the misguided social policies adopted by the school board. I am not a ‘domestic terrorist.’ The NSBA defamed me, impugning my reputation and that of other concerned parents who dared challenge our local school board. I am owed an apology, and I deserve one. I demand the NSBA retract its statement that I am a ‘domestic terrorist,’ or I will have no choice but to seek a court to do it for them.”

Scott Smith should milk the Loudoun County School Board and the National School Board Association for all they’re worth. 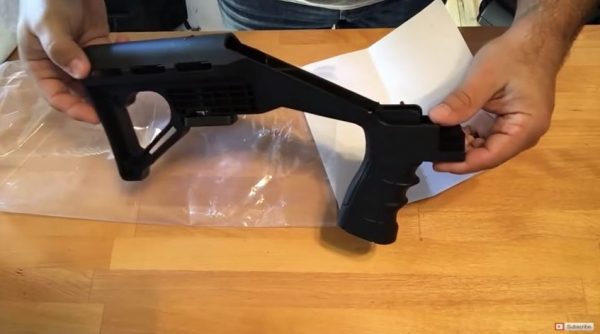 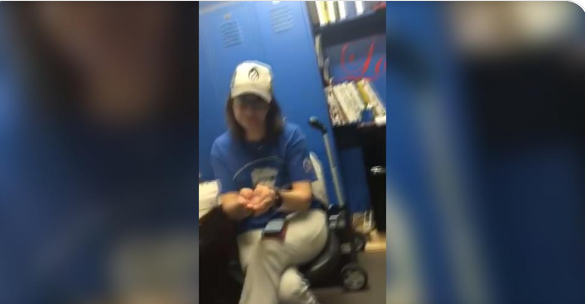 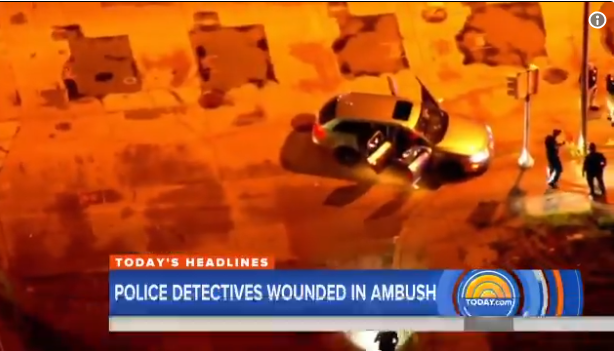 Camden, New Jersey Detectives Ambushed While Sitting in Their Car 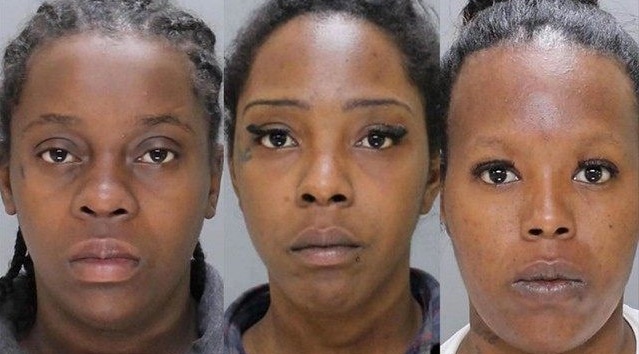