Station KUSI out of San Diego was contacted by CNN for a local story on the wall at the Southern Border. When the information came back that the Border Patrol agents all said it was a huge help, CNN decided not to use the story and told them it was a “non story.”

“We called several local stations to book someone for a show. We didn’t end up booking any of them. That happens many times every single day. We did, however, book a reporter from KUSI for a story on immigration and the border wall in November. This is a non story.” 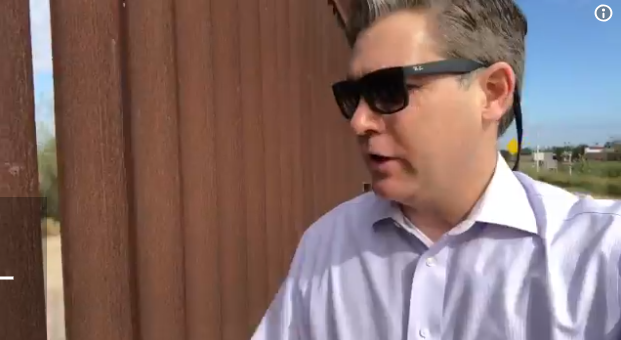 Thursday morning, @CNN called the KUSI Newsroom asking if a reporter could give them a local view of the debate surrounding the border wall and government shutdown. After we informed them about our past reports, they declined to hear from us.

“Oliver Darcy, who usually leads CNN campaigns to blacklist the network’s critics from social media, also ripped into KUSI with a tweet attacking Mike McKinnon, the president and general manager of KUSI, for daring to criticize CNN.”

And people noticed that too. As the backlash against CNN began in earnest.

“lol we just didn’t use them… it was totally NOT because they wouldn’t say what we wanted them to say!”

How dense are you?

You decided that a story showing how well the wall works isn’t relevant. Does that mean you are defending yourself with incompetence rather than malice?

So you admit you wanted to book them if you agreed with their reports, but since it didn’t fit your narrative you cancelled? #hiddenfacts

CNN pretends to be a news media, but is actually a propaganda factory. All of the above activity probably wasn’t helped by their golden boy Jim Acosta, who proved the President’s point about walls in a tweet from McAllen, Texas.

I found some steel slats down on the border. But I don’t see anything resembling a national emergency situation.. at least not in the McAllen TX area of the border where Trump will be today. pic.twitter.com/KRoLdszLUu

All quiet on this stretch of the border ahead of Trump’s visit to McAllen TX area. pic.twitter.com/cJ9tBwdCSd

Note that Acosta was so brilliant as to choose a section of the border that actually HAS a barrier and is quiet to complain about the President wanting a barrier. SMH