It is often said that life imitates art, and these days that is particularly true on the mean streets of our major cities.  Violent criminals just keep getting more brazen, and murder rates are soaring all over the nation.  As you will see below, one official in Los Angeles is actually comparing what is now happening to a horror movie that came out a number of years ago called “The Purge”.  But in that movie, violent criminals only had one night each year to run wild.  Unfortunately, in America today they are running wild every single night.

Perhaps some of you think that I am exaggerating, and so let’s look at some hard numbers.

At this point, there are 12 large U.S. cities that have already broken their all-time murder records for an entire year…

At least 12 major U.S. cities have broken annual homicide records in 2021 — and there’s still three weeks to go in the year.

Of the dozen cities that have already surpassed the grim milestones for killings, five topped records that were set or tied just last year.

“It’s terrible to every morning get up and have to go look at the numbers and then look at the news and see the stories. It’s just crazy. It’s just crazy and this needs to stop,” Philadelphia Mayor Jim Kenney said after his city surpassed its annual homicide record of 500, which stood since 1990.

And with more than half of December still remaining, more cities will be joining that list by the time the year is finally over.

In Los Angeles, violent crime numbers are going up so fast that it is difficult to believe that the figures are actually real…

The LAPD reports that in the first 24 weeks of 2021, reports of shots fired were up 48 percent. The number of people wounded by gun violence was up 50 percent and homicides were up 26 percent.

The environment in the city has completely changed.  During a recent television interview, the head of the LA Police Protective League warned tourists not to come to his city this holiday season…

“My message to anyone thinking about coming to Los Angeles, especially during the holiday season, is don’t,” Jamie McBride, the head of the LA Police Protective League, the union representing LAPD officers, said in a television interview.

What a thing to say.

“We can’t guarantee your safety. It is really, really out of control. I said it to people before, it’s like that movie ‘Purge,’ you know, instead of 24 hours to commit your crime, these people have 365 days days to commit whatever they want,” McBride said.

This isn’t some random guy on the Internet saying this.

This is the head of the union that represents police officers in Los Angeles.

Crime is so out of control in L.A. that even people that don’t like guns are arming themselves.  The following comes from a New York Post article entitled “Beverly Hills residents arming themselves with guns in wake of violence”…

“I’ve always been anti-gun,” said Debbie Mizrahie of Beverly Hills. “But I am right now in the process of getting myself shooting lessons because I now understand that there may be a need for me to know how to defend myself and my family. We’re living in fear.”

Of course things aren’t much different in northern California.

In fact, an atmosphere of “lawlessness” is seemingly everywhere in San Francisco at this point…

The pandemic emptied parts of San Francisco and highlighted some of its drawbacks: human and dog feces smeared across sidewalks, home and vehicle break-ins, overflowing trash cans, and a laissez-faire approach by officials to brazen drug dealing. Parents despaired as public schools stayed closed for most of last year as nearby districts welcomed children back to the classroom.

Meanwhile, residents and visitors scurry past scenes of lawlessness and squalor. Just steps from the Opera House and Symphony Hall, drug dealers carry translucent bags filled with crystal-like rocks or stand outside the public library’s main branch, flashing wads of cash while peddling heroin and methamphetamine.

During normal times, we rely on the police to protect us from lawless criminals, but in America today the police are under siege.

I really like how Heather Mac Donald recently made this point…

“I can tell you across the country in the United States today, when cops get out of their car to make an inquiry, to question somebody who’s acting like he’s pulling up his gun out of his waistband, to go into a drug set, they find themselves routinely surrounded by hostile jeering crowds throwing things at them,” she said. “They’re assaulted.”

“This is what it’s like to be a cop in America today,” she added.

Every single day, police officers put their lives on the line when they go to work.

314 police officers have been shot so far in 2021, and the final number for this year will inevitably be even higher.

Meanwhile, the mainstream media and many groups on the left continue to relentlessly demonize the police, and this is driving good people out of the profession in record numbers…

A workforce survey released in June by the Police Executive Research Forum found the retirement rate in police departments nationwide jumped 45% over 2020 and 2021. And another 18% of officers resigned, the survey found, a development which coincided with nationwide social justice protests and calls to defund law enforcement agencies following the death of George Floyd at the hands of Minneapolis police officers.

As the trends that I have discussed in this article continue to escalate, it is likely that 2022 will be even worse.

But before I end this article, I want to make a very important point.

The worst criminals in America are not the violent thugs in our streets.

Often, the worst criminals dress in suits and walk the halls of power.  For example, just check out what a CNN producer was just charged with doing…

The CNN producer charged with luring a mother and her nine-year-old daughter to a rental home in Vermont for ‘sexual subservience’ training also told someone else he’d ‘trained’ girls as young as seven.

John Griffin, a producer on CNN’s New Day and worked for Chris Cuomo, was charged last week by federal prosecutors in Vermont who say he paid for sex with underage girls, including one whose mother he convinced into letting her visit him.

Needless to say, his case in not an isolated incident.

In all my years, I have never seen such utter lawlessness in America.

And if you have read my most recent book, then you know that I believe that things are going to be getting a lot worse.

Just about every form of evil that you can possibly imagine is exploding in our society, and our country has now become unrecognizable.

Decades of incredibly bad decisions have brought us to this point, and the years ahead are going to be more chaotic than most people would dare to imagine. 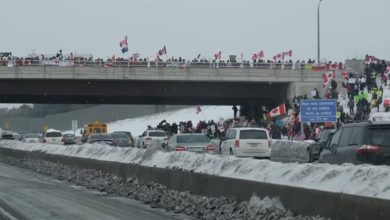 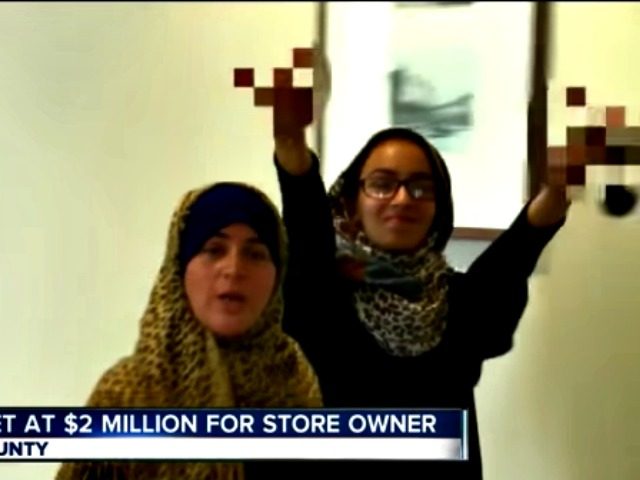